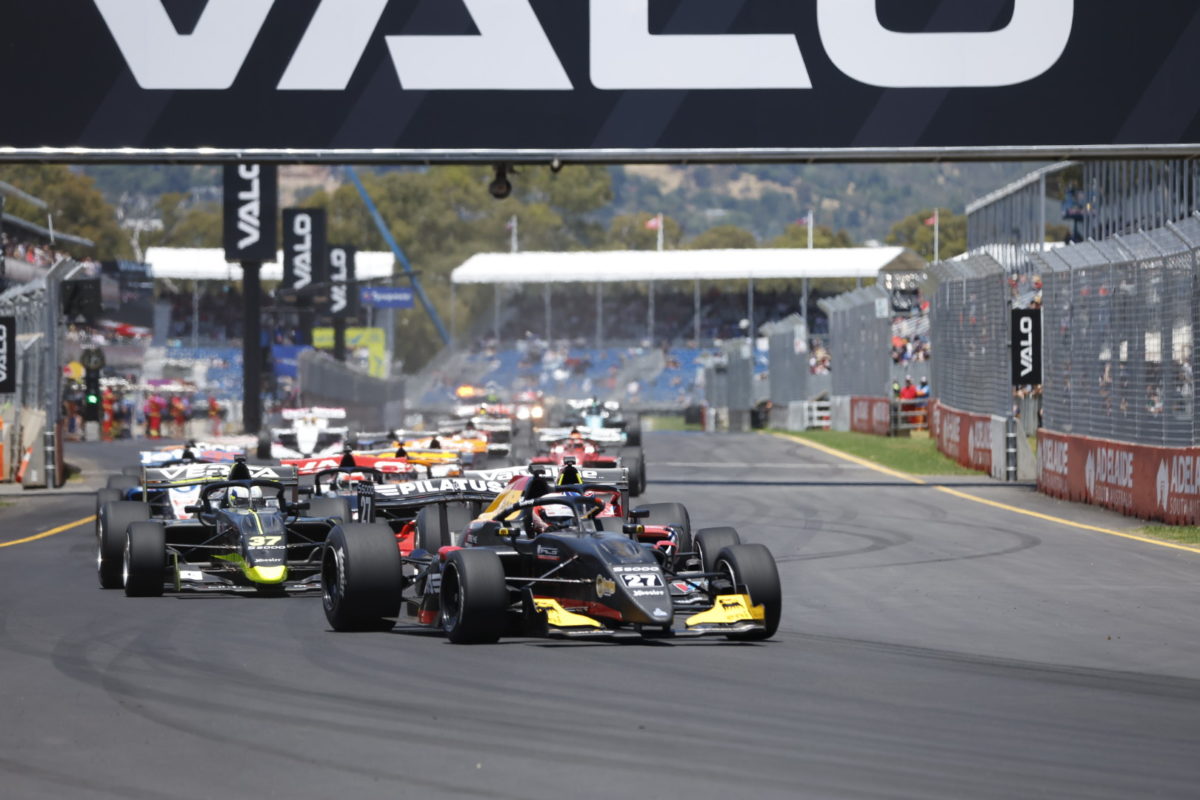 Pilatus Team BRM driver Joey Mawson has claimed victory in Race 2 of the S5000 Tasman Series at the Valo Adelaide 500 to slash title-rival Nathan Herne’s advantage to a single point ahead of tomorrow’s series finale.

The two-time Australian Drivers’ Championship posted the fastest lap as he took the chequered flag in dramatic eight-lap encounter by 1.7s ahead of Cooper Webster, with Blake Purdie completing the final step of the podium.

The victory sees Herne, who won yesterday’s race in dominant fashion, on 177 points to Mawson’s 176, with 50 points for victory on offer in tomorrow’s final race of the season.

After a red flag due to a starting procedure issue, the reset race start saw Mawson take the lead from Herne heading into the Senna Chicane, as Webster moved down the inside of Herne at the Turn 9 hairpin on the opening lap to take second, with former Formula 1 driver Giancarlo Fisichella up to third.

Herne’s horror opening lap saw with him go off the Turn 14 hairpin, dropping him down to 14th at the end of the opening lap.

After starting at the rear of the field, qualifying pacesetter Aaron Cameron moved up into eighth by Lap 2, as Tim Macrow moved past Ben Bargwanna at the Turn 9 hairpin for sixth.

Fisichella pushed hard to hold onto third from Jordan Boys, glancing the wall at Turn 8, as he aimed to maintain position.

While heading into Wakefield Street, Fisichella’s #56 rear control arm failed, the incident causing front endplate damage to the #49 of Boys.

Webster finished as runner-up ahead of Purdie, with Boys in fourth.

Ben Bargwanna was fifth from Cameron, who charged from the rear of the field to sixth.

Herne finished 11th, ahead of Sebastien Amadio, while Macrow and Fisichella did not finish the race.

Mark Rosser did not start the race after colliding with the wall on the formation lap.