Changes to Jeddah street circuit for 2023

Changes to Jeddah street circuit for 2023 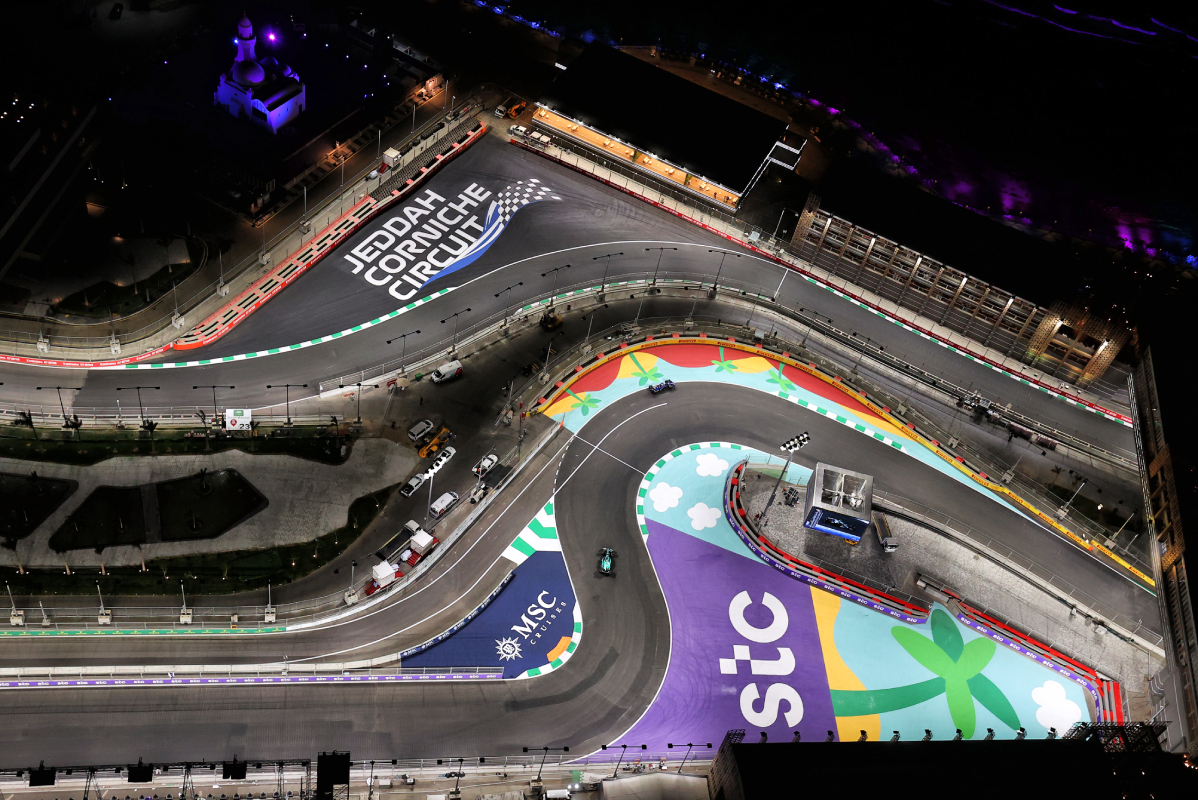 Changes are being made to the Jeddah Corniche circuit for 2023

Changes have been made to the Jeddah Corniche circuit that hosts the Formula 1 Saudi Arabian Grand Prix.

The ultra-fast street circuit first appeared on the calendar in the closing stages of the 2021 season, before moving to Round 2 of 2022.

Between those events, adjustments were made to the placement of barriers in an effort to open up the sight lines for drivers.

Further changes, along the same lines, have now been carried out with a view to next year’s event.

In this instance, that has seen a number of kerbs ‘refashioned’ and the addition of what organisers have termed ‘Rumble Lines’.

They’re designed to offer both tactile feedback to the driver that they’ve strayed to the edge of the track, while simultaneously offering reduced traction.

However, the biggest change is at Turns 22 and 23, with organisers stating that the section has been “squeezed via the adjustment of the fence at T23 and addition of a bevelled kerb with the aim of slowing down the drivers by approximately 50km/h.”

“The evolution of the Jeddah Corniche Circuit continues apace and we are excited to add these further tweaks to our magnificent track as a result of positive consultation with the FIA, F1 and the drivers,” said Martin Whitaker, Chief Executive of the Saudi Motorsport Company.

“The previous two races here in Jeddah have already confirmed the JCC as the world’s fastest and most exciting street circuit and these new developments will only add to the spectacle that fans can expect to see next March when F1 returns to our city.

“It is vital for any circuit to listen and learn from those racing on it and use their feedback to grow and improve at all times.

“We are confident these changes will lead to even faster, more exciting and – crucially – safe racing and we can’t wait to see the world’s greatest drivers battle it out here under the lights again in 2023.” 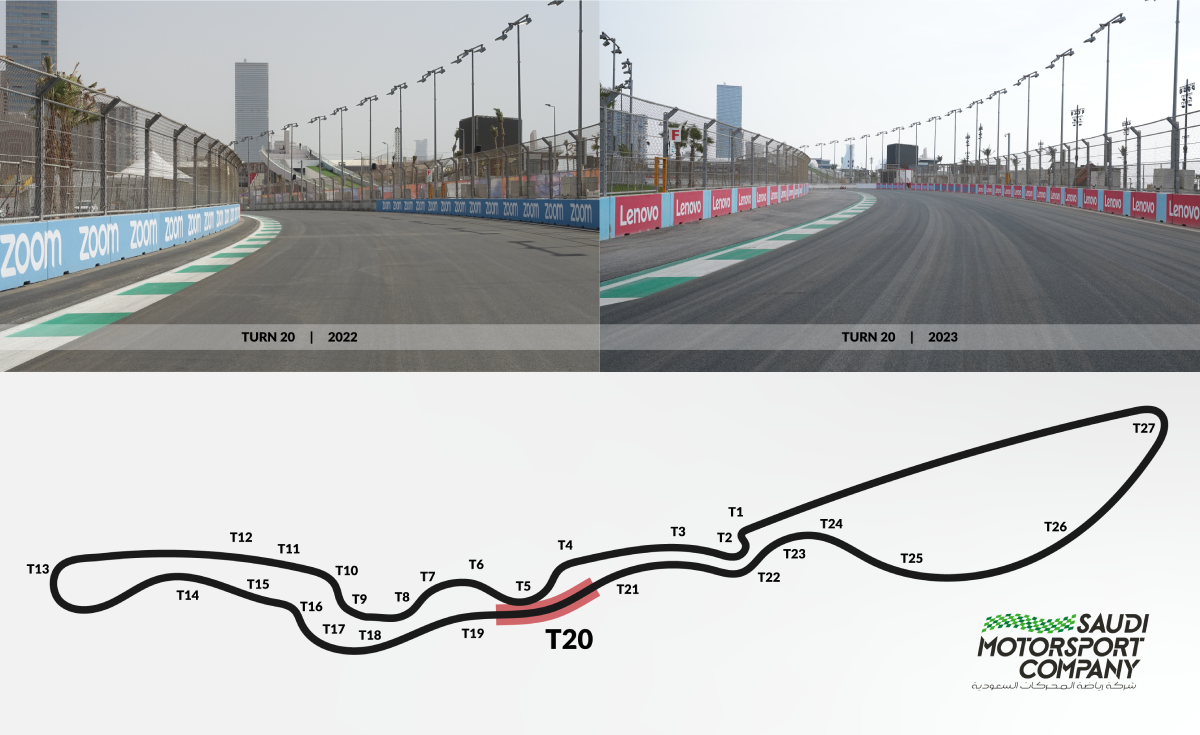 Changes to the Jeddah circuit at Turn 20 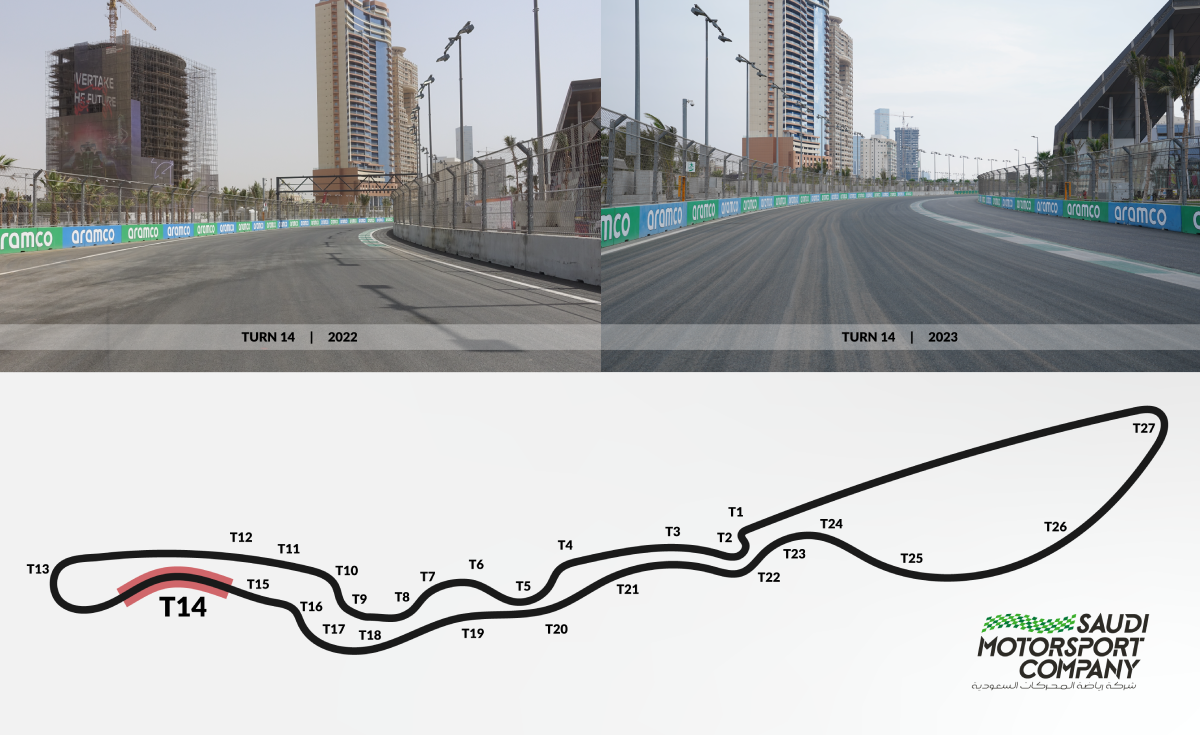 Changes to the Jeddah circuit at Turn 14