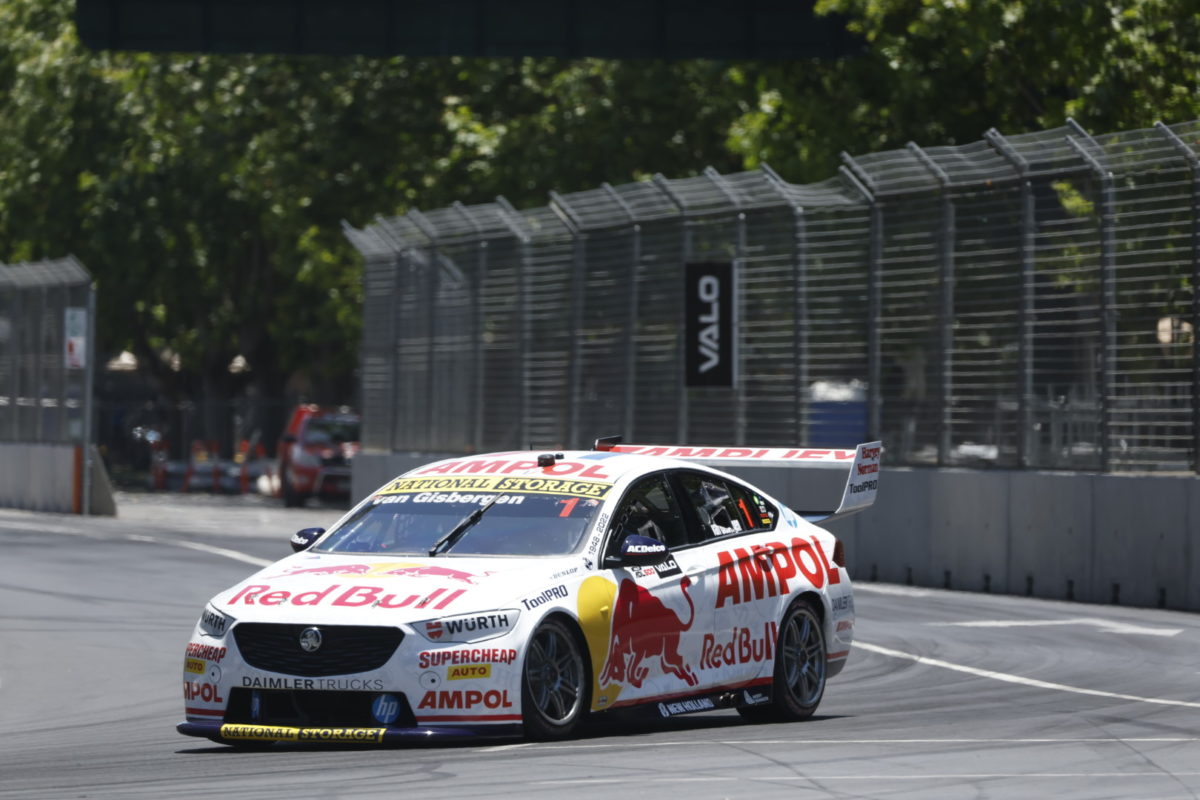 Randle had already knocked off the two-year-old practice record with a 1:19.2326s when the Red Bull Ampol Racing driver pipped him with a 1:19.1992s with the chequered flag out at a newly resurfaced Adelaide Parklands Circuit.

Van Gisbergen had complained of right-hand down steering in the #1 ZB Commodore early in the session, and would then have an off at the end of Wakefield Street (Turn 4), but Waters’ true pace was the big question mark.

He was on to potentially go quickest just before the chequered flag when he scraped the #6 Monster Energy Mustang on the wall exiting Turn 11 and could not improve on his third-run 1:19.3014s.

Waters was fastest to the second sector when he pinched the inside front at Turn 13 and ran off, before Anton De Pasquale (#11 Shell V-Power Mustang) went top with a 1:19.8142s.

Scott Pye (#20 Toyota Forklifts ZB Commodore) then jumped a full three tenths of a second clear when he set a 1:19.5044s and was still two tenths up on the field when Lee Holdsworth (#10 Penrite Mustang) clocked a 1:19.7226s on his second run.

Everyone took green tyres for qualifying simulations in the final three minutes of the half-hour hit-out, and van Gisbergen picked up a kerb hop at Senna Chicane next time through.

Waters would say after the session that he thought he had a 1:19.05s in the lap which would be a 1:19.3197s when he got the concrete while turning into the parklands section of the track.

Randle was thus still top when the chequered flag came out, but would be denied practice honours this time around by van Gisbergen.

Macauley Jones (#96 TRG Transport ZB Commodore) was back on-track after his brush with the Turn 8 wall in Practice 1 on the afternoon prior and would be classified 23rd on a 1:20.3193s.

Qualifying for Race 33 of the season will be held this evening at 17:35 local time/18:05 AEDT, although the grid will not be finalised until the following afternoon’s Top 10 Shootout is complete.