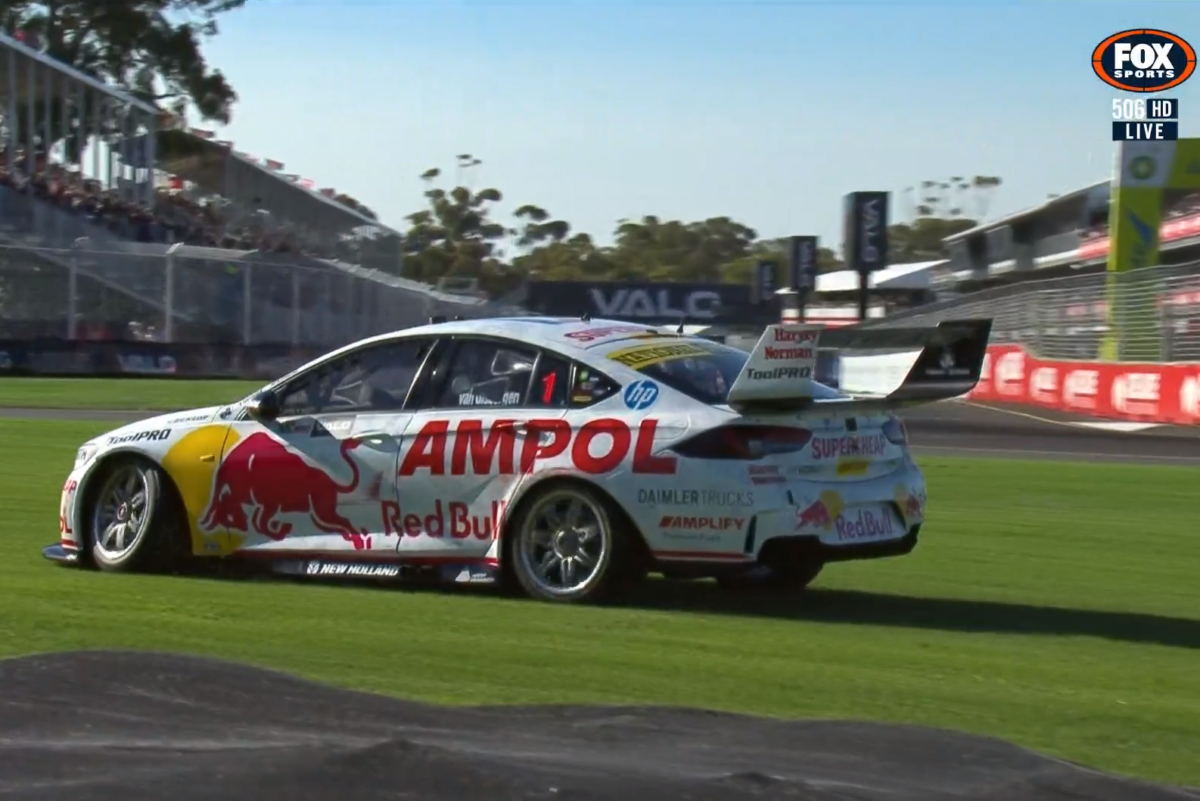 Supercars champion-elect Shane van Gisbergen admits he is “pissed off” with himself after a mistake in Qualifying for Race 33 in Adelaide consigned him to last on the starting grid.

The Red Bull Ampol Racing driver locked up and ran off at Turn 14 while on for a 1:18s lap during his second and final run in the 15-minute session at the Valo Adelaide 500.

The error also ruined his next lap and, having got back onto the track with around a minute remaining before the chequered flag, there would be no time to start another after that.

Van Gisbergen admitted that he pushed too hard to try and wring more time out of the #1 ZB Commodore than it had, instead of settling for a Top 10 Shootout berth.

“My qualifying run was just littered with mistakes,” said the New Zealander, who also picked up a kerb hop at Senna Chicane on his first run.

“The car was very hard to drive, and I was probably pushing a bit too hard and didn’t back it down enough.

“I probably should have accepted to try and get into the shootout rather than go all out and I’m pretty pissed off with myself right now.

“The car obviously wasn’t that great and was impossible to drive on the limit, but we’ll have a catch-up with the engineering group tonight and hopefully make some changes before tomorrow’s final practice run.

“Tomorrow’s race is going to be tough, but we’ll try and get things right for Sunday.”

The rookie said he was caught out by a yellow flag and should have made it into the one-lap dash.

“We had a good start to the day and made really good improvements in Practice 2,” recounted Feeney.

“We ended up that session in fourth place which was really good and I felt like we had a big improvement from the first practice session.

“Our qualifying session was going okay at the start.

“I probably didn’t get the best laps I did in early in the session, but on my last run on my second lap, I was looking like being in the top 10 but managed to get a yellow flag at Turn 9, so I had to back off and lost a bit of time.

“When I came out of the corner it was green again and tried to push on, but it wasn’t enough.

“It was very frustrating because it felt like we should have been in the top 10, but tomorrow’s a new day and we’ll focus on the race car for tomorrow’s final practice session and try to do something different for the race.”