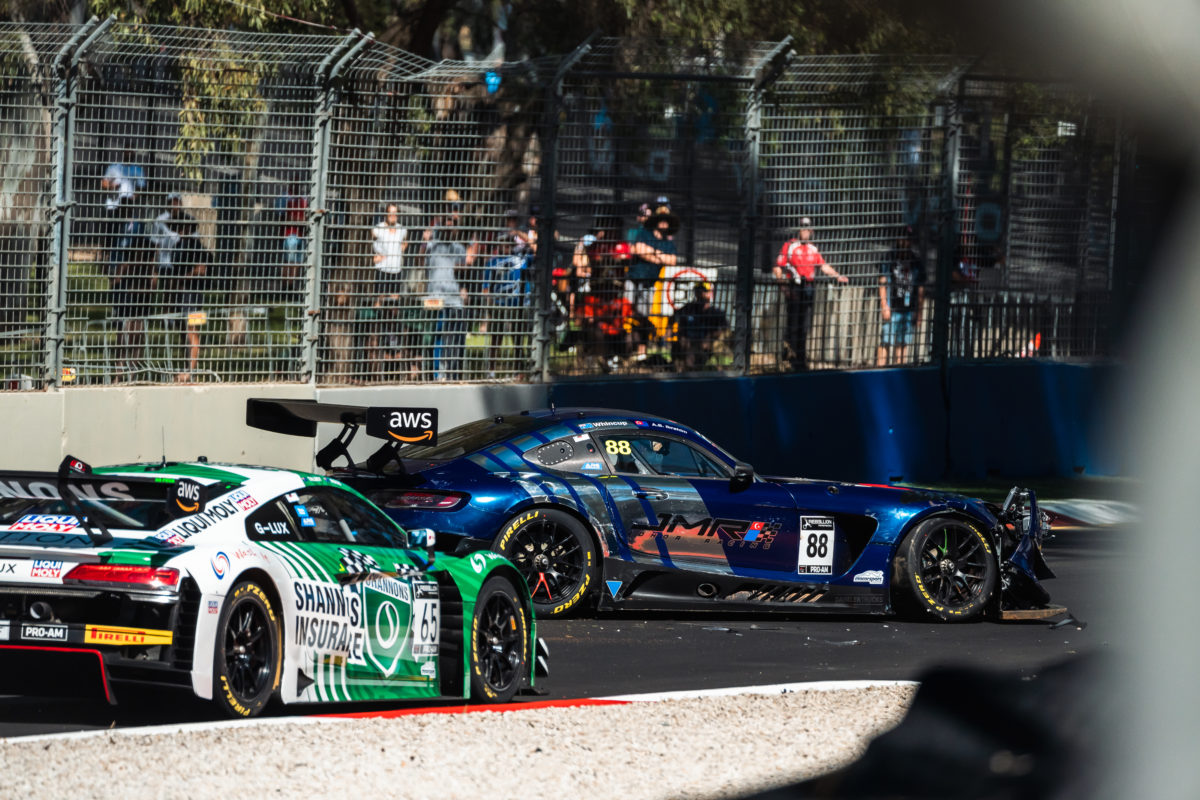 Car #88 went back out, but its sister #888 Mercedes-AMG has been ruled out for the weekend

The GT World Challenge Australia title hopes of Prince Jefri Ibrahim have been dashed after Triple Eight Race Engineering ruled out Car #888 for the rest of the Adelaide weekend.

Ibrahim started the final round of the season second in the Pro-Am pointscore, 11 points behind Yasser Shahin, who is now even further clear of the pack after he and Christopher Mies won Race 1 in the #1 Audi R8 LMS Evo II.

Car #888 hit the wall entering the final turn at the Adelaide street circuit during the first of the morning sessions with Ibrahim at the wheel, while Jamie Whincup also crashed at the Senna Chicane in the sister #88 Mercedes-AMG GT3.

“It went in pretty hard. Unfortunately, it has pushed the engine back and made a bit of a mess, so that’s going to be a re-shell for sure.

It’s the second GT event in a row that has claimed a Triple Eight Mercedes-AMG after Prince Abu Bakar Ibrahim’s dramatic incident at the top of Mount Panorama during the Supercheap Auto Bathurst international.

“We were just fortunate enough to have our two cars from Japan on the way back here,” remarked Simpson.

“We managed to get the cars released from customs last Friday, then we went straight to The Bend to do our prep, we didn’t get a chance to turn a wheel and ended up straight here.

“Luckily we knew they were pretty good coming out of Japan.”

Whincup Abu Bakar Ibrahim would be a DNF from Race 1 due to a technical problem which forced the latter into the pits late in the piece.