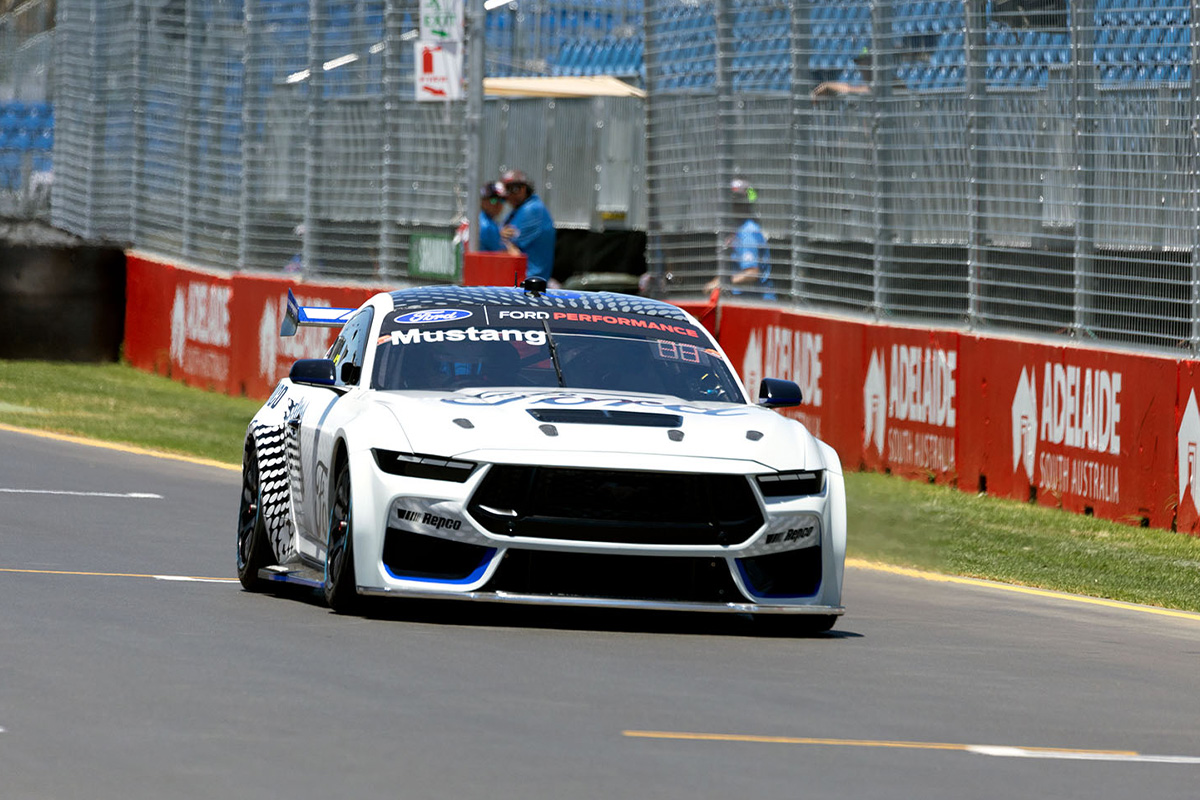 Supercars has admitted the Gen3 homologation process is yet to be finalised after question marks were raised by one manufacturer.

The category recently conducted its latest VCAT process on the Gen3 prototypes ahead of the Chevrolet Camaro and Ford Mustang’s introduction next year.

Over the five-day programme, the objective was to achieve aerodynamic parity between the new breed of vehicles, which are being homologated by Triple Eight Race Engineering (Chevrolet) and Dick Johnson Racing (Ford).

It is understood that Ford is unhappy with the test procedure and final result, and that the Blue Oval has not signed off on VCAT.

That comes after the championship had declared it a success.

Supercars’ Head of Motorsport, Adrian Burgess explained to select media, including Speedcafe.com, there are still elements of the homologation process that are outstanding.

That includes the finalisation of engine specifications and the centre of gravity, the latter of which was a hot topic in 2019.

“Our parity process is over many pillars of parity, so until all of that homologation process is finished, we’ll continue working with both the manufacturers — and obviously Supercars and the homologation teams — until we’re all happy and the process is actually finished.

“We’re working with them, we speak with them daily, and the homologation of the car is over many factors.

“So the car isn’t homologated; we’re ticking off a couple of the pillars of parity but it’s an overall that gives us the car and gives us the close racing and they’re all interlinked.

“Whilst aero is one part of it, there are other parts that feed into that same parity and we’ll continue to work with them and work hard to achieve that.”

When the Ford concerns were put directly to Burgess, he said: “Of course we care what they think and we talk with them daily.

“The other parts of the parity process need to come together for it all actually to make sense and then for both manufacturers and Supercars to agree that the cars are homologated.

“There is no interest in Supercars signing off on something when we haven’t got everything else lined up with it.

“Unfortunately, the media hype is focussing on one part of the process but I need a couple other parts of the process to be finished and aligned and then they will actually make sense together.”

Ahead of the 2020 season, the VCAT process was re-done after issues emerged with the data following evaluation.

Burgess stated that is not on the cards this time around, alluding to the other aspects that need finalisation in terms of parity.

“A few years ago there was an error in the process and we didn’t believe the numbers,” he added.

“We found that error in the process and we went back and did it again.

“That’s not a concern for me, we’re confident in the numbers that we’re generating, but there are other factors in the track running that is an area we’re still working on and still parasitising.”

The Camaro and Mustang test mules are conducting demonstrations at this weekend’s Valo Adelaide 500.