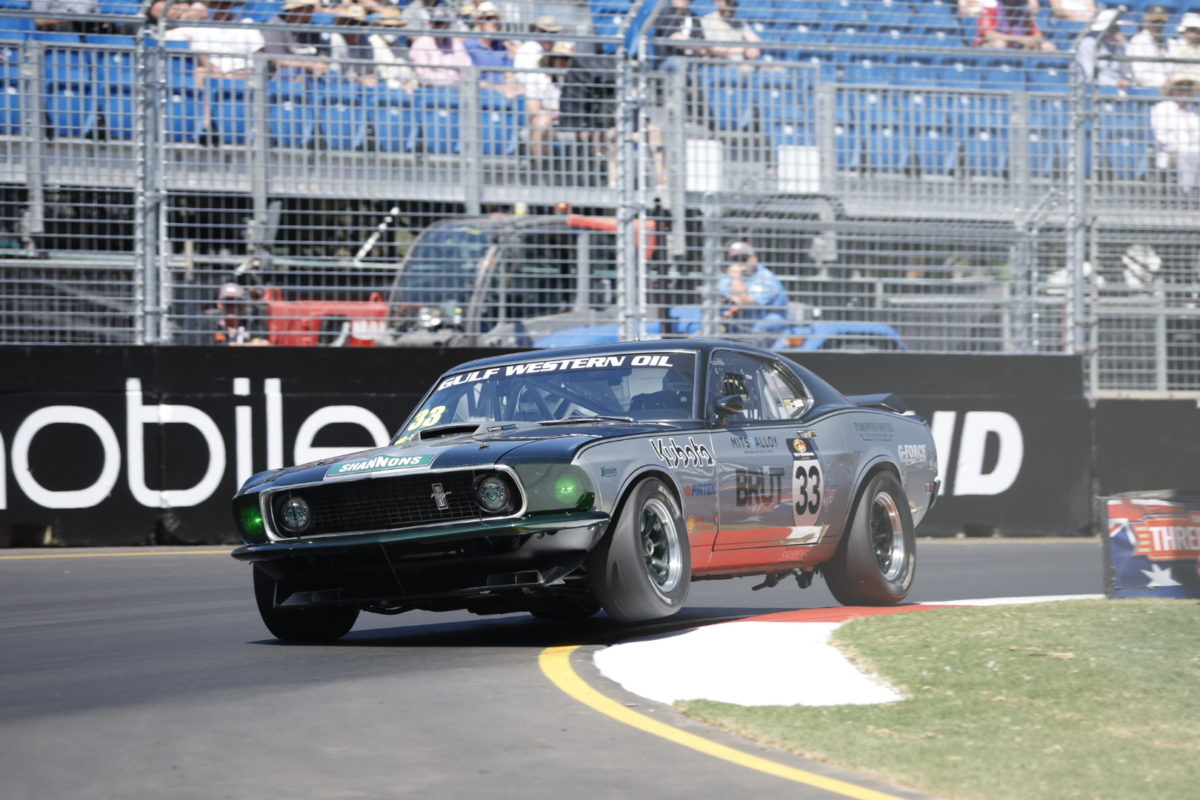 Johnson took the chequered flag to claim his 50th race win in TCM, ahead of Holden Torana A9X driver Andrew Fisher, with Trophy Race winner George Miedecke rounding out the podium in his Chevrolet Camaro RS.

Miedecke passed Hansford for third ahead of the Turn 9 hairpin on Lap 4, leaving the latter within sights of fellow title contender Bowe in fifth.

Later in the lap, Bowe made a lunge on Hansford at the Turn 14 hairpin, but didn’t pull off the move.

At the front of the field, Johnson went onto seal victory by 0.7823s over Fisher, with Miedecke in third.

Hansford was fourth, extending his series lead by six points, as Almond finished in fifth.

Bowe was sixth, as Holden Torana A9X driver Danny Buzadzic prevailed over McLeod after a late-race dice for seventh.

Leo Tobin (Ford Mustang), Jason Palmer (BMW E30) and Chris Meulengraaf (Porsche 911 IROC) rounded out the field, as Dave Hender did not finish after finding the wall at Turn 11 in his Ford Falcon XY GT.