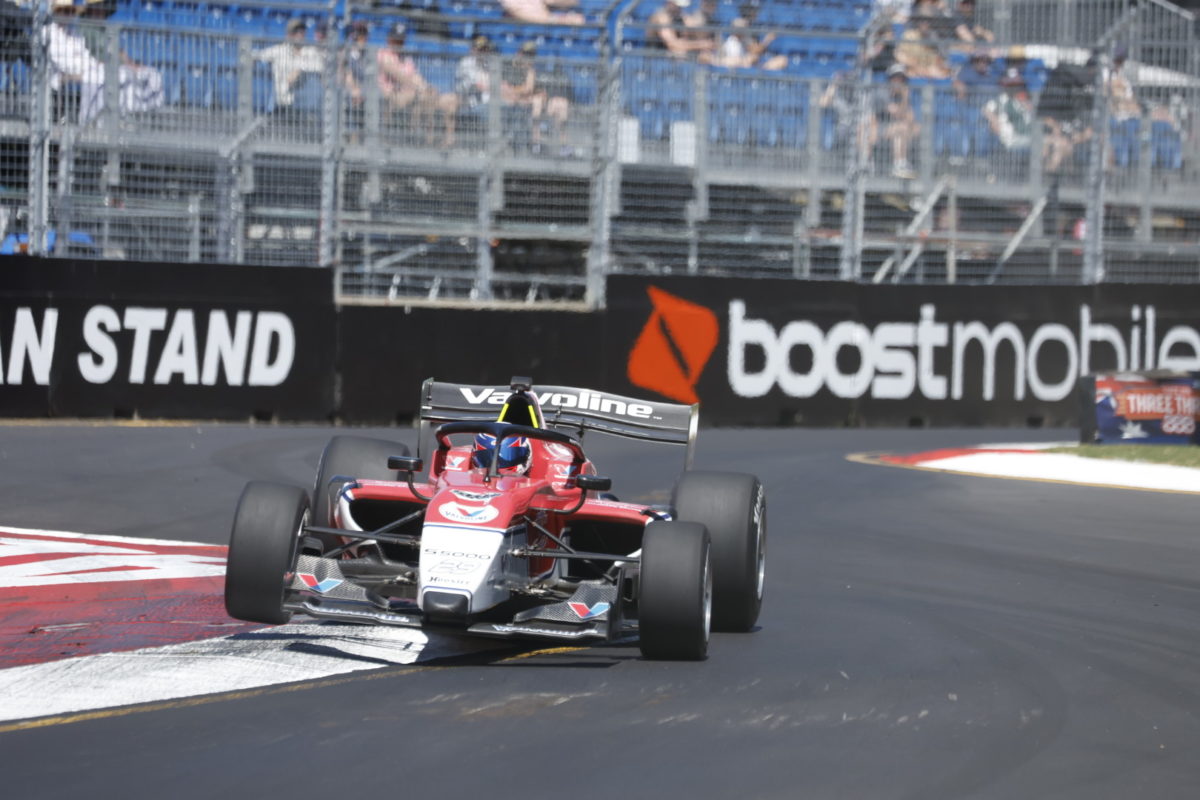 Herne took the chequered flag 2.5270s clear of Joey Mawson to take his fourth win in the Tasman Series from four starts, with Cooper Webster completing the final step of the podium.

The Garry Rogers Motorsport driver started well to take the lead from pole-sitter Aaron Cameron, as a move from Mawson saw him displace Webster for third.

Herne and Cameron drove away from Mawson, with the gap 1.2s to the latter in third place.

After setting the fastest run through Sector 2 at the time with a 0:19.1479s, Cameron ran wide at Turn 11, with the right rear of the #18 collecting the tyre bundle at that corner, with Mawson moving up into second and Webster third.

While running in fourth, Fisichella displayed solid pace in the #56 Team BRM entry, setting the then-fastest first sector of the race on Lap 8 with a 0:26.6185s.

Herne sealed victory the following lap from the lap record holder, with Webster in third.