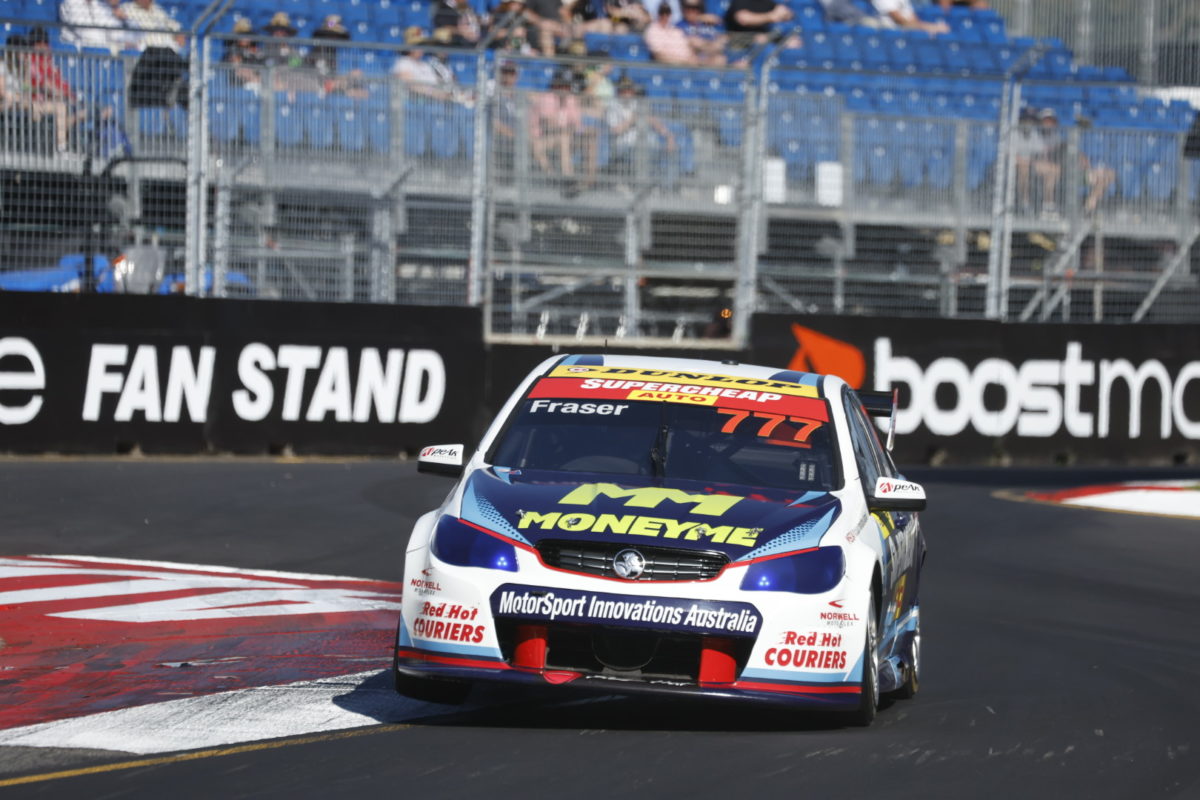 Super2 Series leader Declan Fraser has ensured he will start from pole position in both races at the season-ending Valo Adelaide 500.

In doing so, he pipped Tickford Racing’s Zak Best to pole position for the second race of Round 6 at the Adelaide Parklands Circuit by 0.1269s, while privateer Matt Chahda (#18 Matt Chahda Motorsport FGX Falcon) earned third on the grid with a late 1:19.8102s.

Aaron Seton (#30 Matt Stone Racing VF Commodore) then jumped to the top with a 1:20.3929s as most rolled back into the pits after just a single flyer on their first runs.

Fraser came back out to punch out the first ever ‘19’ in Super2 on the now mostly resurfaced streets of Adelaide, before Hill provisionally got back onto the front row with a 1:20.1197s.

Hill reclaimed third position with a 1:19.9854s just before the chequered flag, only to get shuffled to the other side of the front row when Chahda punched out a 1:19.8102s.

Jaylyn Robotham (#999 Image Racing VF Commodore) looked like giving pole position a nudge until he pinched the brakes at Turn 14 and ultimately claimed ninth on the grid with a 1:20.4267s, one spot up on debutant Lochie Dalton (#8 Brad Jones Racing VF Commodore).

In the preceding Super3 half of the session, series leader Kai Allen (#26 Eggleston Motorsport VE Commodore) took another class pole with a 1:21.1221s.

He is set to start 15th on the grid while title rival Brad Vaughan (Anderson Motorsport) claimed second in class and 18th outright courtesy of the 1:22.5460s on his only flying lap before damaging the #5 FG Falcon with a scrape of the wall exiting Turn 11.