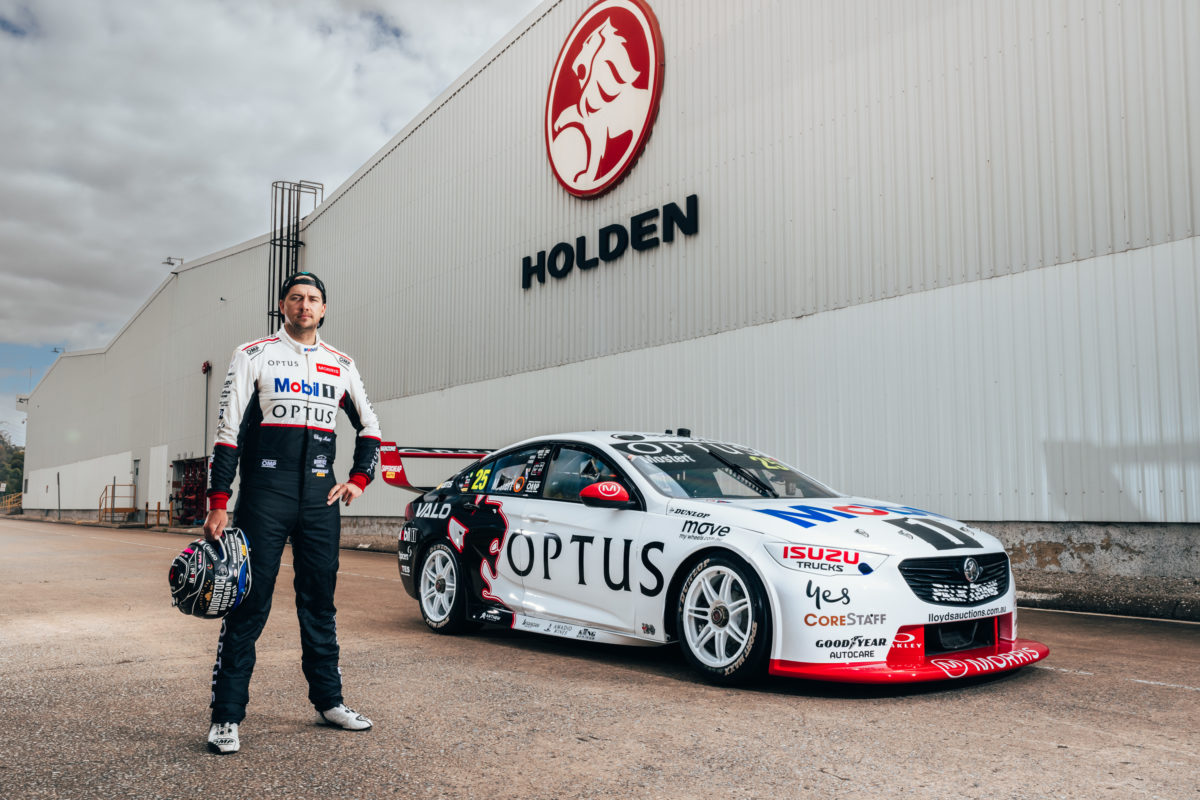 Chaz Mostert is unfazed by suggestions of a retro livery ‘curse’ as he prepares to contest the Valo Adelaide 500 with an early-1990s Holden Racing Team look.

Walkinshaw Andretti United has thrown back to its formative years in the Supercars Championship, then the Australian Touring Car Championship, in recognition of what is a doubly significant occasion for the Clayton-based operation.

Not only is this weekend’s event the last for Holdens in the ATCC, after the brand’s retirement from new car showrooms in 2020, it is also WAU’s last with General Motors, having competed as its official factory team for 27 years.

It will field Ford Mustangs in 2023 but its two ZB Commodores will this weekend race with a look reminiscent of the VL Commodore in which Win Percy and Allan Grice delivered the Walkinshaw HRT’s first Bathurst 1000 victory, 32 years ago.

Retro liveries have, however, had mixed success at best.

While they have certainly finished on podiums, with recent examples including Triple Eight Race Engineering’s second place in the 2019 Bathurst 1000 (courtesy of Shane van Gisbergen/Garth Tander) with a 1971 Holden Dealer Team livery, they seem to attract more than their fair share of misfortune.

In fact, a livery reasonably described as ‘retro’ has never won a Supercars race, even in the four years when Sandown 500 was the official Retro Round.

WAU won as the HRT with its standard livery of the day in 2016, Tickford Racing claimed line honours in 2017 with its Monster Energy car which is always predominantly black, and Triple Eight prevailed with its normal Red Bull HRT hues in 2018 and 2019.

On the other hand, Dick Johnson Racing, for example, opted for a 1998 EL Falcon livery to celebrate its 1000th race at this year’s Bathurst 1000, but ended the weekend with results of seventh and DNF.

Mostert, however, is not reading anything into such history.

“I don’t believe in curses, I just believe in hard work, and no doubt our team this weekend is up to the challenge,” he told Speedcafe.com.

“I don’t think normal set-ups that have been around here in the years past will work around here, so everyone down the category will have to work really hard this weekend.”

For team-mate Nick Percat, whose father, both grandfathers, and a great grandfather worked at the Holden plant at Elizabeth, the occasion has extra special significance.

When the retro curse was put to him, he noted that WAU had enjoyed reasonable success with another 1990s look.

It was in 2017 that Scott Pye’s VF Commodore took on a paintjob inspired by that of the team’s 1994 VP Commodores, complete with switch to #02, with he and Warren Luff finishing second in the Great Race.

“I think the last time a similar livery was done by this team, Scotty Pye made the podium at Bathurst,” Percat pointed out to Speedcafe.com.

“So, it couldn’t have been that bad.”

Mostert’s comment about set-ups is a reference to the large-scale resurfacing of the Adelaide Parklands Circuit.

However, the two-time Bathurst 1000 winner suggested that the weather will be a bigger factor.

“It’s hard to say [what impact the new surface will have],” he said.

“The temperature’s going to be the biggest thing, so that’s where you decide where your tyre deg is.

“When these tyres get hot, they degrade faster; when they stay cool, they last longer. That will be the question for the weekend.

“As the forecast is, it looks like it’s going to be absolutely gruelling out there.

“I’m glad we’ve had some race fitness throughout this year instead of coming back in March and trying to do this, so we’ll see how we go.”

As Mostert alluded to, current forecast maximums for Adelaide are 29 degrees Celsius on Friday, 34 on Saturday, and 35 on Sunday.