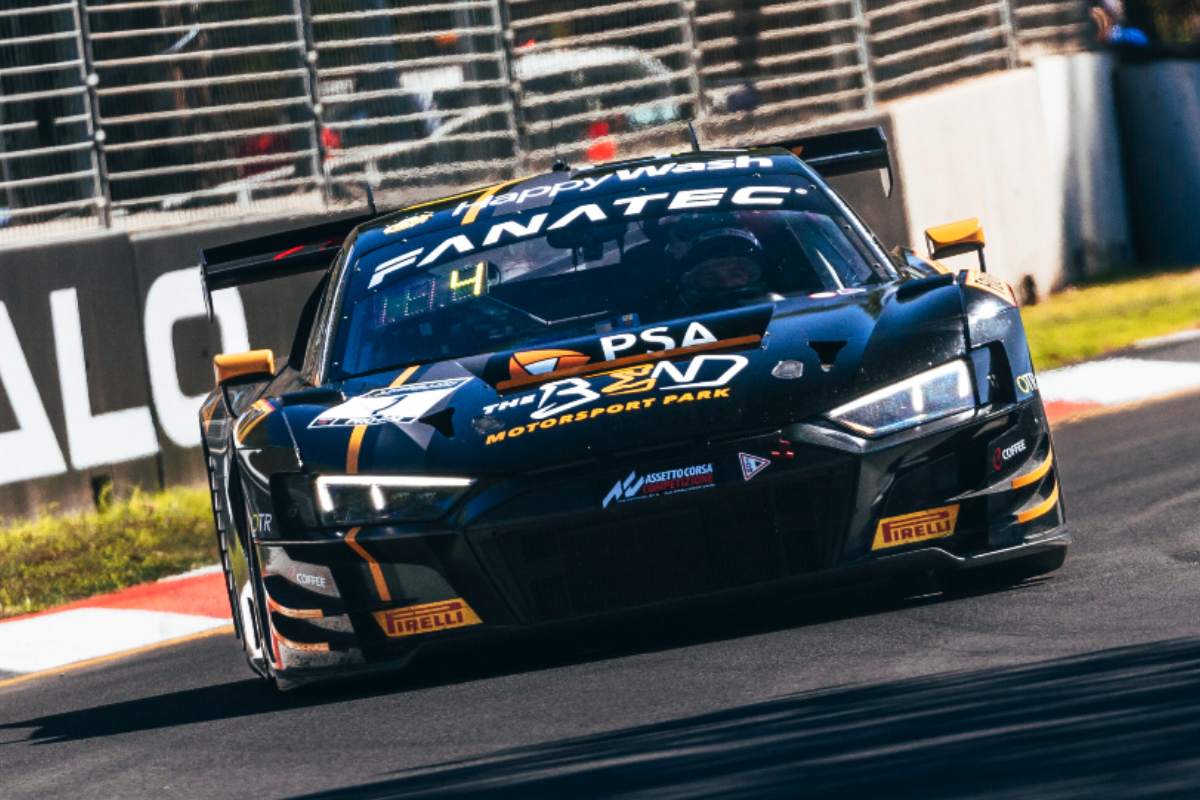 Mies, who is partnering Yasser Shahin in the #1 Audi R8 LMS Evo, set a 1:18.6836s in Practice 2 to top the timesheets for the day, edging out South African Kelvin van der Linde, who posted a 1:19.0379s in the #24 Audi R8 LMS Evo he is sharing with Tony Bates in Practice 2, while Nick Foster was third-fastest on combined times in the #888 Triple Eight Race Engineering Mercedes AMG GT3 he is piloting alongside Prince Jefri Ibrahim, setting a 1:19.2070s in Practice 2.

In the Am Class, Garth Walden set the pace with a 1:20.4181s in the #45 Mercedes-AMG GT3 he is sharing with Mike Sheargold, finishing ahead of the #2 Audi R8 LMS Evo of Gary Higgon/Paul Stokell, while Mark Cini was third-fastest in the #9 Audi R8 LMS Evo.

Brad Schumacher was the fastest of the GT Trophy Series competitors with a 1:20.8820s in his #55 Audi R8 LMS, while Christos Batzios and Sam Brabham finished ahead of Mark Griffith in the GT4 Cup classification.

In Practice 2, Mies topped the timesheets, ahead of van der Linde and Foster, with the trio setting the three fastest times of the day in that session.

2022 Porsche Michelin Sprint Challenge Australia Series winner Thomas Sargent was the fastest of the GTC Class competitors with a 1:23.0647s in the #147 Porsche 991.2 GT3 Cup car, while Batzios and Brabham again finished ahead of Paul Morris in the GT4 Cup series.

GTWC Australia will next take to the track tomorrow for Qualifying 1 at 09:20 local time/09:50 AEDT.