McLaughlin a bystander at T8 garage for Adelaide TV gig

McLaughlin a bystander at T8 garage for Adelaide TV gig 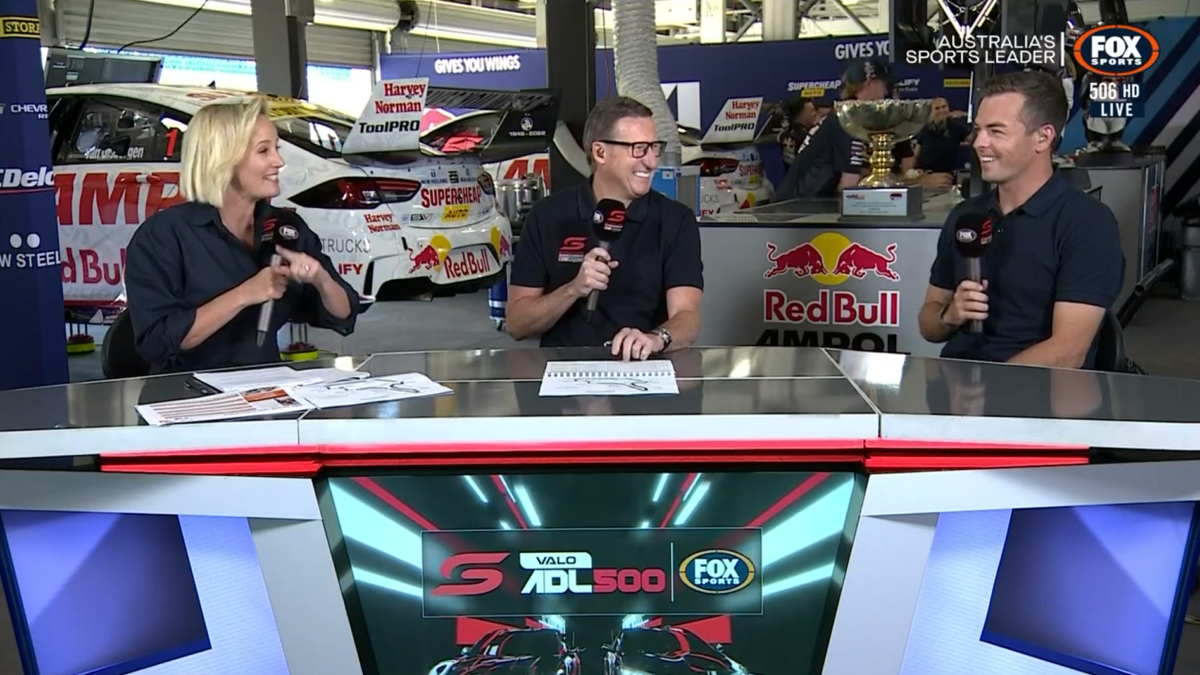 Scott McLaughlin has appeared virtually inside the Triple Eight Race Engineering garage as part of his Supercars television gig at this weekend’s Valo Adelaide 500.

The three-time Supercars champion will make a cameo on the broadcast while he is back in Australia for the first time since jetting off to the United States to become a full-time IndyCar driver in late-2020.

Ironically, the desk for the television broadcast is this weekend situated such that the Triple Eight garages next door are the backdrop.

Triple Eight is, of course, the arch-rival of McLaughlin’s most recent Supercars team, Dick Johnson Racing (then as DJR Team Penske).

“It’s kind of weird being on this side of the garage near Red Bull [Ampol Racing], right?” he said on Supercars’ Facebook live preview show.

“I’m just going to go with it until someone tells me not to,” added the New Zealander, laughing.

“But no, every team’s been really good, and obviously I’ve got a soft spot with next door [DJR] but looking forward to it, a new experience and just being neutral ground and having a bit of fun.”

McLaughlin even revealed that he has shot an interview with on-track foe and off-track friend Shane van Gisbergen for the telecast.

“I was probably more nervous for that than I’ve ever been for a race here,” he quipped.

“But Shane was great; we had a sit-down and we talked about everything, from World Rally Championship to whatever.

“It’ll be on the coverage this weekend, I think it was a really cool chat, he was really open and honest, and you don’t often get to do that.

“We’re friends, but to do that as competitors and talk about our old battles and a few things was really cool.

“Credit to him for doing it and just being a good sport about it, and he’s been a great champion.”