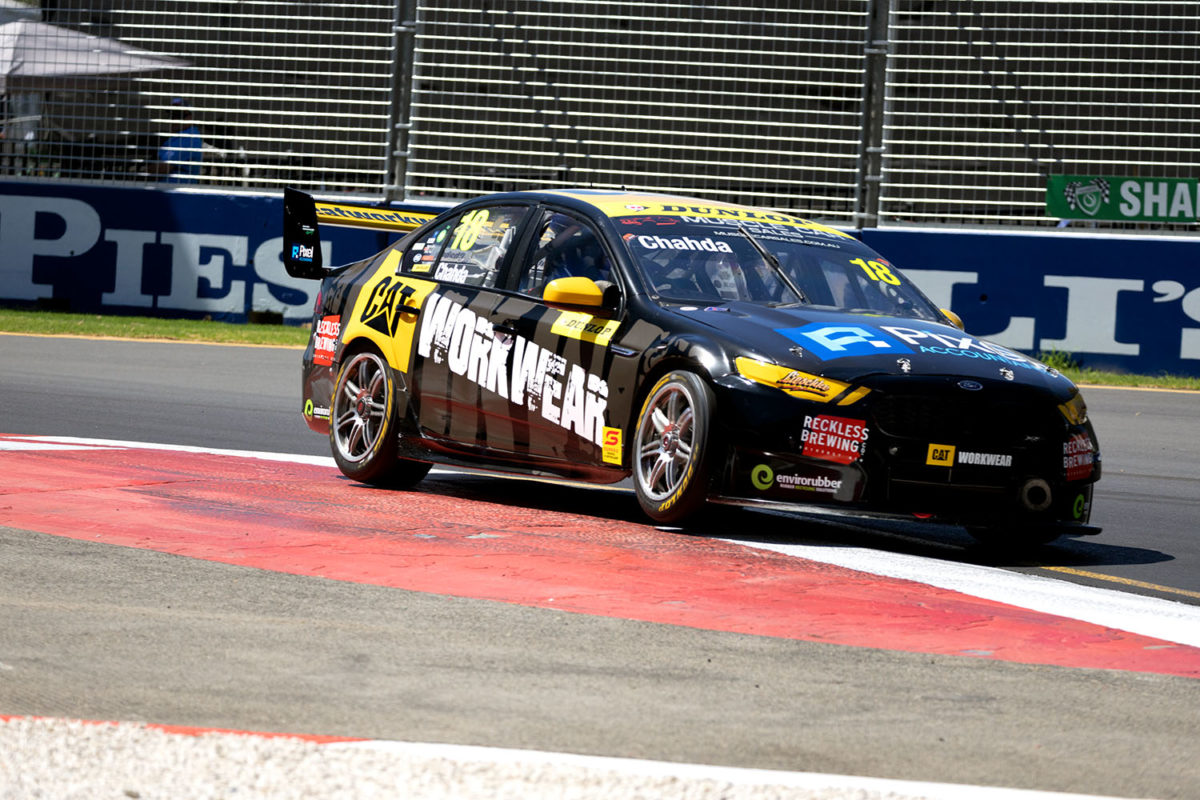 Matt Chahda has been issued a grid penalty for his part in a clash with Steven Page in Practice 2 for the Super2 Series field at the Valo Adelaide 500.

Chahda made contact with the rear of Page’s #2 VE Commodore exiting Senna Chicane which caused the Eggleston Motorsport entry to hit the concrete wall on drivers’ left, front-on.

In a television interview during the ensuing red flag period, he suggested that the Super3 driver slowed unexpectedly and that was the cause of the contact.

However, Chahda will start three positions behind where he qualifies for Race 1 of this, the sixth and final round of the season as punishment for Careless Driving.

“After the Session and following an admission by Matt Chahda Car 18, to a breach of Schedule B2 2.1.1 – Careless Driving, where Car 18 made contact to the rear of Car 2 at Turn 3, the Stewards imposed a Three (3) Grid Placing Penalty on Car 18 for Race 1,” read the stewards report.

Matt Chahda Motorsport was also fined $2500 for failure to ensure that the judicial camera in its #18 FGX Falcon was functional, a breach of Rule D21.3.5 of the Supercars Operations Manual. Super3 driver Adam Wallis was given a reprimand for the near-miss which he caused with Super2 title contender Zak Best.

The Tickford Racing steerer had to bail out and onto the grass when he happened upon a slow-moving Wallis at Turn 13 in Practice 2 at the Adelaide Parklands Circuit.

“After the Session and following admission by the driver of Car 33 Adam Wallis, to a breach of Schedule B2 2.1.1 – Careless Driving, impeding Car 78 on approach to Turn 14, the Stewards imposed the Penalty of a Reprimand,” the stewards report advised.

Both Tickford (Car #78 of Best) and Image Racing (Car #999 of Jaylyn Robotham) were fined $1000 for failure to provide Judicial Camera footage when requested after Practice 2.

Theirs was also a breach of Rule D21.3.5, which states, “The Team will be required to ensure that the camera is switched on and functioning in the correct manner prior to the Car entering the Circuit for all Sessions.”

Chahda and Robotham both missed the previous Super2 round, at Mount Panorama, given they had paired up in MCM’s wildcard entry for the Bathurst 1000.

All parties, team included, were on debut in the Great Race and finished on the lead lap in 18th.