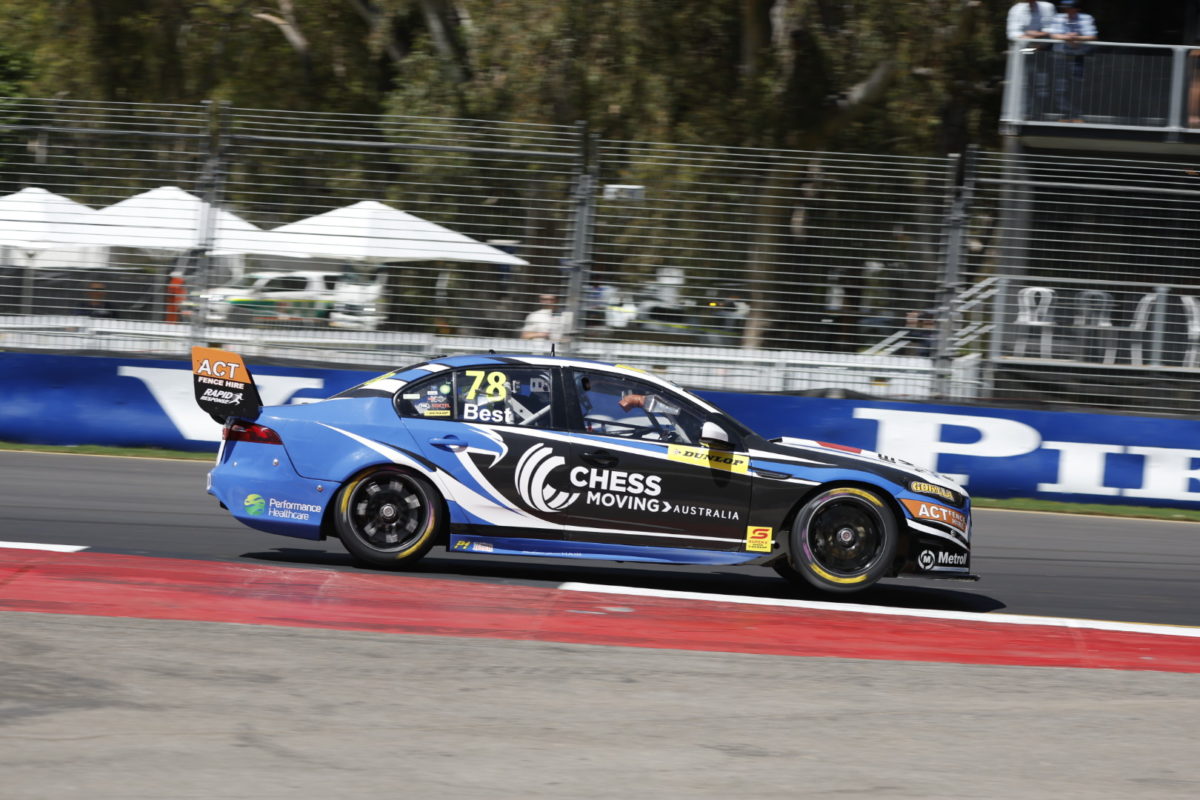 Tickford Racing’s Zak Best has set the pace in a red flag-shortened Practice 1 for Round 6 of the Super2 Series at the Valo Adelaide 500.

Best went as quick as a 1:21.6981s in the #78 FGX Falcon, several seconds under the Practice 1 benchmark of the last visit to the Adelaide Parklands Circuit in 2020, to end up 0.2154s clear of Triple Eight Race Engineering’s series leader, Declan Fraser.

Payne soon hit back in the 12th minute of the session with a 1:22.0171s which was already better than the fastest lap of the corresponding session two years ago, before the Adelaide street circuit’s recent resurface.

Best had moved to second on a 1:22.3039s by the time a red flag was called in the 20th minute, due to a crash for Image’s Jay Hanson (#49 VF Commodore) at the Turn 7 right-hander, although he was able to drive back to the pits.

After a delay of around six minutes, the session went green again and it did not take much longer for Fraser to go to the top with a 1:21.9135s in the #777 VF Commodore.

Best then punched out a 1:21.9263s and a 1:21.6981s on consecutive laps before a second red flag period began in the 32nd minute, this time due to Super3 driver Chris Smerdon (#39 Matt Stone Racing FG Falcon) making contact with the tyre barriers after Senna Chicane and spinning.

The session was declared with just under two minutes of the allocated 40 left, locking Best into top spot, from Fraser, Payne, and Robotham (#999 VF Commodore) on a 1:22.2543s.

MWM’s Tyler Everingham (#27 Nissan Altima), who is fifth in the series at 171 points behind Fraser, was an uncharacteristically low 14th at 1.6883s off the pace, while Super3 title contender Brad Vaughan (#5 Anderson Motorsport FG Falcon) claimed second in class and 17th outright on a 1:24.1498s.