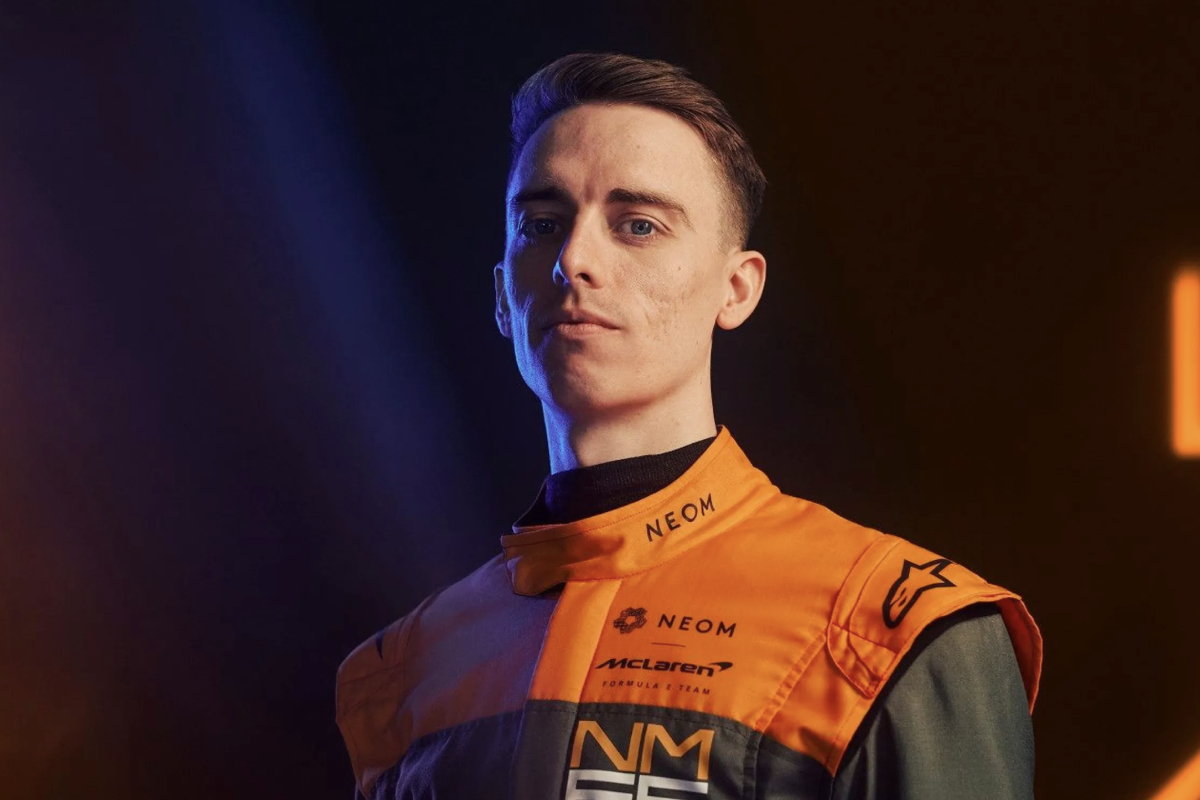 McLaren has confirmed its driver line-up for 2023, with the signing of Jake Hughes

McLaren Formula E Team’s driver line-up for the 2022-23 season has been confirmed, with Jake Hughes to join Rene Rast.

Hughes will drive for the British squad alongside Rast, who was announced by the team in August.

The Brit’s signing follows a campaign in the 2022 FIA Formula 2 Championship with Van Amersfoort Racing.

The 28-year-old coupled that drive with a Reserve and Development Driver role with the 2021-2022 title-winning Mercedes-EQ squad, that has been acquired by the Woking-based outfit.

“First and foremost, I’m very proud and feel very privileged to become part of the McLaren Racing family, being given the chance to represent such a prestigious brand,” Hughes said.

“Growing up, McLaren was one of the teams that inspired me to start racing.

“I’ve obviously been with the Formula E team in a different guise before and we have already achieved great results.
“It’s good to have that relationship and I know what’s expected of me.”

Hughes is looking forward to racing with the team, as it debuts in the Gen3 era.

“Coming in at a time where a new generation car is introduced in the series excites me,” he added.

“It feels like a good opportunity and chance, especially being a rookie in Season 9.

“It’s set to be a great year and I can’t wait to kick off the journey ahead.”

“A hugely exciting prospect in single-seater competition, Jake also has a history with the team as a development and reserve driver,” Brown said.

“Alongside Rene, who is particularly skilled in a wide range of series, which includes previous experience in Formula E, I believe that this pairing will be crucial in helping us hit the ground running in our first season in the series as the NEOM McLaren Formula E Team.”

The ninth season of Formula E will commence in Mexico City, on January 14, 2023.