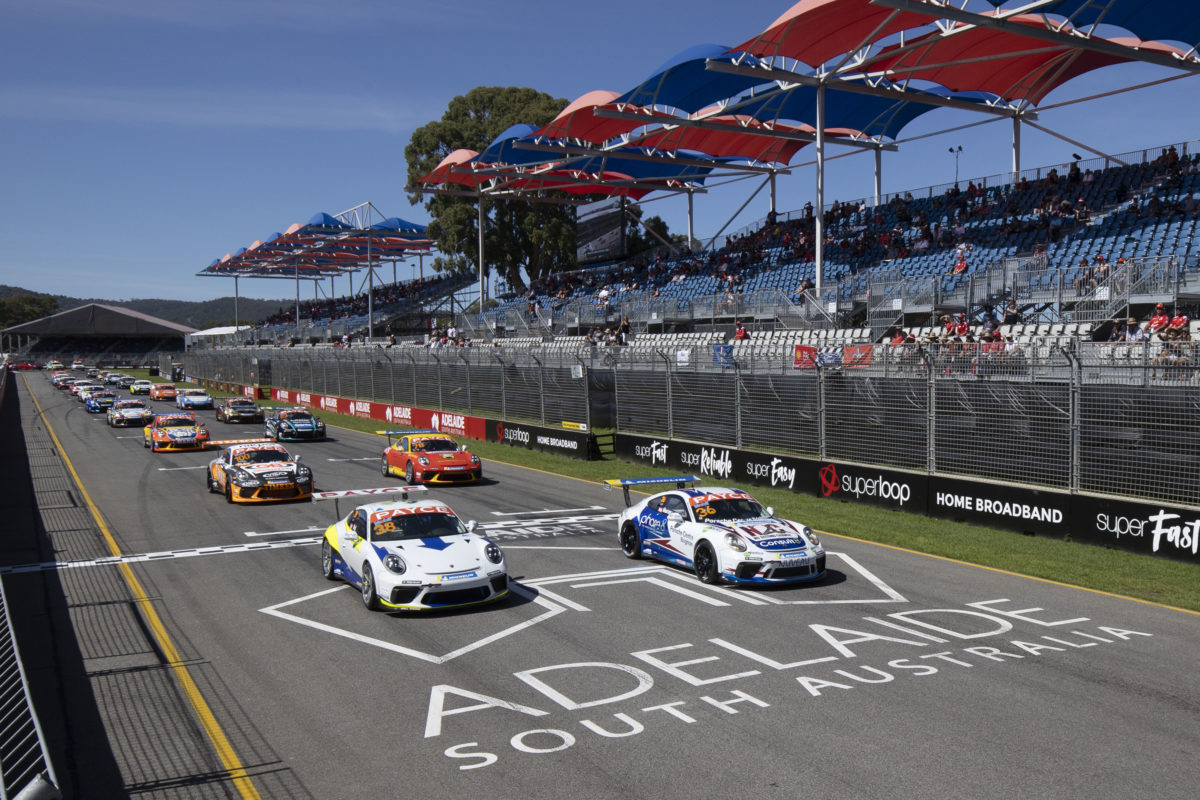 The Valo Adelaide 500 will serve as the season finale for the 2023 Porsche Paynter Dixon Carrera Cup Australia Championship.

In a break from tradition, the calendar for next year has the final round taking place on the streets of Adelaide in November, rather than on the Gold Coast in October.

The 2023 calendar is highlighted by appearances at marquee events such as the Formula 1 Rolex Australian Grand Prix, while the category will appear on the support bill for major events on the Supercars Championship schedule, such as the Sandown 500 and the Bathurst 1000.

“We are delighted to announce our 2023 calendar, which will see our drivers continue to race at the biggest motorsport events of the year, in front of the biggest crowds, enjoying the best support and television package available,” Porsche Cars Australia Motorsport Manager Barry Hay said.

“Every season we strive to deliver a premium class experience for all our customers, teams, partners, and I have no doubt that the 2023 season will arguably be one of the best in its long and illustrious history.”

Porsche Carrera Cup Australia will commence the 2023 season on the support bill at the Formula 1 Australian Grand Prix from March 30-April 2.

The second round of the season will take place at the Darwin Triple Crown at Hidden Valley Raceway from June 16-18.

Round 3 will see Carrera Cup head to Townsville for the NTI Townsville 500 from July 7-9, while the fourth round on the calendar will see the category head to The Bend Motorsport Park for the OTR Supersprint from August 18-20.

The fifth round of the season will take place at the Sandown 500 from September 15-17, before the category heads to Mount Panorama for the Bathurst 1000 from October 5-8.

Round 7 will be held on the Surfers Paradise Street Circuit from October 27-29, before the season concludes at the Adelaide 500 from November 23-26.

While every round will be broadcast on Foxtel and Kayo, the Seven Network will broadcast five rounds on free-to-air television: Darwin, Townsville, Bathurst, Gold Coast, and Adelaide.