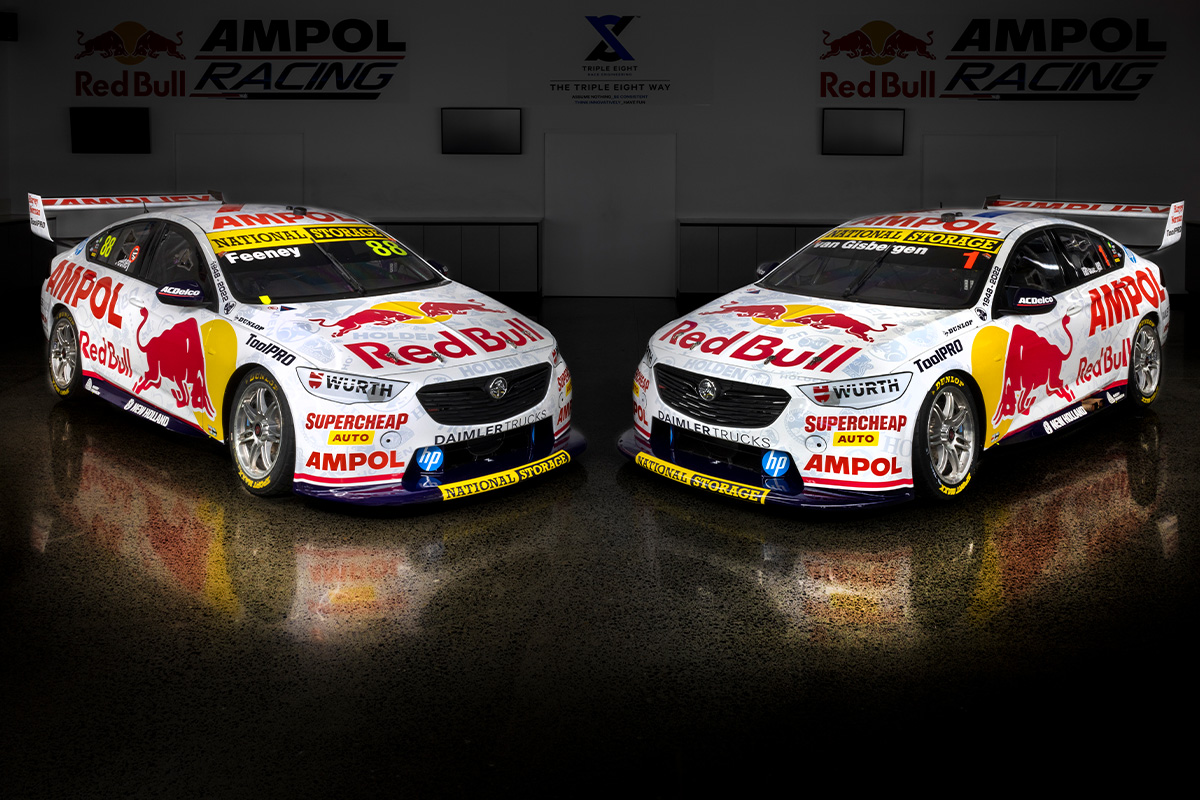 Red Bull Ampol Racing has shown off its Holden tribute livery ahead of the brand’s final Supercars Championship event on the streets of Adelaide.

CLICK HERE for a gallery of the revised livery

Holden will bow out of the sport following the Valo Adelaide 500, 62 years after featuring on the Australian Touring Car Championship grid in the first-ever running of the competition.

General Motors will welcome the Chevrolet Camaro in Supercars next year as part of Gen3.

To mark Holden’s last Supercars round, a revised livery will be run on both Shane van Gisbergen and Broc Feeney’s ZB Commodores.

The reveal took place in front of a large contingent of Holden owners and trade customers at Peter Page General Motors Trade Parts in Adelaide.

Triple Eight famously switched from Ford to Holden at the beginning of the 2010 Supercars season, before becoming the factory Holden team from 2017 to 2020.

“There’s certainly no underestimating the significance of this year’s Adelaide 500 – the last Supercars Championship event for the roaring Lion,” said Whincup.

“Seeing the Holden badge cross the finish line for the final time on Sunday on its home soil will no doubt pull a heartstring.

“Triple Eight’s relationship with Holden started in 2010, and we’ve shared so much success over that time; 189 wins, 10 manufacturers titles, eight Drivers’ Championships and six Bathurst 1000 wins to name a few.

“Although it’s a time to reflect and celebrate the legacy of Holden, I want fans to be excited for the future of the sport with the introduction of Gen3 and the Chevrolet Camaro.

“Triple Eight, General Motors, and Supercars have put in a mammoth effort over the past three years to get this project on the track for the beginning of the 2023 season, and I can’t wait to be part of the Camaro vs Mustang rivalry into the future.”

In another nod to the occasion, van Gisbergen will run the #1 instead of the #97 for Adelaide.