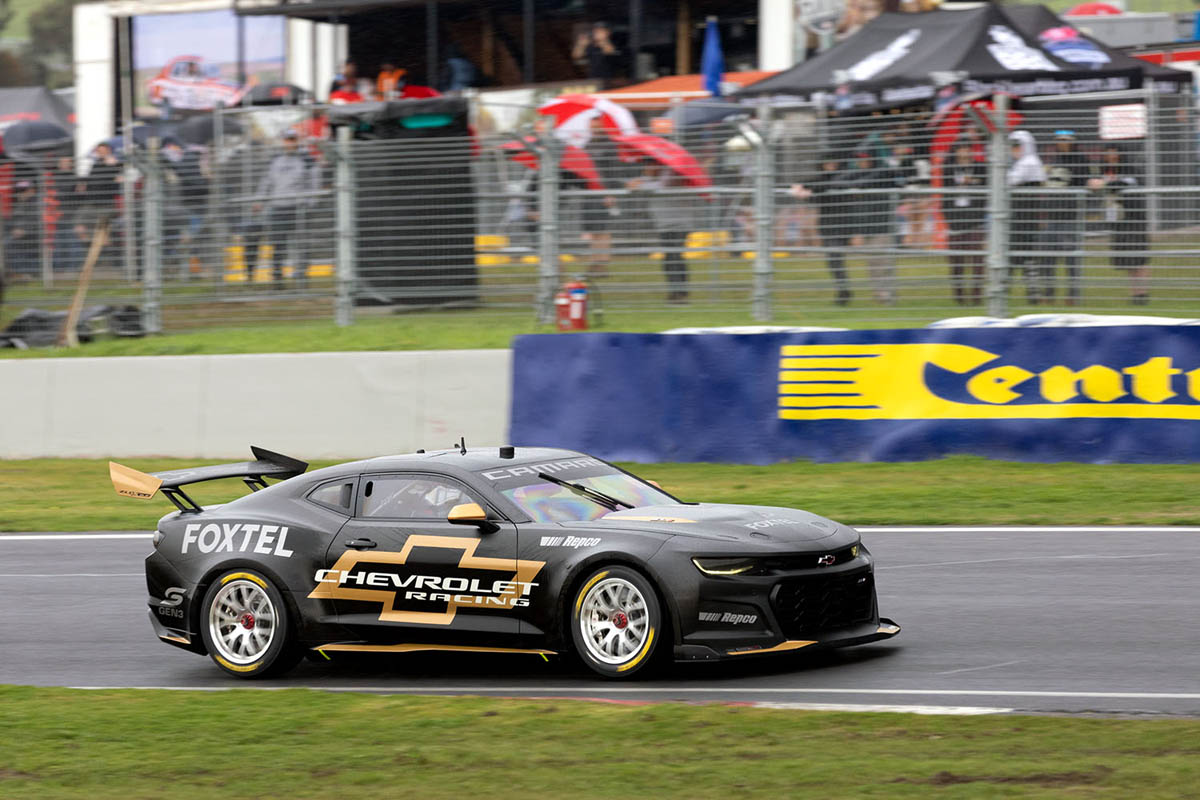 The Gen3 Chevrolet Camaro at Bathurst

Craig Lowndes is eager to drive what is effectively the final version of the Gen3 Supercar as part of demonstration runs at this weekend’s Valo Adelaide 500.

Lowndes is one of four drivers named to pilot the Gen3 prototypes at the Repco Supercars Championship season finale.

He will share the Chevrolet Camaro with Brodie Kostecki, while Cameron Waters and Zane Goddard will get behind the wheel of the Ford Mustang.

It comes after the latest VCAT process for the new breed of vehicles took place earlier this month at Wellcamp Airport, near Toowoomba.

The objective was to achieve aerodynamic parity between the Mustang and the Camaro, which are being homologated by Dick Johnson Racing and Triple Eight Race Engineering, respectively.

Gen3’s appearance on the streets of Adelaide will be the test mules’ first time on track since that crucial VCAT.

“I’m just looking forward to it now that a lot of the boxes have been ticked off with the aerodynamics, the engine side of it, just all the little detail things,” Lowndes told Speedcafe.com.

“What people will see this weekend will be what they will see come next year.

“It’s now becoming a more final car in the sense of its presence, so that for me is something I’m excited for.

“In the sense of performance, it’s more like the old VT [Commodore] days in the 90s in the attitude and the way that it will slide around.

“So that side of it is also really exciting for me, around a place like [Adelaide] is going to be a drivers’ car.”

As reported by Speedcafe.com, both the General Motors and Ford engines reached parity in July, with Lowndes having been a part of the project’s lengthy testing programme.

“It’s been great to be a part of the programme in the sense of the engine development and watching the progression of the car build between both the Mustang and the Camaro,” he added.

“I’m now more keen to drive it this weekend now that the aerodynamics have been homologated and it’s in its final stages.

“The Adelaide street circuit will definitely put it through its paces in the brutality of the nature of the track.”

Gen3 demonstration runs are expected on all four days of the event, according to the track schedule.

This weekend’s marquee event also sees a return of Supercars racing to the streets of Adelaide for the first time since early 2020.