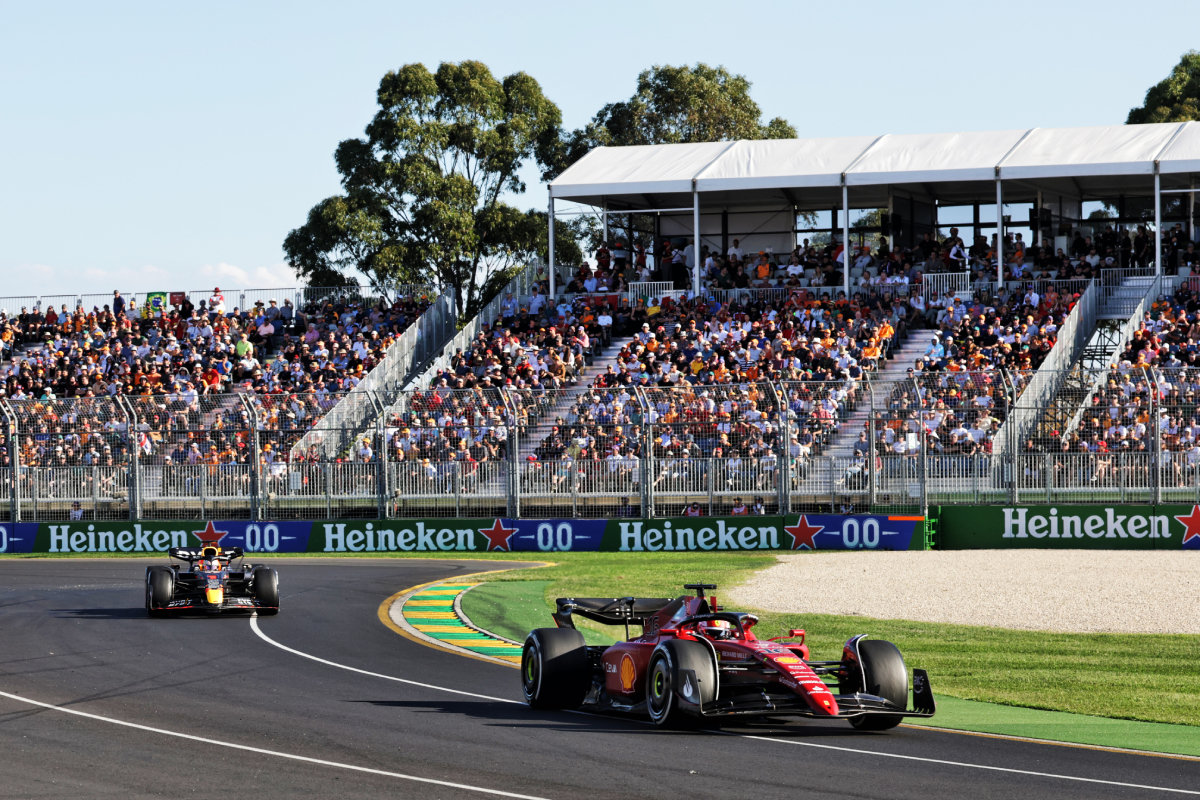 Organisers of the Formula 1 Australian GP have expanded the grandstand capacity of Albert Park as tickets go on sale for the 2023 event.

This year, the expanded grandstands could hold approximately 39,000 spectators, a figure set to expand to around 44,000 next year.

As revealed by Speedcafe.com, Melbourne will host Round 3 of the 2023 championship on March 31-April 2.

Albert Park saw a record crowd for this year’s grand prix, with 419,114 attending the event across the four days.

Race day attendance was 128,294, down on the 154,000 seen at the inaugural world championship event in Melbourne but deliberately so.

However, there is an appetite to build on the success of this year’s race.

“We can we can squeeze them in around the margins,” Andrew Westacott, CEO of the AGPC, told Speedcafe.com.

“Are you going to go ballistic on increasing the crowds? No.

“We delivered an exceptional event. We know what we’ve got to do to deliver an event to those crowd levels, but now having improvements in the size of bars, the access to entertaining, the viewing hubs – and they’re going to be the things that people are going to notice.

“We’re targeting a year of consolidation but also a better fan experience.”

While the Australian Grand Prix has typically featured musical acts supporting the race itself, the bar internationally has been raised by other promoters.

That has seen a number of A-list acts play as part of the broader event which has helped attract fans through the gates.

Westacott and his team have taken notice of what their peers do internationally, and admit they’ll borrow some of those ideals where it fits the Melbourne model.

Indeed, Formula 1 itself has entered the promotion space with the Las Vegas Grand Prix set to be promoted in-house by Liberty Media.

“There’s always competition amongst every promoter, in a polite sort of collegiate manner,” Westacott said.

“We all share stories, we all share initiatives that we’re looking at, and stuff like that, from the crowd perspective, and we all learn from one another.

“Some of that is open and active, and some of you just stealing ideas shamelessly or copying and adapting things in your own market.

“The fact that Formula 1 is becoming a promoter, I think, is actually beneficial because they know the depth and the detail that’s required to get it and it’s a completely different ballgame.

“The ballgame that they put on as the commercial rights holder, and the broadcaster is massive.

“The job that promoters do is massive as well. And I think it’s beneficial that Formula 1 is doing what they’re doing in Vegas.”

For 2023, the focus is on making the drivers the stars, with new initiatives set to be introduced at staples such as the Melbourne Walk, where the drivers trek from their cars into the F1 paddock through a throng of fans.

“We’ve been talking to the media and broadcast, and the people in the media and technology centre – the team behind the global TV production,” Westacott said.

“This is about bringing the stars to life; integrating footage into the Melbourne Walk, making sure that the new fans who are coming along to Formula 1 for the first time or the second time, knowing more about who the stars are.

“Oscar Piastri is one of those, but also learning more about Jack Doohan, for instance, and the people who are the next generation of drivers coming through F2.

“So we’re going to see more footage, better viewing locations for general admission viewing hubs, and a better track programme because we’ve got F2 and F3 in there, along with the highlights of our Australian categories.”

Supporting Formula 1 and its feeder series are the Supercars and Carrera Cup Championships.

How they’ll be squeezed in remains a work in progress, though shorter races for the former are an almost certain outcome of the global television requirements of the event.

The appearance of Formula 2 and Formula 3 marks a first for the event, which maintains strong political support.

Victorians last weekend went to the polls, re-electing Daniel Andrews for another term, though Westacott suggests it mattered little which side won the election.

“The government just signed off on a massive extension in length. They’re committed to Formula 1; both sides.

“They [the current government] saw what it did for the Melbourne tourism economy on the 10th of April this year. We’d expect to do the same next year.

“It’s the only event that has 100 percent occupancy in Melbourne CBD hotels. It’s a massive driver of the DNA and the psyche of Melburnians.

“The future is about making sure that Melbourne plans a very, very lead role in the fan spectacle, the professionalism; the work we do behind the scenes, you know, media centres, connectivity, the build programme, that technical innovation and interaction with [Formula 1’s] teams.

“That’s the stuff that all the fans don’t necessarily see, but there’s a real commitment to making the event better and better and better, and that’s what this vision is partly about as well.”

Grandstand tickets for the 2023 Australian GP will go on sale via a “phased approach,” starting today.