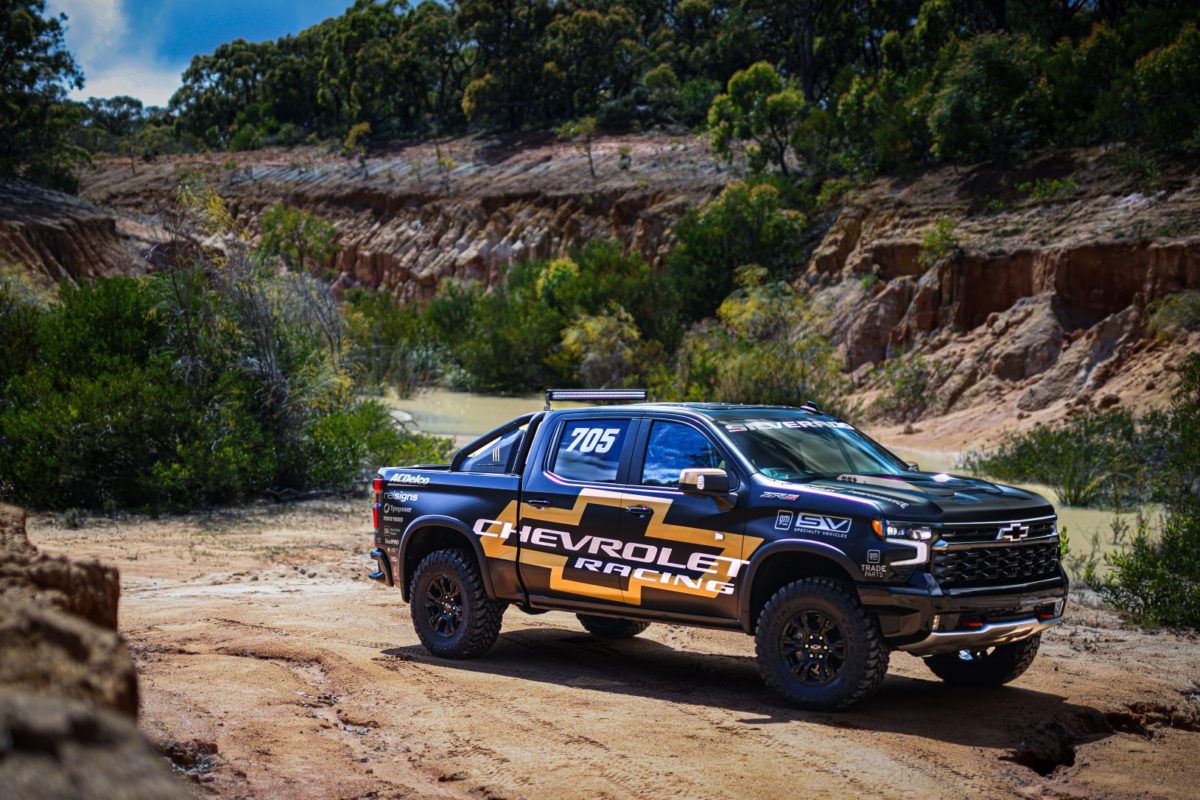 The ute will be shown off at this weekend’s Valo Adelaide 500 Supercars event before the Silverado ZR2 goes on sale in the Australian market in early-2023.

Said to be a ‘passion project, it was built at GMSV’s Port Melbourne workshop by employee volunteers in conjunction with Chevrolet Racing.

Initial testing and development will take place early next year, with Craig Lowndes “to provide expert feedback and analysis on the performance of the concept,” according to GMSV’s announcement.

Already, however, the project team has exploited the capabilities of the GM Motorsports Division in the United States and Hall Racing, which fielded a championship-winning Silverado ZR2 in this year’s ‘Best in the Desert’ offroad series.

The Silverado ZR2 which will be sold to Australian consumers includes a 6.2-litre V8 engine, 10-speed automatic transmission, front and rear e-lockers and Multimatic DSSV dampers, and 33-inch mud terrain tyres, among other features. 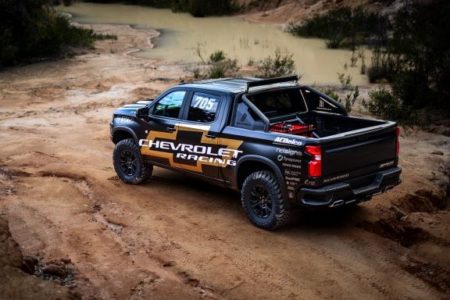 Mark Wakeman, a GM ANZ (Australia and New Zealand) employee with involvement in offroad competition for 25 years, managed the project.

“I am extremely proud to have been given the opportunity to lead the project and I am grateful for the support GM ANZ management has provided to the team,” said Wakeman.

“I would also like to express sincere gratitude to our partners who have been involved in this incredible journey.

“It demonstrates the dedication and enthusiasm the team at GM ANZ has for a project of this magnitude.”

Tim Price, Director of Planning, Network and Motorsport, GM Australia and New Zealand, said, “The Chevrolet Silverado ZR2 will be a new model to the GMSV line-up for MY23 and will deliver next-level off-road capability direct from the factory – making it the perfect platform for this latest announcement from Chevrolet Racing.

“What started as a passion project 12 months ago across GM teams in Australia and New Zealand quickly transformed into the creation you see today.”

GMSV’s announcement follows the entry of an Australian-developed Ford Ranger Raptor in the recent BFGoodrich SCORE Baja 1000, while Walkinshaw Performance ran a Volkswagen Amarok W580X in this year’s BFGoodrich Australian Off Road Championship.

The Silverado ZR2 Off-Road Racer will be displayed alongside a Corvette Stingray, Chevrolet Silverado, and the Chevrolet Racing Pro Slammer drag car at the Adelaide 500, for which track activity begins on Thursday.