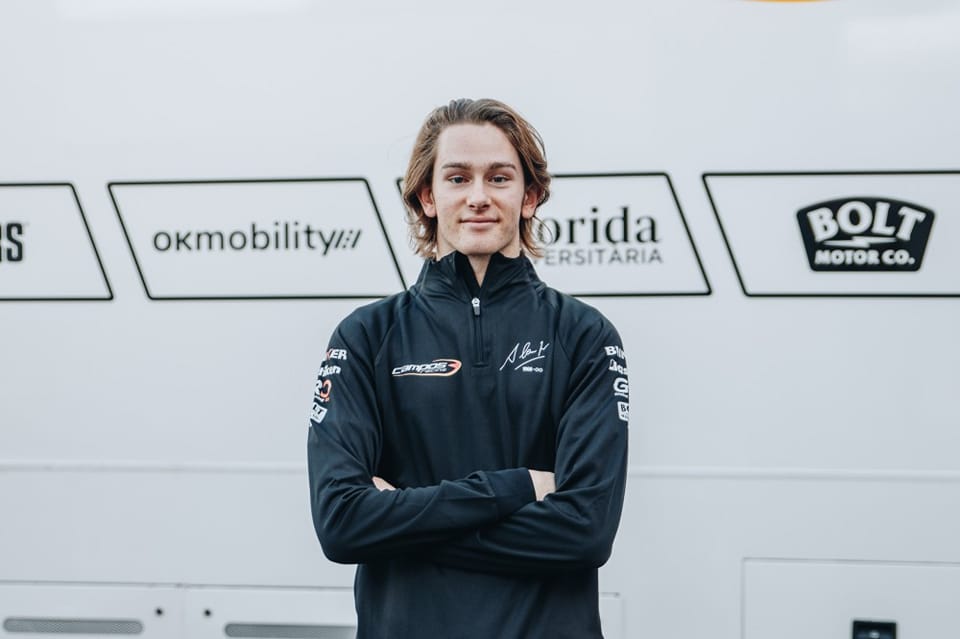 Christian Mansell has secured a full-time drive in the 2023 FIA Formula 3 Championship with Campos Racing after participating in the two-day post-season test with the team in Jerez.

The Australian made his Formula 3 debut this year with Charouz Racing System, contesting the Budapest and Spa-Francorchamps rounds.

He recorded a best result of 22nd during those outings, before finishing inside the top 10 for Campos in the opening session of post-season testing.

“To be joining Campos for FIA F3 in 2023 is such an incredible honour, and achievement,” said the 17-year-old.

“With a strong showing in the latter part of the season, it gives me confidence I can do well in my opening year in FIA F3.

“Thank you to everyone who made this possible.”

Mansell comes off the back of a successful Euroformula Open Championship campaign, where he secured three wins and 12 podium finishes, ending the 2022 in third position.

Campos finished eighth in the F3 teams’ standings in 2023, collecting a total of 53 points.

The Spanish squad is yet to announce the two other drivers who will be team-mates with Mansell for the upcoming season.

Team Principal Adrian Campos said, “I would like to extend a warm welcome to Christian on behalf of Campos Racing.

“It will be a huge challenge for him as it will be his rookie season in the FIA Formula 3, which is an extremely competitive racing series.

“His previous results, a race winner in other championships, explain well he is a talented driver.

“Besides, due to his diabetic condition, Christian is an example to follow for everybody as he proves what you can achieve with commitment and determination, even at the highest motorsport level.”

Meanwhile, Mansell’s previous F3 team will morph into PHM Racing by Charouz for the 2023 F2 and F3 seasons.

Both get underway on the weekend of Sunday, March 5 at the Bahrain Grand Prix, while Mansell will race on home soil at Albert Park in April.