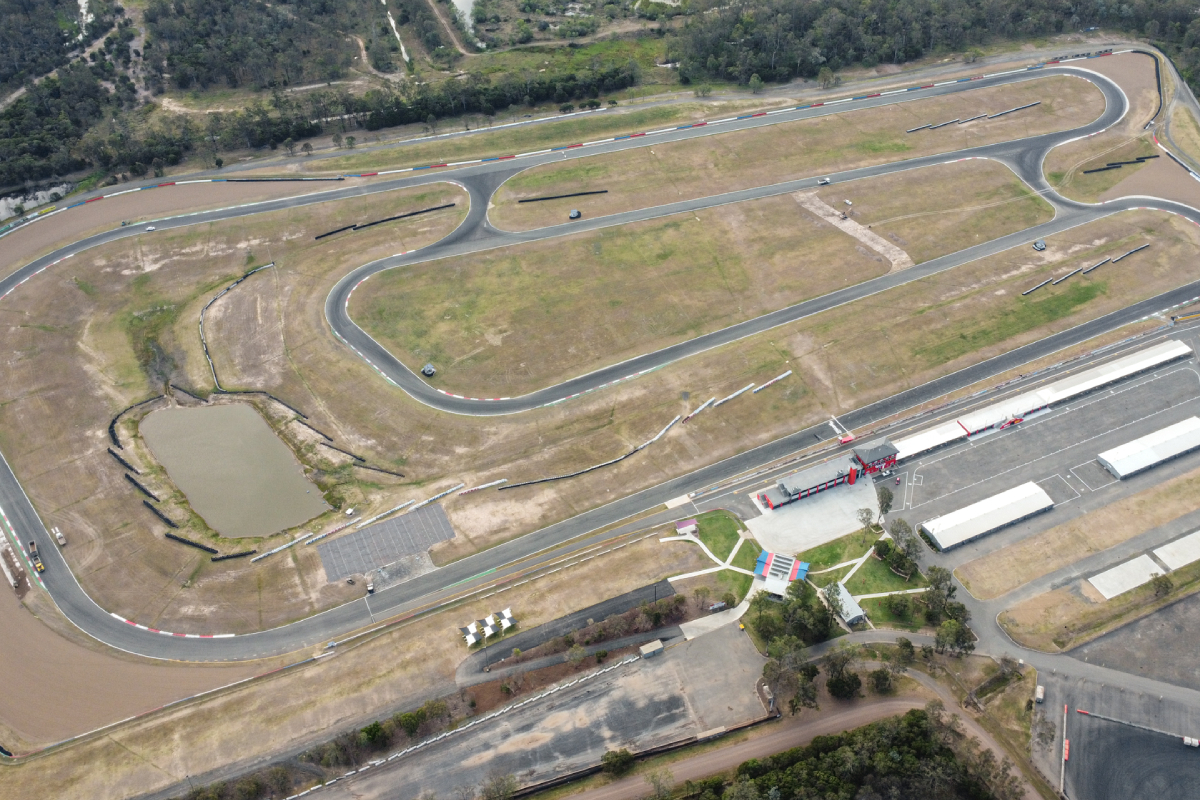 Work is underway on a new crossover, burnout pad and hire kart track at Queensland Raceway

The latest addition to the track will form part of a new 10-corner layout for club-level drivers and motorcycle riders.

The new configuration will see competitors navigate the first two corners before turning right into the Dipper, left into the Turn 4 and 5 complex, and then turning left into the new crossover. Next is an anti-clockwise right-hander before another right turn into the existing crossover, which leads into Turn 6 and onto Dick Johnson Straight.

“We’re hoping that this new layout will create a circuit that’s mostly corners, with one real straight, which is something QR hasn’t had previously,” Lewis said.

“It also somewhat adds a bit of an S-bend, which is another type of corner that the venue has never had before.

“The layout is also going to have some elevation in the upward direction, so it will add another element vertically for the place as well.”

Lewis said feedback from motorcycle riders provided the catalyst for the decision.

“They love the corners and obviously we’re competing with two other tracks in Queensland that are made up of a lot more corners, but I think everyone will benefit from it,” he added.

“The layout will also be used for circuit racing, it’s going to be there for anyone that wants to use it, whether it’s riding, track days or bikes, if they want to use it, we can make it available.” A new burnout pad is taking shape at Queensland Raceway

In addition to the new crossover, a 1760sqm burnout pad will take pride of place on the right-hand side of Dick Johnson Straight before Turn 1.

Lewis said the creation of a new burnout pad will see the existing area behind the cafe and spectator area at Turn 1 turned into a go-kart hire facility.

“We’re resurfacing the area behind the cafe with new bitumen, we’ve got a bit of a layout that we’ve designed that will go in that area and we’ve also got some karts that have been bought.

“The aim is to have it up and running by February or March next year.”

Work on the new crossover is expected to be completed shortly after Christmas.