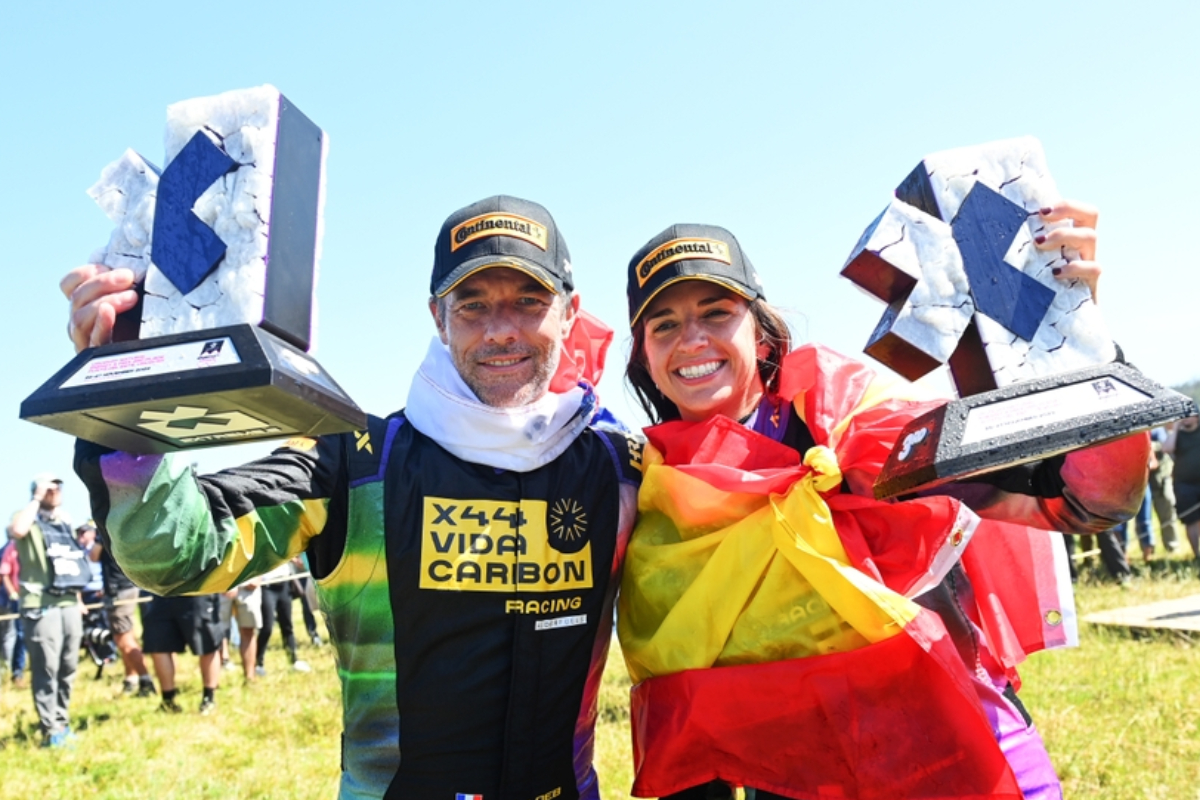 The podium in Uruguay, follows Loeb and Gutierrez’s first victory of the season at the previous round in Chile.

It was a troublesome run to the podium with a roll for Gutierrez in Qualifying 1 requiring the #44 team to complete significant repairs prior to Qualifying 2.

In Qualifying 2 the Spaniard finished fourth to secure a spot in the Crazy Race, albeit with a five-second penalty to contend with following repairs carried out after Qualifying 1.

Gutierrez pushed hard at the start of the Crazy Race before handing over to Loeb, who delivered a masterful drive to secure a spot in the Final.

The Frenchman battled for the lead at the start of the Final, before falling back to third where he would hand over to Gutierrez.

In chasing glory, Gutierrez conceded a five-second penalty after coming together with 2021 Extreme E winner Molly Taylor, with the Australian ultimately finishing fifth in her return to the category.

“We could only go and compete with everything we had and try to score maximum points,” Loeb said.

“In the Final, it was a critical moment because I was fourth and we needed to be third.

“We had some contact here and there, but there was nothing I could do to overtake.

“Cristina did a great job to stay very close to the car in front and we knew potentially we were third.

“At the end, it was what we needed so I’m really relieved to be here and really proud to win this championship.”

“As for the Final, on the radio they told me someone was going to be penalised but still I didn’t know.

“I wanted to be sure that we won so I did not celebrate before it was official.

“It was a rollercoaster, but it is much better than that for us as we can now believe in what we have achieved.”

The 2023 Extreme E season-opener will take place in Saudi Arabia from March 11-12.