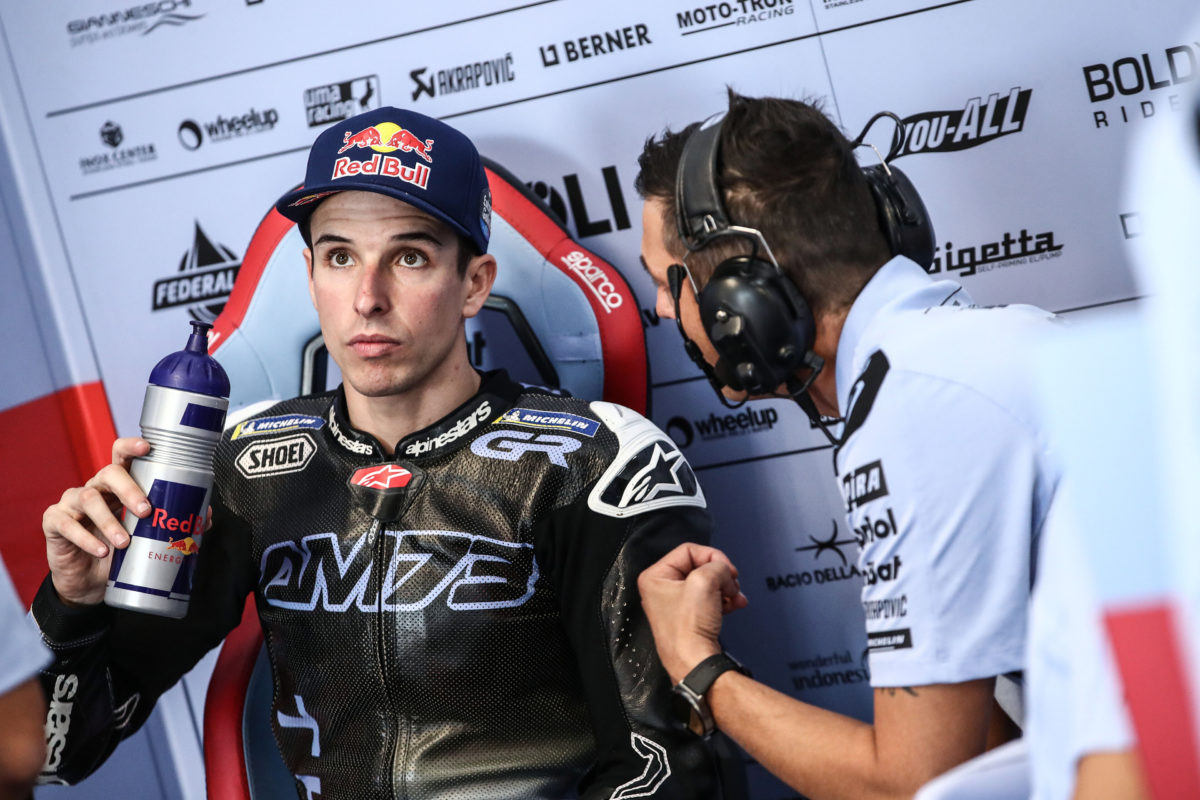 Alex Marquez says he felt ignored by Honda, even when it was struggling in MotoGP while his brother Marc was out due to injury.

The younger Marquez brother will ride a Ducati for Gresini Racing in 2023, after spending his first three years in the premier class on Hondas.

They were supposed be team-mates at the factory team in 2020 although the six-time MotoGP champion essentially missed the entirety of that season after his shocking crash at Jerez which badly broke his right arm.

He did not return until Round 3 of the 2021 campaign and continued to struggle for fitness, before a training crash late that year and a monster highside at Mandalika early in 2022 saw him twice miss races due to concussion and double vision.

Two months later, #93 was sidelined again, for six races, due to a fourth operation which he underwent in a bid to finally fix his right arm for good.

In the meantime, the rest of the Honda contingent had a fight on their hands to even figure in the top 10, despite wholesale revisions to the RC213V during the 2021/22 off-season which were supposed to make it a more user-friendly machine for riders other than Marc Marquez.

Ahead of his comeback from surgery, he would assert that disorganisation in its wider MotoGP operation was an issue during a notable visit to the Austrian Grand Prix in August, before then-Repsol Honda team-mate Pol Espargaro blasted them for “not working hard enough”.

Alex Marquez says there was too much reliance on his brother.

“It is true that in many moments of the season, or in 2021 when Marc was injured, there was no direction,” the 2019 Moto2 champion told Spain’s AS.

“They were used to always having Marc as a guide and losing him made them waver.

“On many occasions, when they found themselves at a critical moment, I was sometimes present. I was there to help.

“They didn’t get as much from me as they could or I didn’t help them enough, but also because they gave me nothing.

“This is where I felt a little out of place at Honda.

“I never felt in a good position, a situation where they take you into consideration, but above all to add something to the project.”

Alex Marquez believes the input of Mir and Rins will be a boost but, like his brother, said organisation in the Japanese marque’s MotoGP effort will be key.

“Yes, they can make comments, but the important thing is that Honda listens,” stated #73.

“That was the big problem; communication.

“Not just the riders, but also the technicians and the factory.

“Many times, as Marc said, information is lost.

“In the end, I don’t think it’s a problem with the riders but with the organisation.

“Alberto Puig [Team Manager], Marc … everyone at Honda said it.

“It’s about getting organised and having all the points available to reach a conclusion, but that’s their problem, I’m not in it anymore.

“If they don’t get organised, so much the better,” he laughed.

Marc Marquez stated following the post-season test at Valencia that Honda needs “one or two steps” to fight for next year’s championship but, when that was put to Puig, he responded, “And I am asking for three steps”.

The 2023 Shakedown Test takes place at Malaysia’s Sepang on February 5-7.