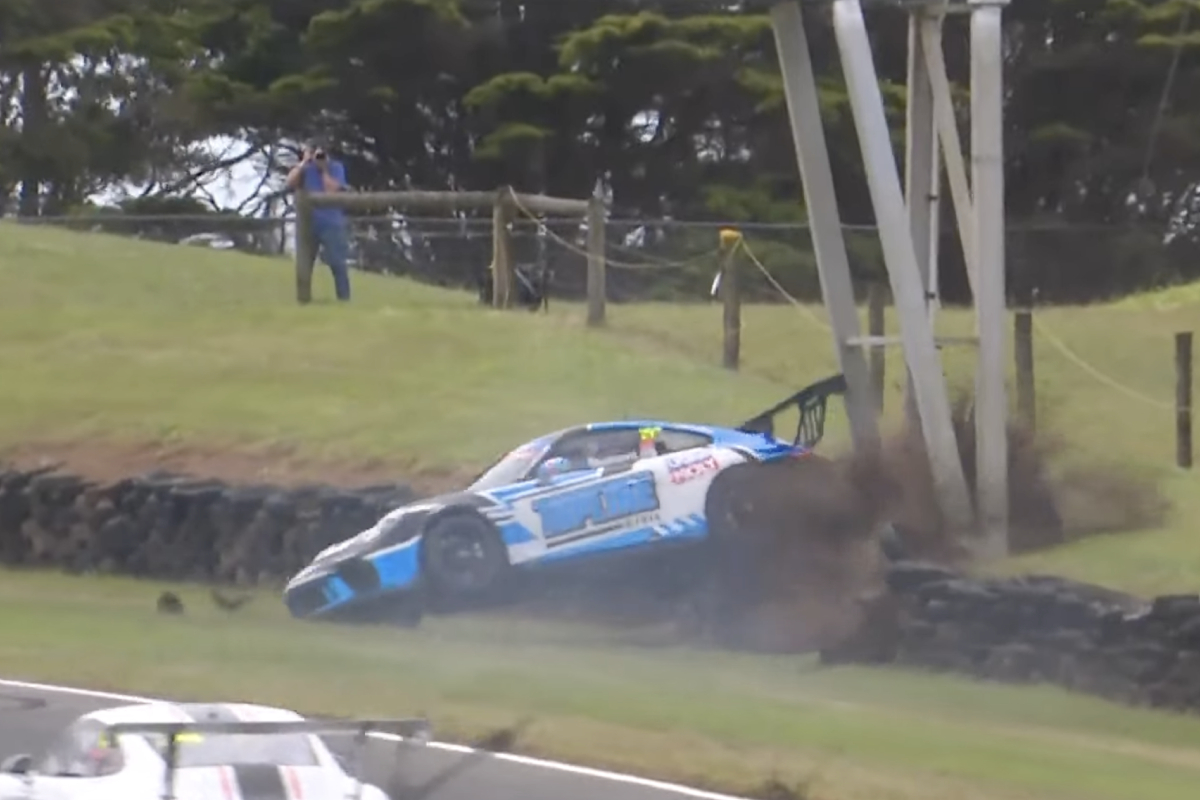 The fixture was declared a non-race, with no points awarded, after contact between Sam Shahin and Daniel Stutterd on Lap 2 resulted in the latter being sent into the tyre wall at Turn 10.

The collision caused damage to the tyre barrier that required repairs to be carried out.

The field circulated under the Safety Car for one lap before the race was called with Race 1 winner Ryan Wood ahead of Thomas Sargent, Courtney Prince, Harrison Goodman, Aron Shields, Lachlan Bloxsom, Jason Miller, and Madeline Stewart.

Jacob Li was the front-running Class B competitor in 14th, with Bradley Carr and Lachlan Harburg in 16th and 21st respectively when the race was called.

The decision has had significant implications on the title fight, with only a maximum of 60 points available for the remainder of the weekend.

The 2022 title will be decided between Sargent (798 points) and Wood (773 points), with the former holding a 25-point lead over the latter heading into the final race of the season.

If Wood wins, Sargent has to finish fifth or better to seal the title.

Shahin (681 points) will hold onto second, with a 187-margin over Andrew Goldie (494 points), who remains within striking distance of David Greig (443 points) for third in class.

Harburg just needs to finish the race without incurring any penalties to seal the title.