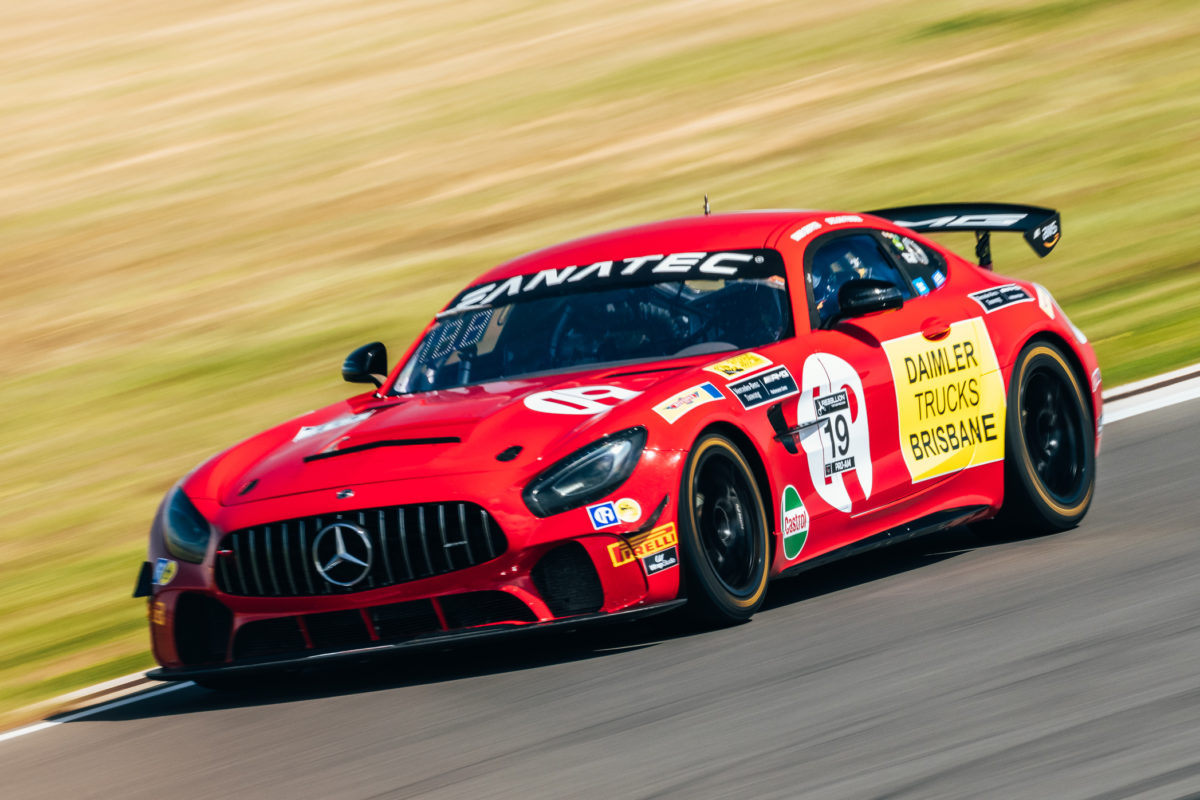 Paul Morris is set to return to driving when he debuts in the final round of Fanatec GT World Challenge Australia Powered by AWS at the Valo Adelaide 500.

The 2014 Bathurst 1000 winner is set to partner Mark Griffith in the latter’s Mercedes-AMG GT4, taking over from son Nash, who will be in action in the Super2 Series in Adelaide.

It will be Morris’s first event in a GT4 car and first at all since winning his class in the 2021 Hi-Tec Oils Bathurst 6 Hour.

He will be aiming to help clinch the title for Griffith, who holds an 11-point advantage over fellow Mercedes steerer Sam Brabham.

“It should be good to get out there,” said ‘The Dude’.

“I’m looking forward to having some fun and enjoy driving a cool car on a cool track.

“The GT4 title means a lot to Griffo. Like any time you go motor racing and there’s a championship on the line, it means a bit extra.

“The good thing with Griffo is that he has plenty of speed. He is a very capable driver in his own right, so we’re safe there. He might even knock me off!

“And being there for the return of Adelaide is great. It’s one of the events that everyone wants to be at.

“After the race was canned a couple of years ago, I thought it was gone forever. They were selling off equipment and assets, but to have the iconic event back in Adelaide, I really wanted to be there for it.

“I really encourage everyone to get there and support it, which from the sounds of things people will, and prove that it deserves its place.”

One of the lures for Morris is news that GT4 will next year be a class within Australian Production Cars brought to you by Liqui Moly (APC), as announced at the Supercheap Auto Bathurst International.

In a move which coincides with the Australian Racing Group buying a stake in the company behind APC, plans are afoot to grow GT4 such that it has a championship of its own in 2024.

“From a team and competitor’s point of view, I’m interested in the GT4 announcement,” noted Morris.

“That category has some strong potential. GT3 cars are going too fast for some Am competitors. Even Porsche CC [Carrera Cup] is a bit too much. GT4 seems to be the perfect regulations for a wider variety of racers.

“I’m looking forward to finding out more about GT4 next weekend, so there’s plenty of reasons for me racing.”

Meanwhile, two of Audi’s international superstars will return to Australia to compete in the GT3 Pro-Am class of GT World Challenge in Adelaide.

Yasser Shahin, who leads the championship, will be joined by Christopher Mies given his regular Pro co-driver Garth Tander will be on television duties for Supercars.

Action starts on Thursday, with three, 40-minute races on the cards across the weekend.