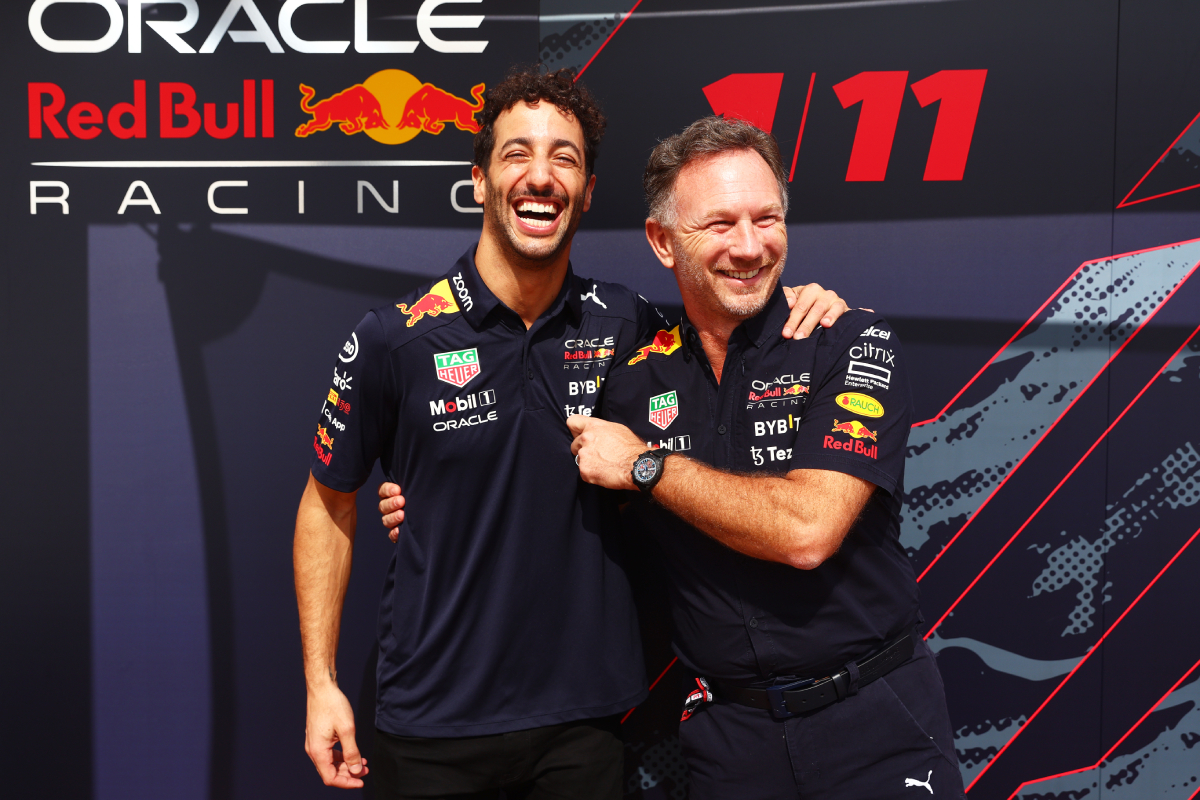 Daniel Ricciardo will return to Red Bull for 2023

Daniel Ricciardo will return to Red Bull for the 2023 Formula 1 season.

The Australian will support Max Verstappen and Sergio Perez as Third Driver at the championship-winning squad after inking a deal with his former team.

Ricciardo had been linked with a move back to the squad he raced for from 2014 to 2019 after agreeing to the early termination of his contract with McLaren.

However, that was initially claimed to have been the result of a poor translation with multiple sources confirming to Speedcafe.com that, at that point, the deal was not yet signed.

That has now happened, with Ricciardo to return to Milton Keynes next season.

“The smile says it all, I’m truly excited to be coming back home to Oracle Red Bull Racing as their Third Driver in 2023,” Ricciardo said.

“I already have so many fond memories of my time here, but the welcome from Christian, Dr Marko and the entire team is something I’m sincerely appreciative of.

“For me personally, the ability to contribute to and be surrounded by the best team in F1 is hugely appealing, whilst also giving me some time to recharge and refocus.

“I can’t wait to be with the team and support with simulator work, testing sessions and commercial activities. Let’s go!”

Team boss Christian Horner added: “It is great to bring Daniel back into the Red Bull family.

“He has enormous talent and such a brilliant character; I know the whole factory is excited to be welcoming him home.

“In his role as test and third driver, Daniel will give us the chance to diversify, assisting in the development of the car, aiding the team with his experience and knowledge of what it takes to succeed in F1.

“We’re very pleased to be working with Daniel again and look forward to everything he will bring to the team in 2023.”