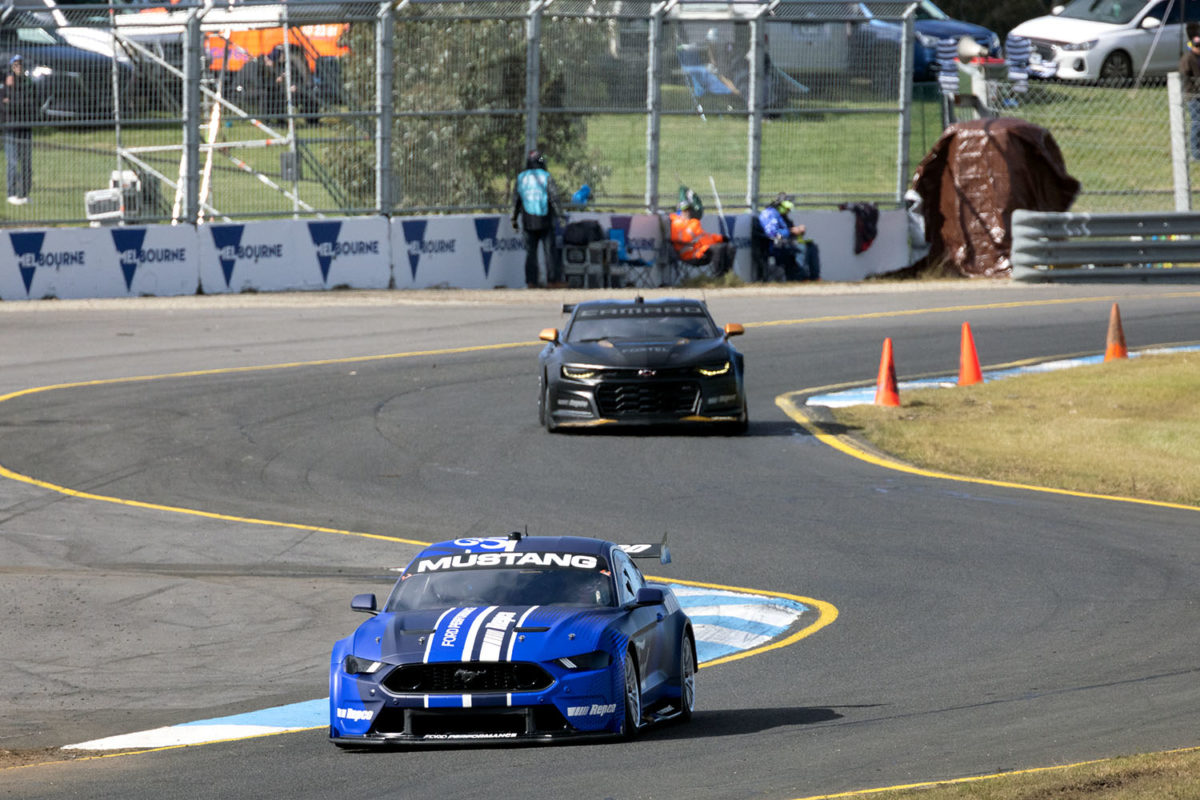 The 2023 Supercars calendar has been released confirming a 12-event season for the start of the Gen3 era.

That’s one less event than the current season but, with the return of Newcastle to the schedule, both Winton and the New Zealand event have been dropped, while Tony Quinn’s Queensland Raceway also remains off the calendar.

However, the Sandown 500 is back in its traditional pre-Bathurst slot, which has not been the case since 2018, and next season will be the first with multiple two-driver races since 2019.

The timing of the Sandown event has caused a date clash due to the circuit allowing itself to be double-booked, with a previously announced round of the SpeedSeries set to be moved.

As previously announced, the 2023 Supercars season begins with the Thrifty Newcastle 500 on March 10-12, before the Beaurepaires Melbourne 400 takes place when the Formula 1 Australian Grand Prix occurs at Albert Park from March 30-April 2.

The Perth SuperSprint has been brought forward as Event 3 of the season, taking place at Wanneroo (now known as Carco.com.au Raceway) on April 28-30, with Supercars announcing a new, multi-year deal with the Western Australia Government.

The Ned Whisky Tasmania SuperSprint at Symmons Plains moves back to May 19-21 but the northern swing is unchanged, with the Darwin Triple Crown at Hidden Valley on June 16-18 and the NTI Townsville 500 on July 7-9.

The Beaurepaires Sydney SuperNight will be held on July 28-30, followed by the OTR SuperSprint at The Bend on August 18-20.

Making its return on September 15-17 will be the Penrite Oil Sandown 500, three weeks before the 60th anniversary edition of the Repco Bathurst 1000 takes place on October 5-8.

Intriguingly, every event has been listed on the calendar as being at least three days long, although formats are yet to be confirmed and dates are “subject to change”.

There is, however, likely to be a significant format shift at Albert Park given the need to accommodate the addition of Formula 2 and Formula 3 to the Australian Grand Prix programme.

Also notable is the fact that Sydney Motorsport Park “will host the first ever night race between the Camaro and Gen3 Mustang,” meaning Perth will be an all-daytime affair for the first time since 2018, while Darwin will once again be the designated Indigenous Round.

Supercars CEO Shane Howard said, “With the Camaro versus Mustang debut, the return of the Sandown 500 and our marquee event, the Repco Bathurst 1000, celebrating its 60th anniversary, 2023 is shaping as one of the most exciting in the history of our sport.

“This year we have seen huge crowds return to our events and Adelaide is shaping as a spectacular finale for the Holden Commodore and Ford Mustang rivalry.

“We cannot wait to rollout out our Gen3 Ford Mustang and Chevrolet Camaro at Newcastle in March. What an amazing way to start the new chapter of racing for our sport.”