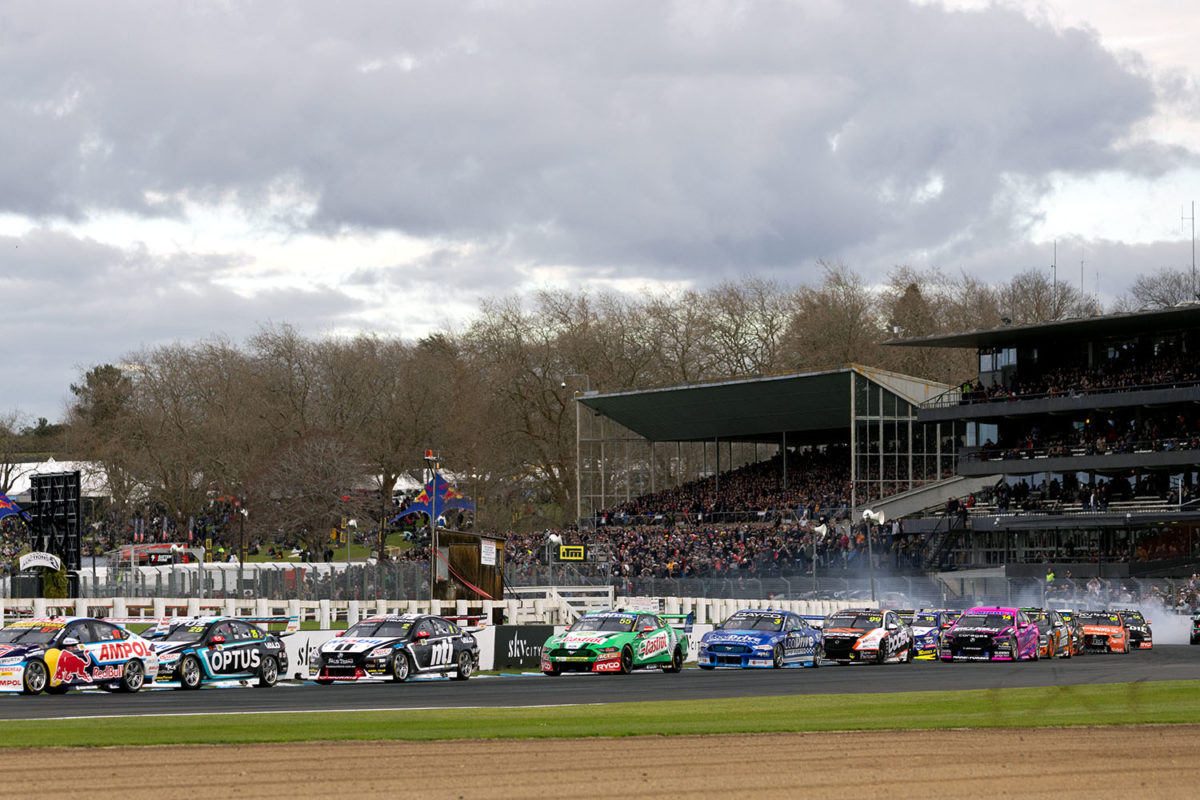 The last ever Supercars event at Pukekohe

Supercars CEO Shane Howard has indicated that the championship is likely to be racing in New Zealand again in 2024 after the country was left off the 2023 calendar altogether.

Notwithstanding a five-year period at the Hamilton Street Circuit, it was Pukekohe Park Raceway which had become established as the championship’s traditional New Zealand circuit.

However, that venue closes to motorsport activity in April next year, a decision announced less than two months before this year’s Supercars event.

While the closure has long been on the cards, the timing of the decision took many by surprise, and left Supercars with the task of trying to find a replacement at relatively short notice.

Hampton Downs was considered the front-runner and Howard expressed his “absolute intent” to continue racing in New Zealand, but that will not happen next year, a fact confirmed by the release of the 2023 calendar.

On that, he says now, “We are still in progressive talks with our counterparts there for an event in the future, however as they continue, it is in the best interest of all parties involved to focus on 2024 and beyond.

“We have every intention to return to New Zealand and we are confident of an announcement in the new year regarding a partnership with a new venue.”

A representative of government in New Zealand was also quoted on the topic in Supercars’ calendar announcement, namely the Manager NZ Major Events at Ministry of Business, Innovation & Employment, Kylie Hawker-Green.

“The Ministry of Business, Innovation and Employment has previously supported the V8 Supercar events with $2.2 million over five years from the former Major Events Development Fund and will continue to liaise with event organisers to consider how the government could support the event returning to Aotearoa New Zealand in future.”

Hampton Downs is yet to host a Supercars event, but was on the calendar as recently as 2020, as a late replacement for Pukekohe after it was noticed that the Auckland region circuit could not host car racing on ANZAC Day, as had been intended for what would be a COVID-affected season anyway.

Hampton Downs’ inclusion, however, was something of a compromise, considering the circuit is located in Waikato, just across the border from Auckland, and hence in a different regional government area to that which helped fund the Pukekohe event.

That an official from a national government ministry was quoted in Supercars’ announcement could possibly speak to another source of support for an event in Waikato, or maybe even an event at another circuit altogether.

The date on the 2023 calendar which had been set aside for New Zealand has now been given to Sandown, which will see the return of the traditional 500km, pre-Bathurst enduro.