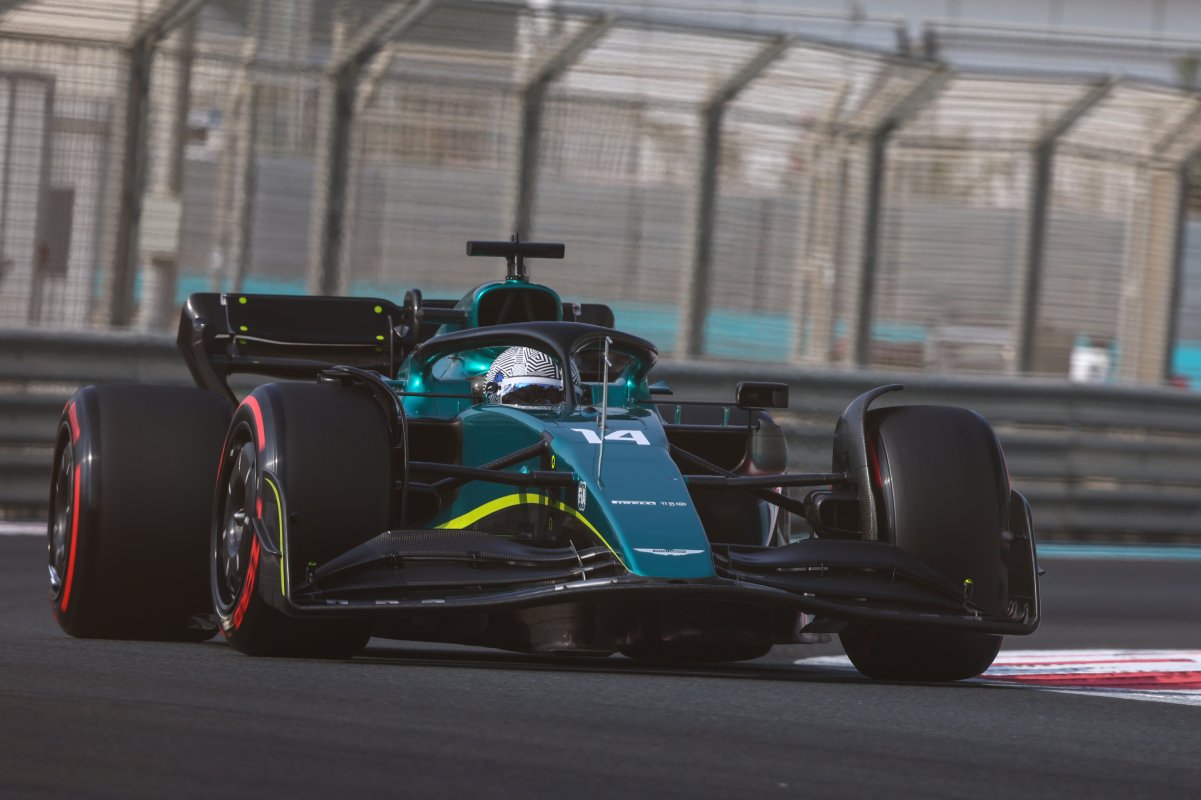 Fernando Alonso is more than 100 percent happy with his decision to join Aston Martin following his first test day with the team in Abu Dhabi.

The Spaniard was allowed to join the Silverstone-based operation on loan from Alpine ahead of his official departure from the squad at the end of the calendar year.

Alonso drove a plain green car, bereft of the usual sponsorship logos and donned a plain helmet and unbranded overalls for the test in Yas Marina.

In action through the morning, the two-time world champion managed 97 laps with a fastest time of 1:26.312s.

That left him third best until late in the day when others improved, though laptimes have more novelty value than anything.

“I’m much more optimistic now,” Alonso told the media, including Speedcafe.com following his maiden test with his new team.

“When I signed for Aston Martin I was 90 percent happy.

“When they started improving and they finished the season on a high, I was 100 percent. Now, I’m 100-plus.”

On top of performing tyre testing for Pirelli, Alonso’s programme was largely centred on building familiarity and identifying any pain points within the current Aston Martin system.

“First, the seat, because it’s a little bit painful on the left side,” he said of his learnings from the day.

“Obviously we did 97 laps compressed into one morning, so it was quite extreme.

“There are small things and most of them are comfort, it’s not really the balance or the behaviour of the car.

“It’s the shift downs for the gears, the pit lane, the dash, messages, when you do a change, how long does the message take to pop up on the dash, these kinds of things.

“You are used to one set-up so you try to accommodate things to see in a more natural way, so these kinds of things are the priority right now.”

Heading into the test, the steering system of the Aston Martin was a concern.

However, with the better part of 100 laps under his belt, the 41-year-old was left pleasantly surprised.

“We had some concerns on the steering feedback,” he said.

“With Alpine, the first year, we had to work a lot – nearly five months – on the steering assistance, on feedback.

“So we had some concerns that we spoke about over the last few weeks so it was a happy surprise that I felt okay with Aston’s system and we don’t need to change it.”

Following his run, Lance Stroll stepped into the car.

His appearance was designed to validate Alonso’s input, given he ha been with the team for two seasons.

“It was in the programme to try to squeeze as many laps as possible and then Lance to feel a few changes that we made, that were needed for me, in terms of the steering feeling and things like that,” Alonso explained.

“So it’s good to have Lance in the car to see if he also feels a benefit on that and if we can run similar settings next year.”