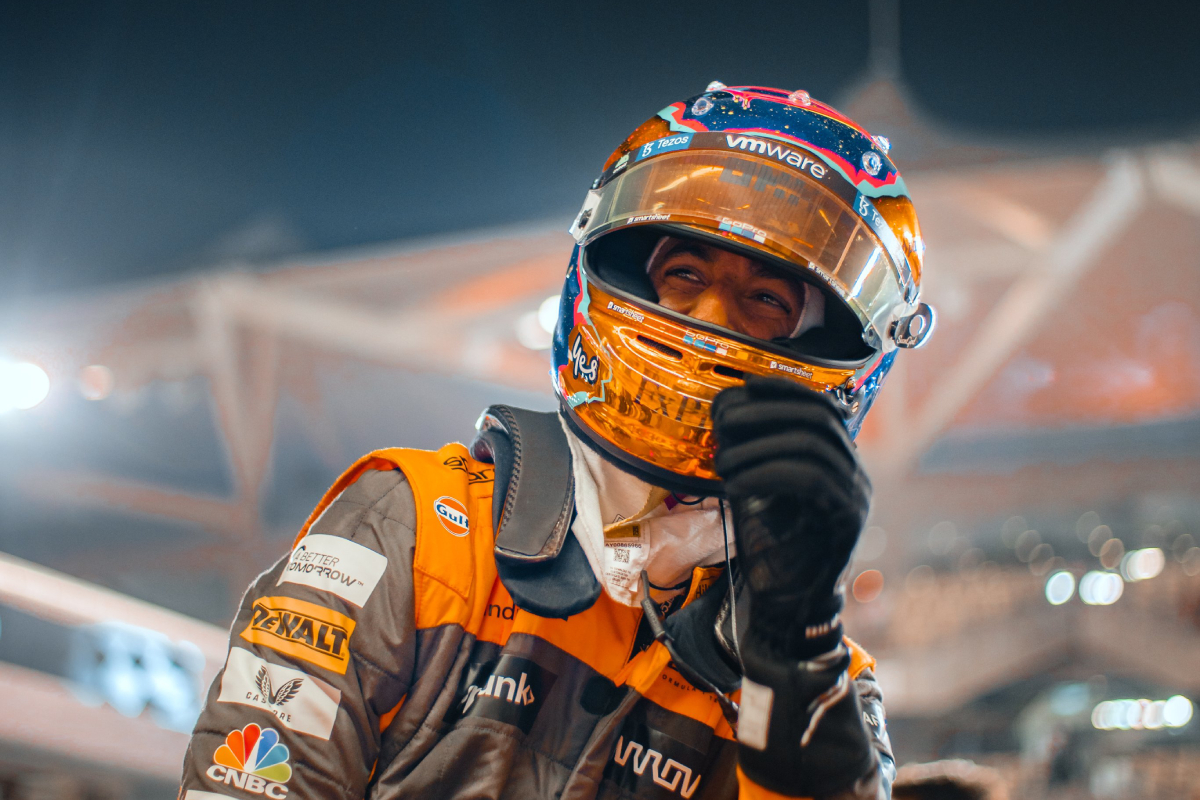 Daniel Ricciardo was relieved to end the 2022 Formula 1 season in the points at the Abu Dhabi Grand Prix.

The Australian moved from 13th on the grid, courtesy of a three-place drop after clashing with Kevin Magnussen in Brazil, to finish his final race with McLaren in ninth.

It saw him rise to 11th in the drivers’ championship with a final score of 37 across the year’s 22 races.

“I’m happy – just relieved also the season finished like this and not like the race in Brazil,” Ricciardo said.

“To see the chequered flag, to finish in the points, just makes me a little more at peace with how this year has ended.

“Of course, I don’t know what the future holds, so if this was to be my final ever race, at least I can say ‘alright, had a nice little battle with [Sebastian] Vettel at the end.’

“I feel a bit more content with my performance, so for that I’m relieved.”

McLaren marked the end of its time with Ricciardo by donning hats on race day in Yas Marina.

On the grid, he took a photo with his crew before climbing into the car for the final time in an otherwise routine pre-race build-up.

“I tried not to get too emotional,” he said.

“I didn’t want to be overridden with emotions and a lot of nostalgia and all these things.

Over the week, there were a number of celebrations for Ricciardo, both at the factory and at the circuit.

“Knowing that whatever we did was the last time actually we did it together with Daniel was emotional,” said Team Principal Andreas Seidl.

“At the same time, we made sure throughout the weekend, as a team together with Lando [Norris] and with Daniel, that we kept the focus on still trying to pull off the best possible result.

“But of course, especially today when Daniel left the garage last time, going on the grid, and then also when I said [for the] last time ‘have a good race’ on the grid was emotional.

“I think, in the end, it was simply great to see that he was pulling off a good race for us.

“Getting back into the points from 13th was down to a great drive from his side, together with the great work of his side of the garage and the pit crew.

“I think we’ve finished our chats together on the best possible high, which was the aim after all the announcements after the summer break.”