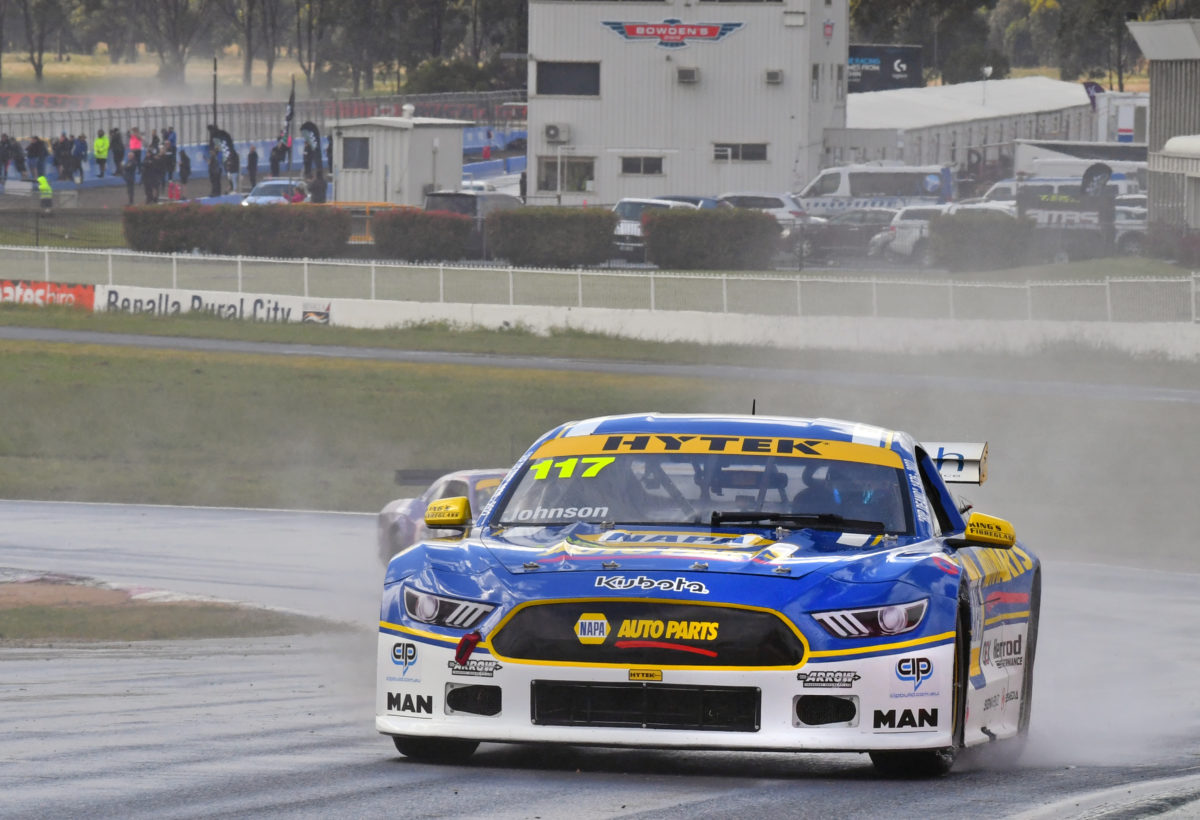 The third-generation Johnson steered his Ford Mustang to fifth in the 12-lap race to become Champion-elect, mathematically securing the title with one race remaining.

“It feels really good to have finally done the job,” Johnson told Speedcafe.com.

“I can relax now, I can get the elbows out a little bit more in the last race, and just enjoy myself.

“It still hasn’t really sunk in but getting out of the car and being able to breathe, it’s all over, now we can relax.”

The 17-year-old won his maiden national title with his family trackside, including father Steven Johnson and grandfather Dick Johnson, who earlier this year drove a trio of Mustang Supercars at Queensland Raceway.

“They were they were just stoked as I am,” he added.

“Grandpa said if I don’t go out and win the last race, he’ll be a bit disappointed.

“He’s just as excited as I am, so is everyone.”

Johnson is looking forward to enjoying the final race of the season, and will be hoping to cap off the season with a victory.

“I’m gonna go and enjoy it, have some fun,” he stated.

“I’ve done the job and yeah, I’ll go out and I’ll try and win the last race.

“I don’t need to drive so conservatively now, but we’ll see what comes of it.”