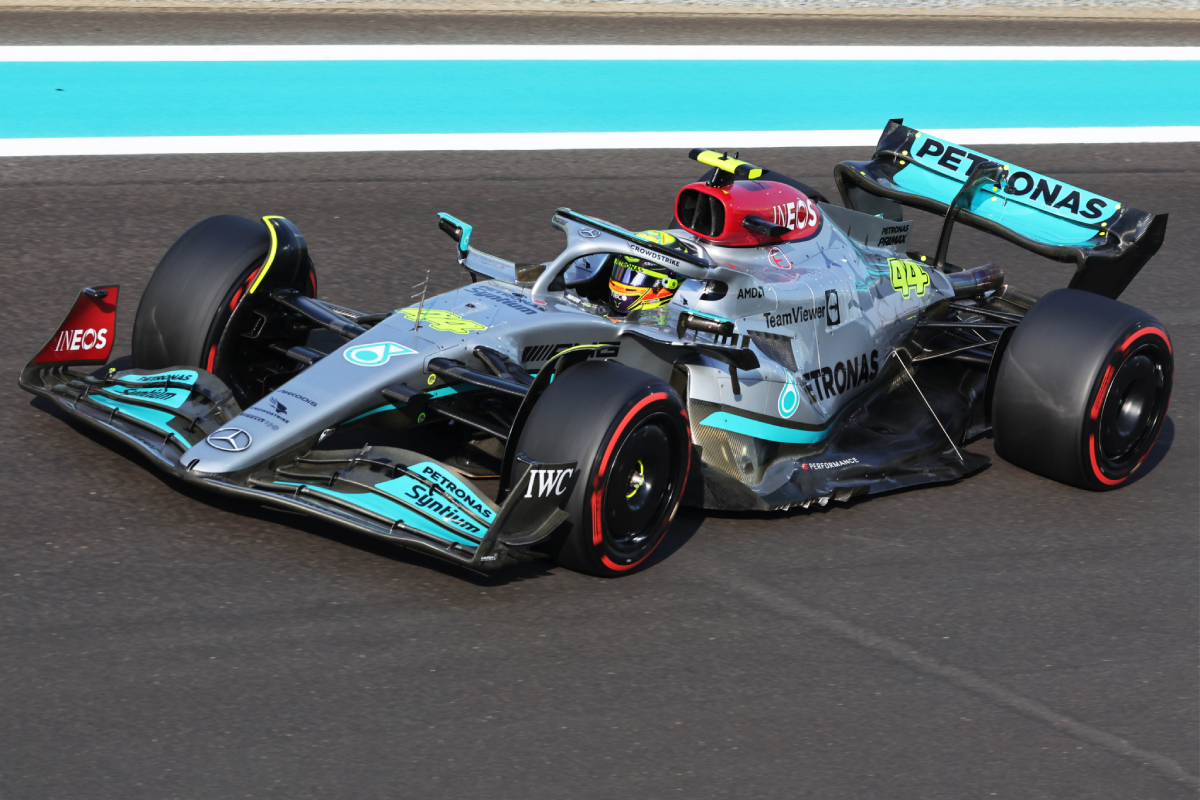 Lewis Hamilton is looking forward to the end of Formula 1 testing on Tuesday as it means he’ll never have to drive the 2022 Mercedes W13 again.

Hamilton is poised to end the year winless, the first season in his F1 career that he’ll have not stood on the top step of the podium.

It has been a difficult campaign for Mercedes, which struggled with porpoising in the early part of the season.

That took time to resolve, as did understanding the tricky W13 which underwent a significant revision mid-season.

Performances have improved, and George Russell won the Sao Paulo Grand Prix a week ago to emphasise that point, but it is a long way shy of the crushing form the team has enjoyed for the better part of a decade.

In Qualifying on Saturday, Hamilton could manage only fifth, while reporting that the porpoising, that had been largely resolved, had returned.

“But we are losing 0.6s on the straight.

“[It’s] Kind of reminiscent of some of the previous races before Austin, and bouncing is back, so that’s not been easy.”

Following the Abu Dhabi Grand Prix, teams will remain at Yas Marina for a day of post-season testing on Tuesday.

There, they’ll run two cars; one with a race driver completing tyre testing for Pirelli, and another with a young driver running to their own programme.

Hamilton is set to be in action for Mercedes in what he hopes will be his last drive of the 2022 car.

“I am looking forward to the end of Tuesday, which is the last time I have to drive this thing,” he joked.

“Don’t ever plan to drive this one again – it won’t be one of the ones I request to have in my contract!”

Team boss Toto Wolff also suggested the car will not hold a prominent position in the team’s collection.

“I think this car will always have a special place in our collection, very far back,” he laughed.

“But I think that hopefully the next years we’ll do her justice because the learning curve with that car was enormous.

“Our fundamental understanding of aerodynamic vehicle dynamics, correlation, has really had a step change.

“And it will also not be forgotten as a car that dominated the Brazilian Grand Prix!”

The Scuderia’s cars have locked out the second row, Charles Leclerc ahead of Carlos Sainz, while Hamilton is joined on Row 3 by George Russell.