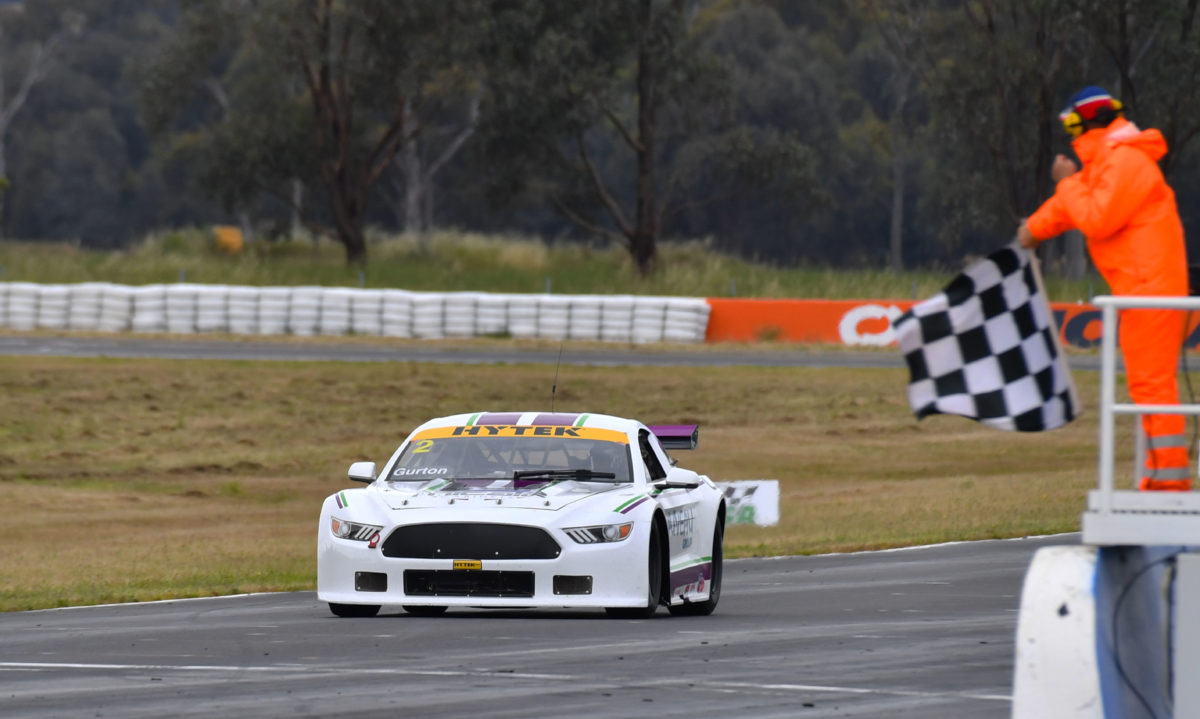 Points leader Jett Johnson (Ford Mustang) dropped back two positions to finish fourth, but maintained his advantage at the top of the standings, adding 49 points to his tally to hold a 95-point gap with 110 points remaining in the two races.

If Johnson finishes Race 3, he will become Champion-elect.

The track was declared wet for the 12-lap encounter, with Gurton leading the way from Johnson and Gartner.

Gartner made progress early, passing Johnson on Lap 2 for second place, where he would finish the race, as Rice began his charge for the podium from eighth, with a move on title contender Graham Cheney (Chevrolet Camaro) to take seventh.

At the front of the field, Gurton was steadily building a health margin, with 4.0190s to second-placed Gartner on Lap 5.

Rice passed Peter Robinson for fourth on Lap 6, before making his way past Johnson for third on Lap 8 where he would remain for the balance of the race.

Gurton set the fastest lap on Lap 8 with a 1:39.4650s before the yellow flag was waved after Mark Crutcher had an off-track excursion at Turn 11.

The Safety Car took control of proceedings on Lap 9, with Gurton leading from Gartner and Rice.

After the #4 was retrieved, the race resumed with one lap remaining, with Gurton taking the win ahead of Gartner, and Rice.

Race 3 of the TA2 Muscle Car Series will take place at 11:10 local time/AEDT.