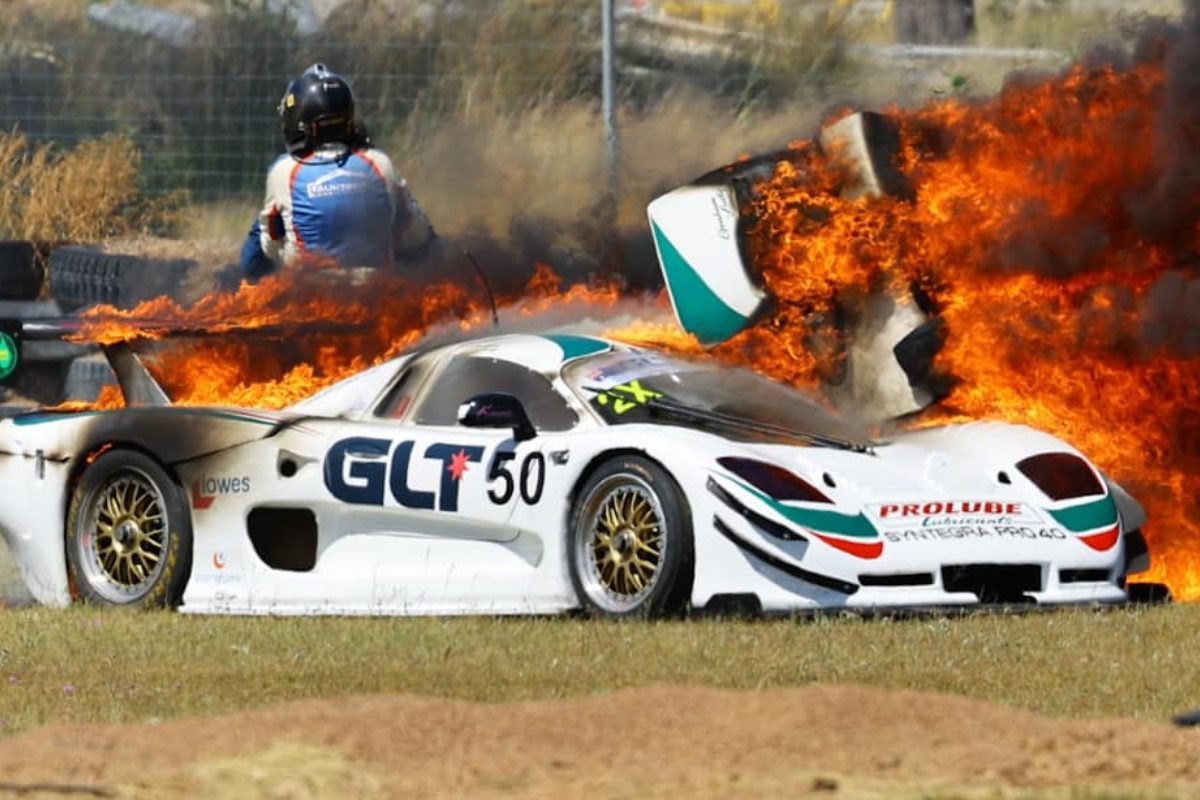 MARC Cars Australia owner Geoff Taunton has been praised for helping Graham Lusty move away from his burning Mosler GT3 after it burst into flames at Morgan Park Raceway.

After taking the chequered flag in Race 2 of the MARC Cars Australia and Invited Category, Taunton pulled over in his MARC II V8 car and assisted Lusty in moving him away from the flames that engulfed his car.

This incredible feat of sportsmanship was congratulated by the Australian motorsport community on social media, with Taunton being labelled ‘an absolute legend!’.

“I’d already taken the flag, taking it easy and I saw that something was on fire,” Taunton said.

“The flames were certainly three-to-six metres tall, [the car was] well and truly engulfed and I didn’t see him lying beside the car, I thought he was still in the car. So naturally, I started ripping out my plugs and I just jumped out.

“I just bolted because I thought he was still in the car, but then I saw he was lying beside the car about two metres from the fire.

“Luckily for me, all I had to do was pick him and walk him away from the car. He got himself out of the car.

“I’ve never ever seen anything like it. When I turned around, everyone was out of the cars and had their fire extinguishers out standing there trying to do something.

“The firefighters had it completely under control, I honestly have no idea what the cause was, but they had the fire out in under five, ten seconds.”

According to social media, it took 11 fire extinguishers and 300 litres of foam to extinguish the blaze.

“We all stopped, the whole field,” Taunton added.

“The poor pit-crews had no idea what was going on since no-one was on the radio.

“Just thanks to everybody, it was sensational the way everyone helped. It really makes you feel good that when everything is said and done, everyone is okay.”

MARC Cars are working in partnership with PACE Innovations in creating a new generation MARC car that is set to debut in the new standalone MARC Cars Australia Series in 2023.