TA2 title down to the wire as Gurton wins opener

TA2 title down to the wire as Gurton wins opener 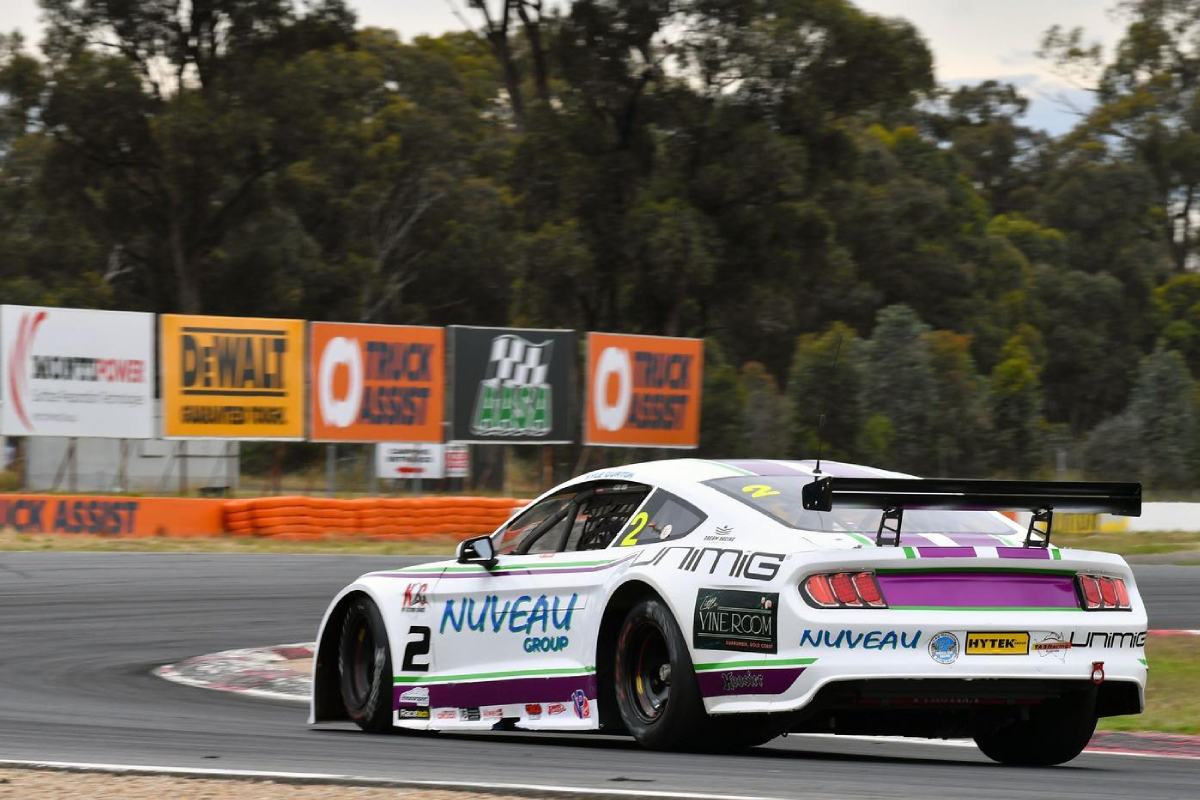 Kyle Gurton has claimed victory in Race 1 of the TA2 Muscle Car Series Framed by Hytek at Winton Motor Raceway, as Jett Johnson saw his series lead reduced ahead of tomorrow’s championship-deciding races.

Johnson led the standings going into this weekend’s round by 91 points over Graham Cheney and Nicholas Bates but ended the day 87 clear. With 165 in total available across all three races tomorrow the third-generation Johnson’s maiden national series title is by no means secured.

Gurton began the final round of the season by qualifying his Ford Mustang on provisional pole with a 1:24.3998s, sealing his spot in the Top 10 Shootout ahead of Ford Mustang driver Mark Crutcher with Dream Racing Australia team-mate Jackson Rice in third.

The weather turned for the Top 10 Shootout, with Jackson Rice claiming his maiden pole position on a wet track, steering his Ford Mustang to a 1:44.6233s.

Gurton joined him on the front row, with Coulter and Bates qualifying third and fourth fastest respectively.

Johnson had suffered an engine failure on Friday but his troubles weren’t over as he was hit with a 10-point penalty for missing today’s driver’s briefing and started the opening race in fifth, with fellow title rival Cheney in sixth.

Holinger, Crutcher, Mackelden, and Loscialpo rounded out the top 10.

Gurton improved from second to claim victory in Race 1 defeating Johnson and Brad Gartner on a damp track.

He pressured polesitter Rice for 11 laps before making a move on the outside at Turn 1 on Lap 12 to take his second win of the season.

In a calculating drive with his title contention in mind, Johnson moved forward from fifth to finish second, while Gartner charged through the field from 13th to third.

Bates and Cheney were sixth and seventh respectively, while early race leader Rice subsequently ran off the circuit at Turn 5, dropping to eighth in the latter stages of the race.

Johnson will win the series tomorrow simply by finishing all three 15-lappers, even if title rival Cheney wins them.