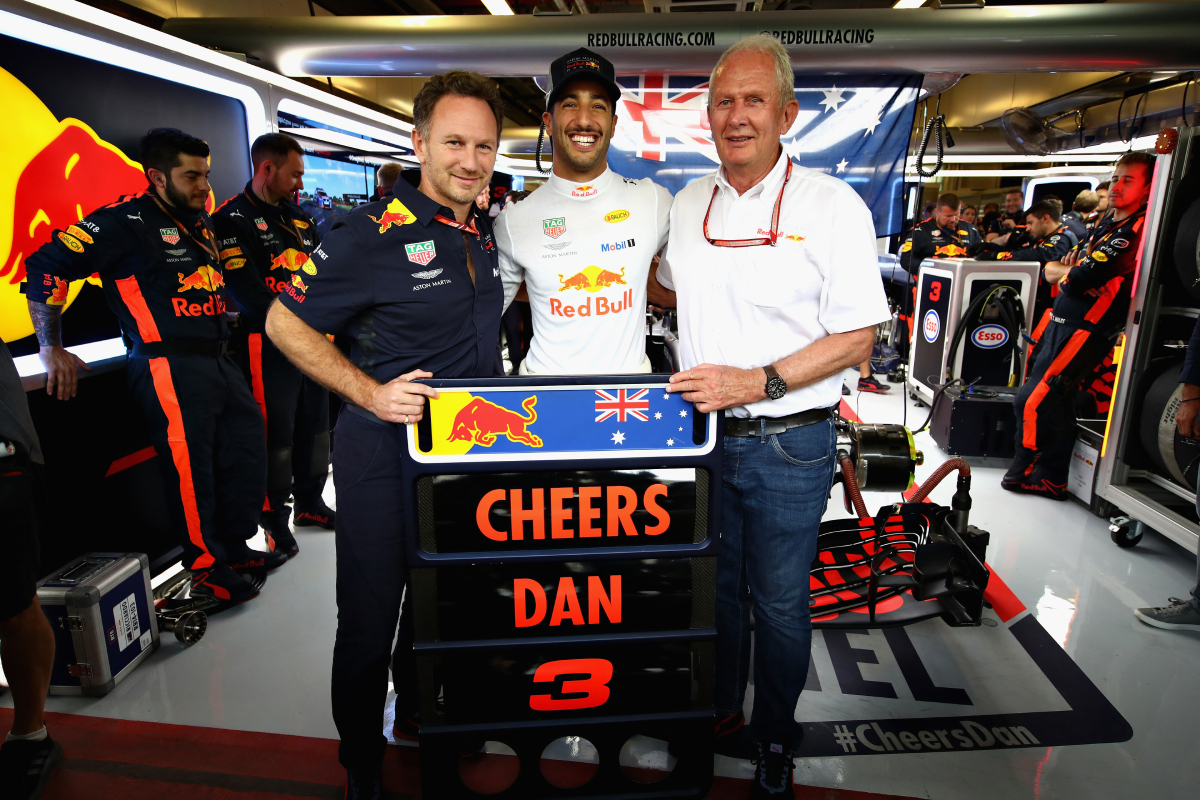 Daniel Ricciardo has not yet signed a contract with Red Bull

Daniel Ricciardo has not signed a contract with Red Bull to become its Formula 1 Reserve Driver. Yet.

The Australian will ink a deal though team boss Christian Horner has confirmed remarks made on Friday in Abu Dhabi were premature.

Multiple sources confirmed to Speedcafe.com at the time that was not the case, a fact now reaffirmed by Horner.

However, a deal is set to be agreed upon in the coming days following on from comments made by Ricciardo that progress has been made.

That will see him take on a supporting role to Max Verstappen and Sergio Perez, but without a view to a race seat.

“Well, we haven’t signed anything yet, but Helmut, in his enthusiasm, obviously announced it, so I guess that means that Daniel will be joining – us unless he of course he chooses not to sign it,” Horner said of the situation.

“Daniel is a big character.

Red Bull’s interest in Ricciardo is more than just providing a ready option should Verstappen or Perez be unable to race, with the operation also seeing marketing value in the Australian – whose salary would not come under the team’s cost cap (nor would his lunch, Horner joked).

“Just with the demands that are on the race drivers these days, just from a marketing perspective alone –  we’re very active as a team, we do many, many show runs and events.

“To have a driver of Daniel’s profile and history with the team within the group is only an asset for us,” Horner explained.

“So it means that he keeps in touch with Formula 1 and we’ll obviously be using him on the simulator, as well he’ll be attending, potentially, some events – of course, if he does sign a contract.”

Ricciardo’s role with Red Bull, if indeed he does sign the contract he’s been offered, would not see him become a race driver.

There had been suggestions the eight-time race winner could replace Sergio Perez at short notice, or even move into that seat for 2024.

“We have a contract with Checo [Perez] for the next two years.

“What the partnership of Max and Checo has produced has been phenomenal for us.

“The two drivers, they do have a good relationship.

“They’ve raced well for the team, and we’ve got no reason to see that being any different tomorrow or for the duration of their contractual commitment to the team.”