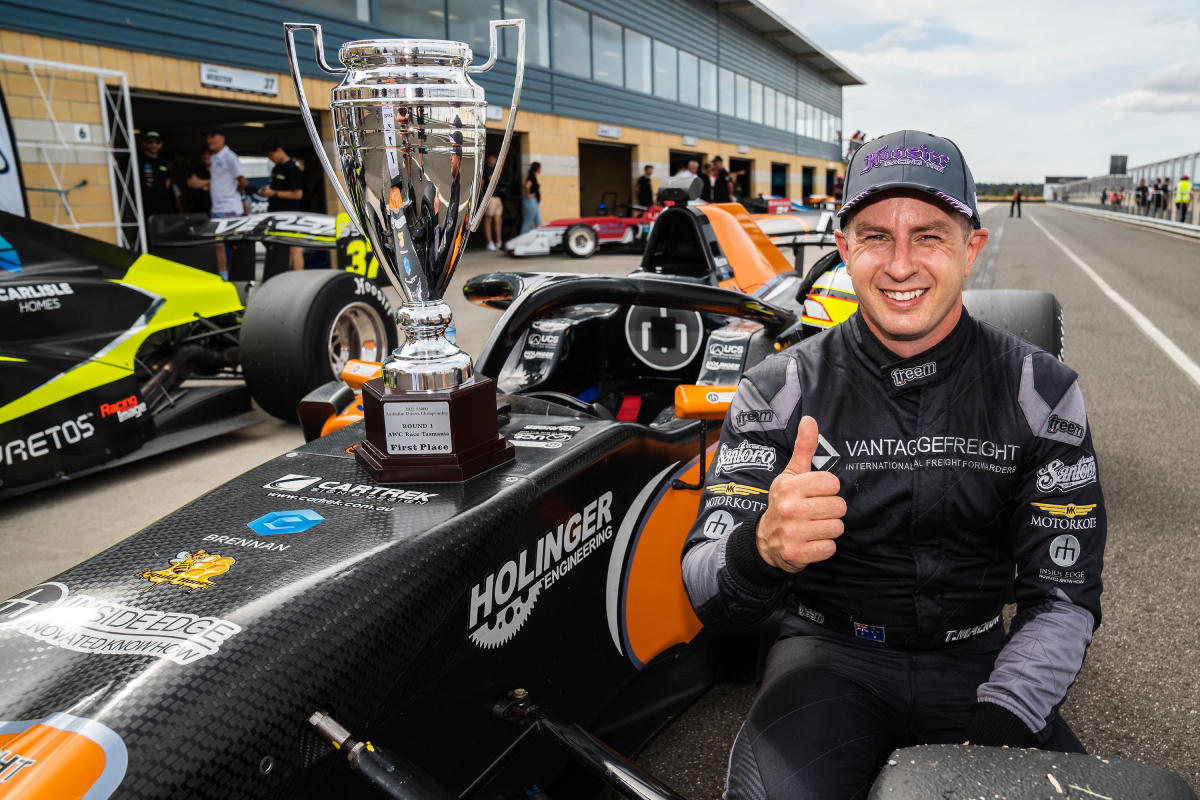 The two-time Australian Drivers’ Champion has enjoyed a decorated career and is one of the most successful drivers in the history of the Gold Star championship, collecting 32 race wins.

In recent years, the open-wheeler has been heavily involved with the S5000 Series, testing the early variants of the car, while taking to the grid for every race in the history of the category preceding last month’s Boost Mobile Gold Coast 500.

He will hang up the helmet and turn his attention to his motorsport business following the December 1-4 South Australian event.

“The original plan was to step back after this year’s Gold Star series, but once the Valo Adelaide 500 S5000 event was announced, those plans were delayed,” Macrow said.

“I raced there in F3, and the opportunity to drive S5000 on one of the country’s most spectacular tracks was too much.”

As part of his plans for next year, Macrow intends to give opportunities to rising motorsport talent in the open-wheel category.

He will be hoping to call on the support of long-term supporters to run the pair of S5000 single-seaters.

“UCS, with its distinctive orange Team UCS colours, has been the major support for our efforts for these past two years, along with Holinger and, more recently House of Orange – and of course car owners Frank Harris’ and Chris Lambden’s support has been instrumental,” Macrow added.

“I’m hoping that they will all play a part as we morph into a team of competitive young racers.

“S5000 has served its apprenticeship through some challenging times, and I expect that our 2023 team will be part of making up an expanded grid for a category that really does tick all the boxes for drivers and spectators who’ve wanted a serious ‘big-car’ Australian single-seater category for so long.

“In the meantime, I can’t wait to get to the streets of Adelaide.”

The final round of the S5000 Tasman Series will take place at the Adelaide 500 from December 1-4.