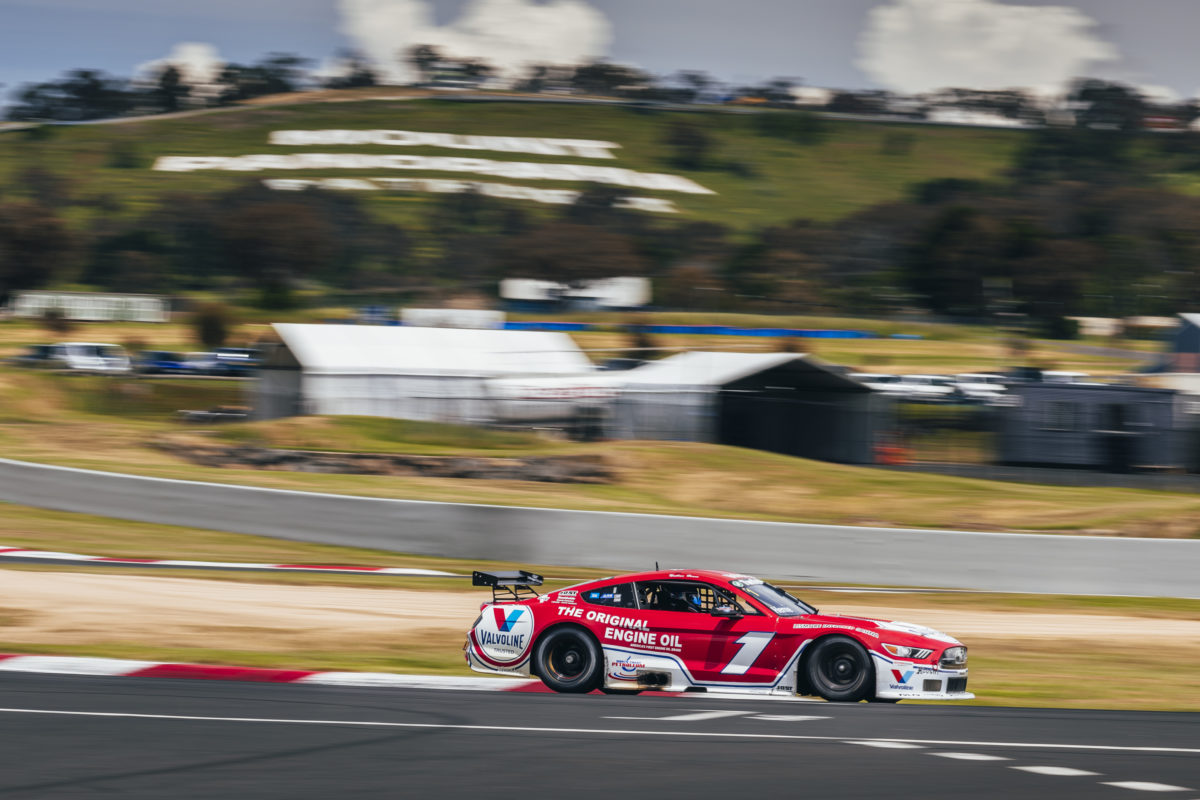 Nathan Herne has dominated the Turtle Wax Trans Am 100 at the Supercheap Auto Bathurst International.

The Garry Rogers Motorsport driver led all 15 laps which were run around Mount Panorama as the contest ended slightly shy of its scheduled race distance due to time-certainty.

Team-mate Owen Kelly crossed the finish line in second position but is officially classified fourth due to a 15-second penalty for punting Brett Holdsworth at Forrest’s Elbow on the final lap.

Holdsworth tried to stick with Herne as they rounded Hell Corner for the first time but this year’s series leader wrested first position for himself on exit.

Lochie Dalton took up third and Kelly fourth, with Grice remaining a close fifth even after a big catch as he dropped off the McPhillamy Park crest on Lap 2.

Kelly and Grice continued to pressure Dalton until the youngster locked the rears and ran off at The Chase on Lap 3, becoming beached at the edge of the gravel trap.

The ensuing Safety Car cost Herne most of the 1.8s lead which he had amassed to that point, before the race went green again on Lap 6.

He needed only three laps to stretch his margin beyond two seconds, as Grice continued to look for a way past Kelly and Morris ran a few tenths behind in fifth spot in the Supercheap Auto-backed Mustang.

Holdsworth then went on something of a charge and got the gap back down to 1.0s at the end of Lap 10, but he could not sustain that progress.

Just a lap later, he was almost two seconds in arrears of Herne again with the #73 Mustang of Kelly in his mirrors and Grice still lurking in fourth position, although Morris was losing touch.

On the 15th and final lap, Kelly got into the rear of Car #99 at Forrest’s Elbow and caused it to spin.

Kelly crossed the finish line 4.7954s behind Herne but was quickly slapped with the penalty which promoted Grice, who survived a late scrape of the wall at McPhillamy Park, to second and Morris to third.

Earlier in the weekend, Herne also won Races 1 and 2 after qualifying fastest too.