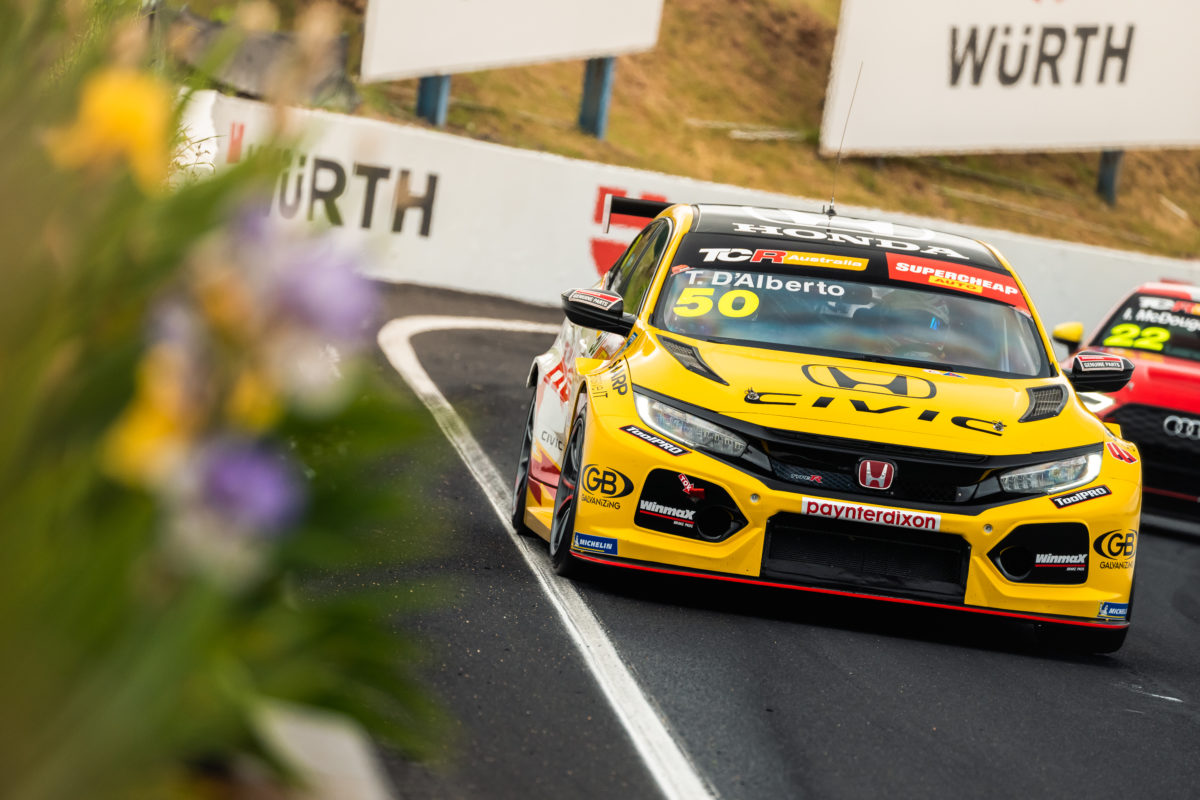 Tony D’Alberto will take a 49-point lead into this afternoon’s final encounter of the Supercheap Auto TCR Australia Series after Race 2 was cancelled due to bad weather conditions.

Low visibility saw that contest red-flagged as the field followed the Safety Car around Mount Panorama on what was officially Lap 1, and no restart would ever come.

As such, no points were awarded, and although the starting grid for Race 3 will officially be determined on aggregate round points so far, including those issued for Qualifying 2, it will be a match for the Race 1 results.

That means Bailey Sweeny (Hyundai) will start from first position and Dylan O’Keeffe (Peugeot) will join him on the front row.

As far as series contenders go, Will Brown (Audi, third in series) will start sixth, D’Alberto (Honda) in 11th, and Jordan Cox (Peugeot) in 14th.

The latter is 51 points off top spot and, with 75 points on offer for victory in Race 3, Josh Buchan (Hyundai) is also a mathematical chance of the title at 72 points behind D’Alberto, but faces an extremely difficult task even before accounting for his starting position of ninth.

As for D’Alberto, he needs only 26 more points to secure the title, which equates to a finish of 12th in this afternoon’s 20-lap encounter.

In that case, even if Brown wins the race, he would only draw level on series points and lose on the first countback of race wins, given he is officially yet to achieve one in 2022 and D’Alberto scored two at Queensland Raceway.

If Cox wins the race, D’Alberto still needs 12th because they would be tied on the first countback (two race wins each) and Cox is up on the second countback (two second places to one).

If Brown finishes second, which pays 69 points, D’Alberto need only get the 20 points which are available for 17th in what is currently an 18-car field after the withdrawal of fastest qualifier Jay Hanson following a crash which damaged his Audi.

Should Brown only make his way to third in Race 3, and Cox only to second, D’Alberto need only finish.

Buchan cannot win the series if D’Alberto finishes the race.

A start is due at 15:50 local time/AEDT, with the contest to be streamed live and ad-free on Stan Sport.