Herne leads all the way in Bathurst Trans Am Race 2

Herne leads all the way in Bathurst Trans Am Race 2 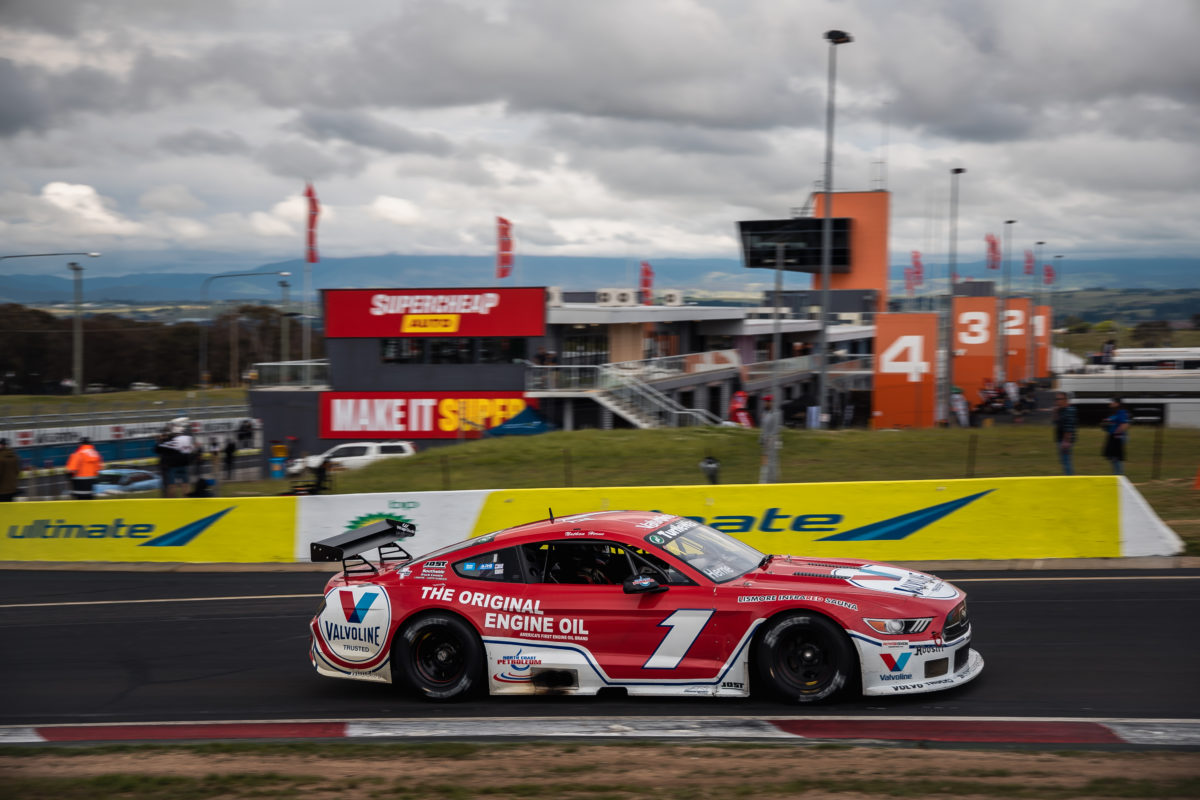 Nathan Herne has once again led from green flag to chequered, in Turtle Wax Trans Am Series Race 2 at the Supercheap Auto Bathurst International.

Herne started from first spot by virtue of his victory earlier in the day at Mount Panorama and held the position, as the rest jostled behind him.

By the time they sorted themselves out on the run into The Cutting, it was as you were with Owen Kelly second, from Brett Holdsworth, Lochie Dalton, and Nash Morris.

Herne led by 1.4424s after Lap 1, while Morris made a bold move around Dalton at The Tree on Lap 2 after the Garry Rogers Motorsport tyro had launched an unsuccessful attack on Holdsworth.

Ben Grice then slipped down the inside of Dalton and into fifth position at Forrest’s Elbow, before the man in #45 got back ahead on Lap 4.

Kelly continued to run in second place until he locked the rears at Murray’s Corner on Lap 5, opening the door for Holdsworth to go past.

Morris then made a forceful move on the #73 GRM entry for third at Forrest’s Elbow on Lap 6, as Herne continued to hold a comfortable advantage.

Car #67 looked slightly loose as Morris braked for The Chase on the seventh and final lap, but then copped nose-to-tail contact from Kelly which ensured it spun.

At the very front, Herne’s margin blew out to 4.2485s on the last 6.213km before the chequered flag, with Holdsworth second, Dalton inheriting third, and Kelly fourth to the finish line.

However, he was handed a post-race 15-second penalty which put him back to seventh, behind Grice, Morris, and James Simpson.

Rounding out the top 10 were Robert Noaker, Zach Loscialpo, and Mark Crutcher.

The season concludes with the Trans Am Bathurst 100, takes place tomorrow at 14:40 local time/AEDT.