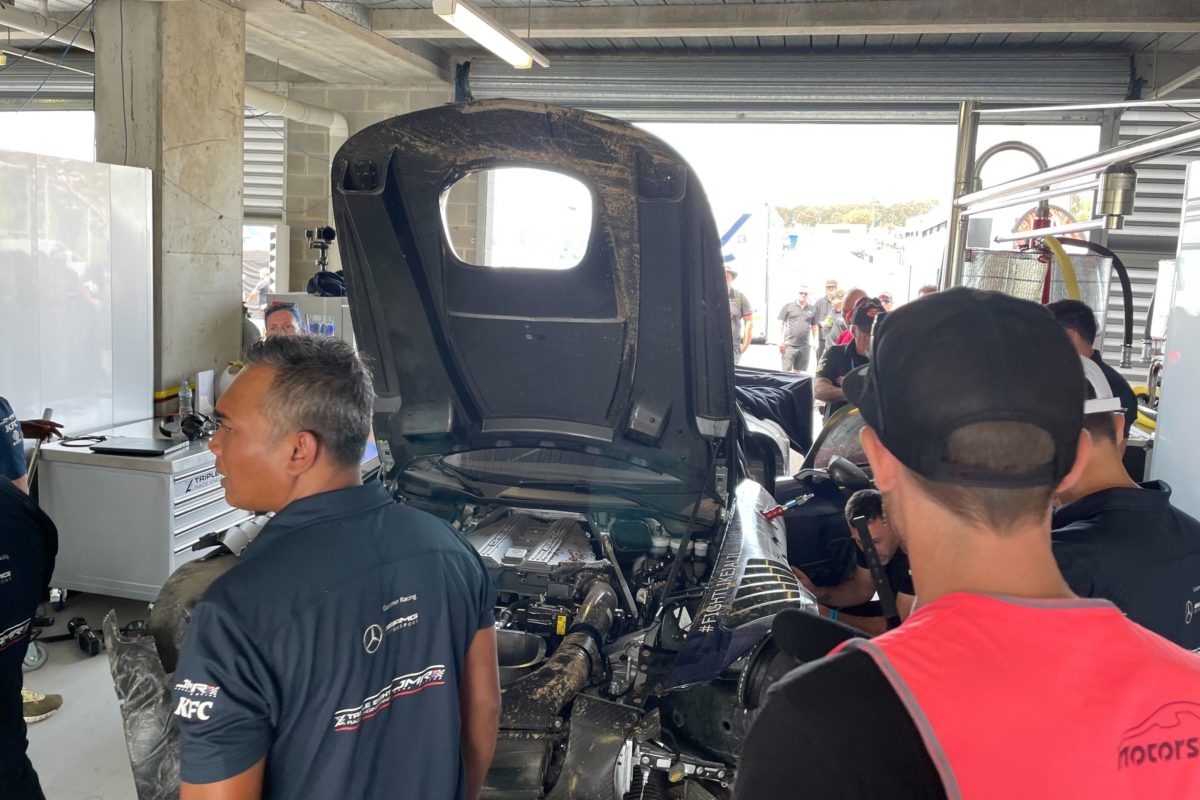 Replays show that Ibrahim started to lose the rear on the descent from the McPhillamy Park crest before an attempted correction which sent him on a path into the gravel trap, and ultimately frontal contact with the barriers which caused the car to roll.

Ibrahim was not seriously harmed, but the #88 entry, which he was to share with Whincup himself, is a scratching for the balance of the Mount Panorama round of Fanatec GT World Challenge Australia Powered by AWS.

“It’s got a bent chassis, which means it’s over for the weekend for us, so what we’re doing now is just trying to get it ready to put in the truck, and then next week, we’ll assess how much damage is there.

“Right now, it’s just getting this car in some sort of condition but making sure we concentrate on and don’t compromise 888 [Broc Feeney/Prince Jefri Ibrahim], because they’re in with a chance this weekend.”

Abu Bakar Ibrahim was on his Mount Panorama debut, but the 2017 Bathurst 12 Hour winner said he should not be too hard on himself.

“Hundred percent, he was on the limit,” said Whincup.

“To do an ‘eight’ around here on your first visit is pretty impressive.

“He was green sectors up the hill, so he was he was on it and as I said to him, we all crash in our first year about this, so don’t let the pride be scarred too much.”

The crash occurred late in Qualifying 1, with Qualifying 2 having now just started after a delay to proceedings.