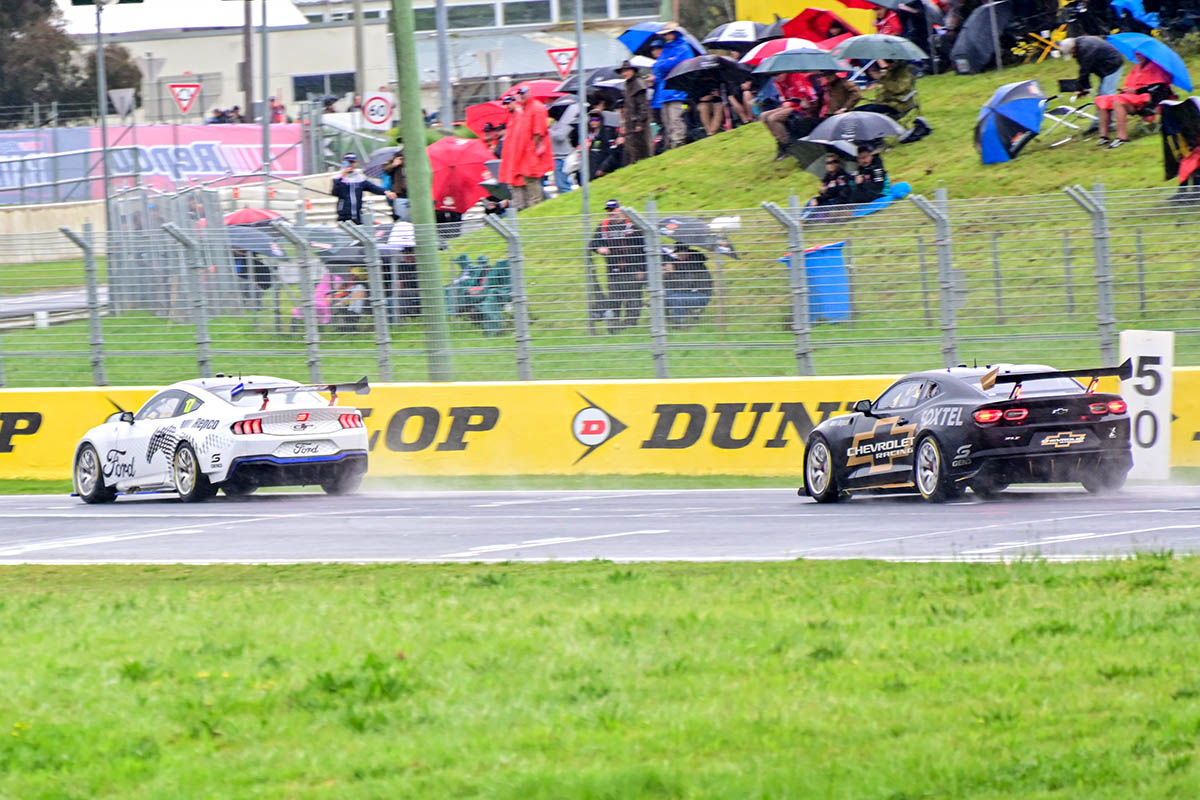 Supercars’ Head of Motorsport, Adrian Burgess, says the use of a softer compound tyre at Bathurst under Gen3 requires more testing before a decision can be made.

The championship intends to use softer Dunlop control rubber at Mount Panorama next year, where the hard compound has been the go-to.

One challenge is the demanding nature of the circuit with a number of high-load sections.

However, wet conditions spoiled the chance to collect data in every run.

“The first session was dry and we were on the soft tire and it was fine,” Burgess told Speedcafe.com.

“The feedback was, as we sort of predicted, the driver said the car moved around a bit, but it felt good — felt responsive.

“But that’s not enough running to sign off and say ‘yep, this is definitely our race tire’.

“We believe it will be and we want it to be; the jury’s out on that decision at the moment.”

Pressed on when a decision needs to be made, Burgess said: “We don’t need to make that decision yet.

“We can be a long way into next year before we need to make a decision or get the production going for the Bathurst allocation.”

All Dunlop tyres in Supercars, no matter the compound, are constructed the same.

Speedcafe.com understands the only concern in running a softer compound at Bathurst centres around the marbles.

Burgess explained other circuits may be used to reach a decision.

“You can use other circuits or validate where we’re at and the loads that will be generated and what we need to account for,” he added.

“We’re not going to make a decision [now]. We don’t need to be forced into anything.

“We’ll do the best job we can to make sure we make the right decision and the safest.

“At the end of the day, it’s about safety. You don’t want tyre failures doing 290km/h into The Chase.

“We’d like to run the soft, and we believe we can, but we’ll make sure we do the work before we sign off on something like that.”