Cameron Waters has qualified on provisional pole position for the Repco Bathurst 1000 in a session which finished with Macauley Jones in the wall after contact with Shane van Gisbergen.

Jones backed into the wall on the drop from The Esses into The Dipper after van Gisbergen showed the nose, with the latter gesticulating in his car in a fashion which suggested he felt he had been unduly held up.

Officials have announced that the incident, which occurred seconds before the chequered flag came out, is under investigation, placing a question mark on whether or not the #97 ZB Commodore will participate in the Top 10 Shootout despite being qualified fourth by the 2020 Great Race winner.

The other Red Bull Ampol Racing entry will definitely miss tomorrow afternoon’s one-lap dash after it failed to make the top 10 by four positions despite Jamie Whincup being handed the keys to the #88 car in which he is officially Broc Feeney’s co-driver.

Waters went as quick as a 2:23.6168s in Tickford Racing’s #6 Monster Energy Mustang while Lee Holdsworth was second-fastest at 0.2128s off the pace in the #10 Penrite Mustang.

The latter bumped Anton De Pasquale (#100 Shell V-Power Mustang) out of the top 10 in the final minutes, with just 0.0078s between them.

The 40-minute session had begun with a very wet track, but the rain having eased significantly if not stopped completely.

Mostert usurped him with a 2:25.2559s then pitted on his fifth lap, before Waters hit back with a 2:24.6876s on his sixth lap and then he too filed into the lane as tram tracks started to form and teams looked to re-pressure tyres. 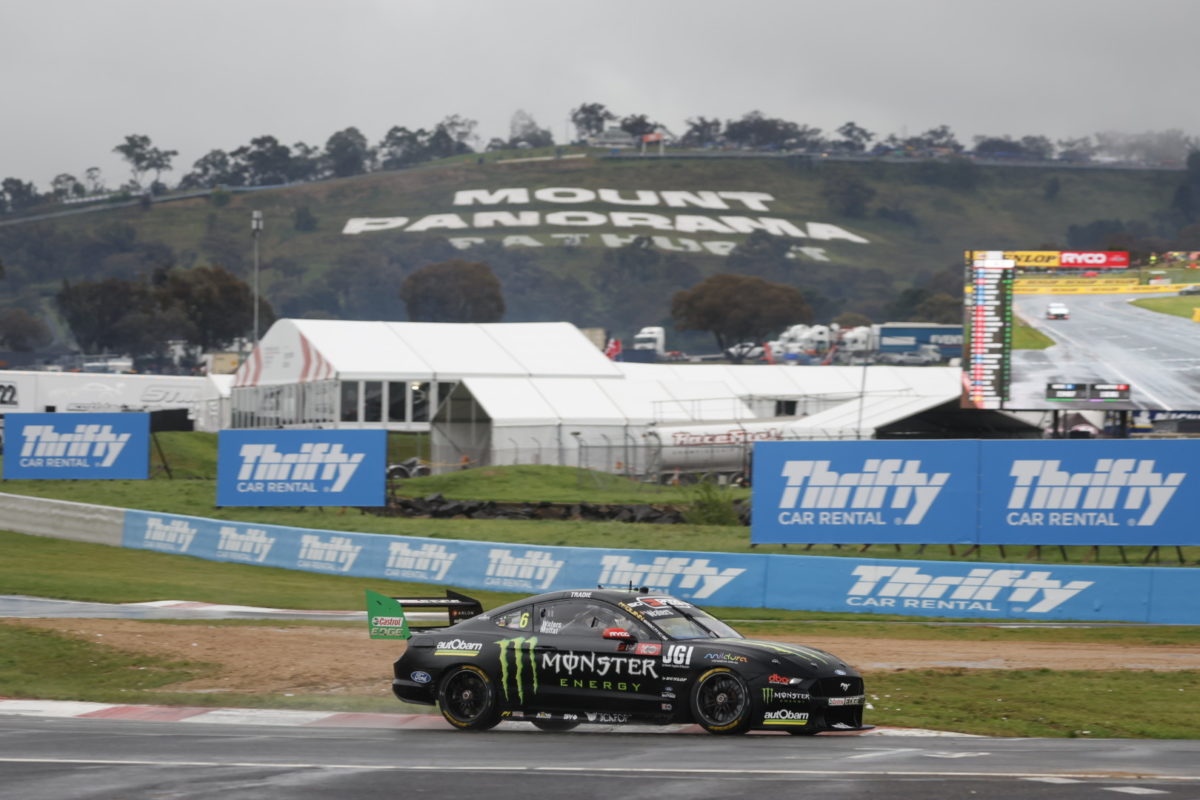 Waters climbed to third on a 2:24.2391s just before the half-hour mark, by which time the rain had started to fall in sprinkles again, and was first once more with a 2:23.6168s on his next lap.

In the final two minutes, Brown jumped from 18th to 10th in the car which had been repaired after his Practice 4 crash on a 2:25.0004s, pushing De Pasquale back to 11th.

Van Gisbergen improved his time but not his position when he then set a 2:24.0665s, but was fastest to the final sector on his final lap.

That was when he came up on Jones at The Esses and made contact with Brad Jones Racing’s #96 Wet & Forget ZB Commodore which caused it to rotate into the concrete on drivers’ left.

While the shootout is still to come, the rest of the grid is locked in with Heimgartner claiming 12th, James Golding (#31 Subway ZB Commodore) 13th, Whincup 14th, and wildcard Craig Lowndes (#888 Supercheap Auto ZB Commodore) 16th.

Practice 5, an hour-long session for co-drivers only, starts tomorrow morning at 10:20 local time/AEDT.