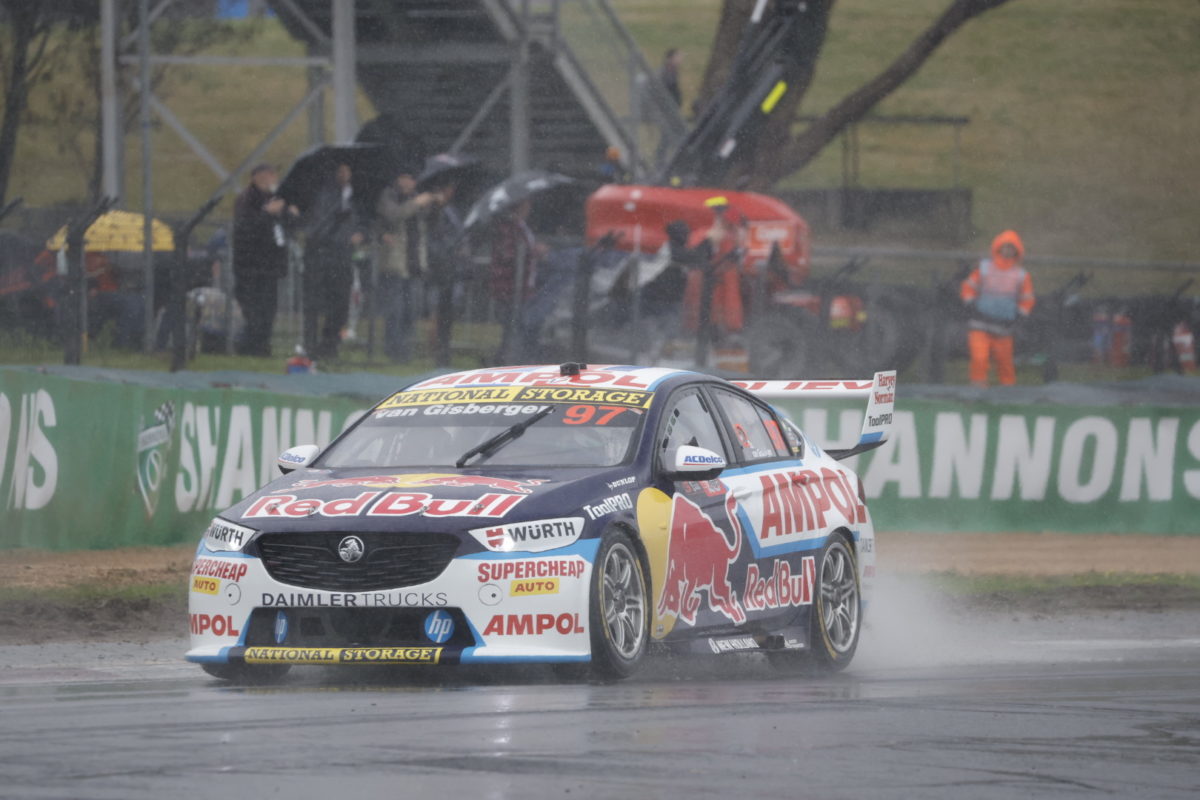 The Supercars Championship leader had reclaimed the ascendancy from team-mate Jamie Whincup just before Erebus Motorsport’s Will Brown hit the wall on the climb towards Reid Park with what would have been 13 minutes remaining.

That led to a scheduled hour-long session being declared early, locking in a Red Bull Ampol Racing one-two with van Gisbergen on a 2:30.2922s and Whincup more than a second in arrears on a 2:31.2961s in Broc Feeney’s #88 ZB Commodore, while Tickford Racing’s James Courtney (#5 Snowy River Caravans Mustang) took third on a 2:31.7691s.

The session produced three red flags and saw at least four drivers slip off the pit entry road, three of whom ran all the way through the infield and back across Murray’s Corner.

After three mostly dry Repco Supercars Championship sessions, the rain had finally started falling by the time Practice 4 got underway.

That in fact occurred 10 minutes late, with a recovery vehicle sent out to clear standing water and/or mud at The Chase after a chaotic Toyota 86 race just prior.

It was then that a red flag was called to recover Todd Hazelwood’s #35 Truck Assist ZB Commodore after he skated into the tyre wall at Griffins Bend, while replays also showed Tim Slade (#3 CoolDrive Mustang) glancing the wall at The Dipper.

When the session resumed after a halt of just over eight minutes, Richie Stanaway was next to make an impression when he moved up from sixth to second on a 2:32.1838s in the wildcard #51 Boost Mobile ZB Commodore.

Van Gisbergen soon improved to a 2:31.9709s although Stanaway, a little further back on the track, was set to usurp him until he lost several seconds in the third sector, unseen on broadcast cameras.

A chaotic period followed as a river across the pit entry road caught out three drivers, with Tony D’Alberto (#100 Shell V-Power Mustang) slipping off into the gravel trap while both Jake Kostecki (#56 Tradie Mustang) and Cameron Hill (#22 Coca-Cola ZB Commodore) reached Murray’s corner again after they swapped ends in the infield in separate incidents.

However, it was Macauley Jones who brought out a red flag in the 29th minute when he got loose turning off Conrod Straight into The Chase and the nose of the #96 Wet & Forget ZB Commodore swiped the wall on drivers’ right as it eventually came to rest in the gravel trap.

Just under 26 minutes remained when the session went green again, the extra 10 minutes having been exhausted, and Whincup was sent out in the #88 ZB Commodore despite indications he would sit out the session.

Van Gisbergen reclaimed top spot immediately with a 2:30.2922s, moments after team-mate Craig Lowndes had crossed the track after he too slid off the pit entry road in the #888 Supercheap Auto ZB Commodore and ploughed a huge wave of water.

The session remained green then, but Will Brown brought about a red flag in the 47th minute when he hit the wall on the way up to ‘The Tree’ in the #9 Boost Mobile ZB Commodore. 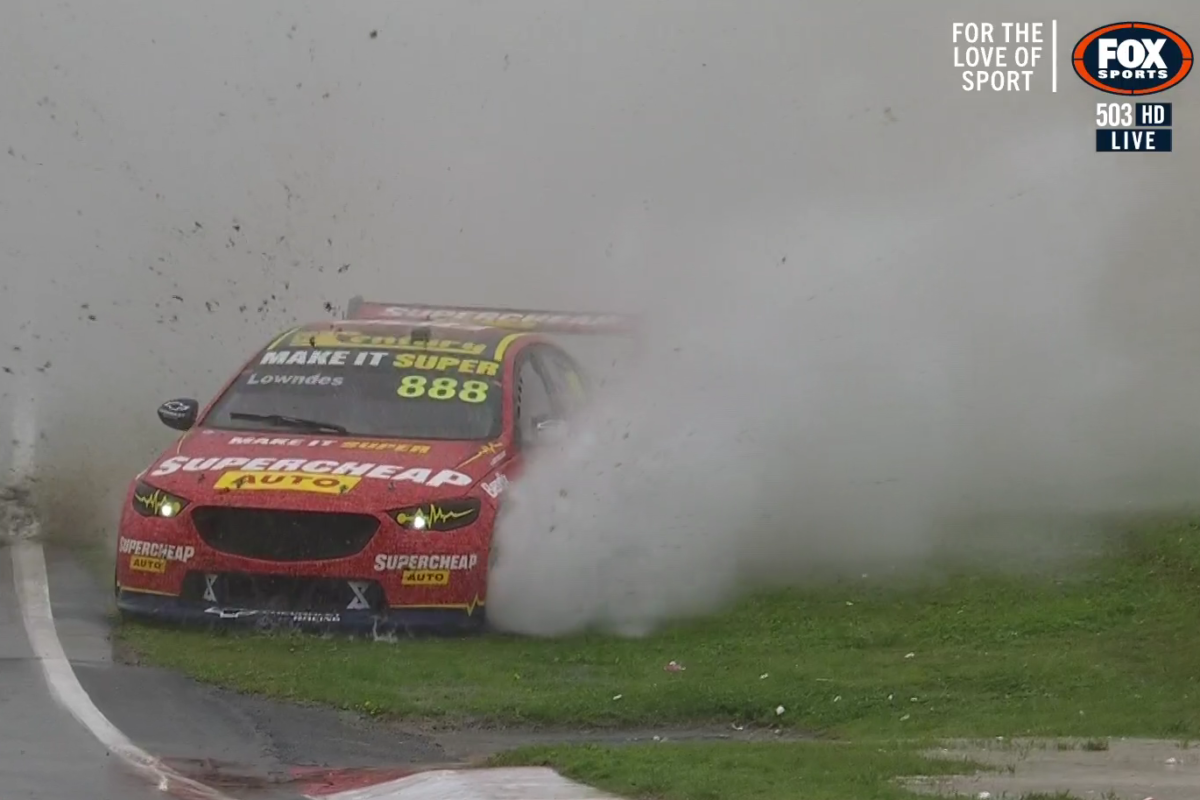 No restart would come, locking in a top four of van Gisbergen, Whincup, Courtney, and Stanaway, with Brown classified fifth despite ending up with a damaged car.

Qualifying, a 40-minute session, is scheduled to start this afternoon at 16:15 local time/AEDT.