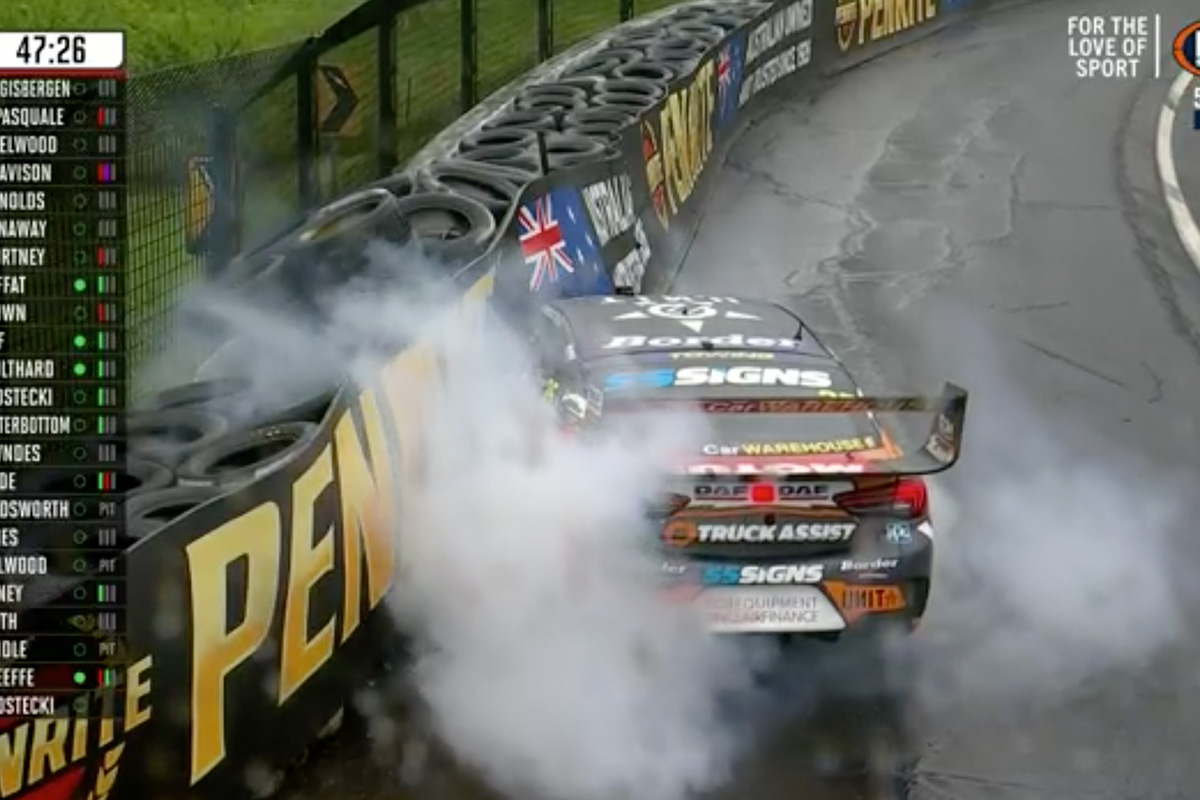 Todd Hazelwood has caused a red flag after finding the wall in the fourth practice session at the Repco Bathurst 1000.

Heavy rain began falling prior to the start of Supercars Championship Practice 4, causing havoc in the preceding Toyota 86 race.

Hazelwood went straight on at Griffins Bend, becoming buried in the tyre wall and causing an interruption to the hour-long session.

Replays also showed Andre Heimgartner running off at The Chase and making a trip through the gravel, while Tim Slade made contact with the wall in The Dipper.

UPDATE: Practice 4 has restarted after a delay of just over eight minutes. 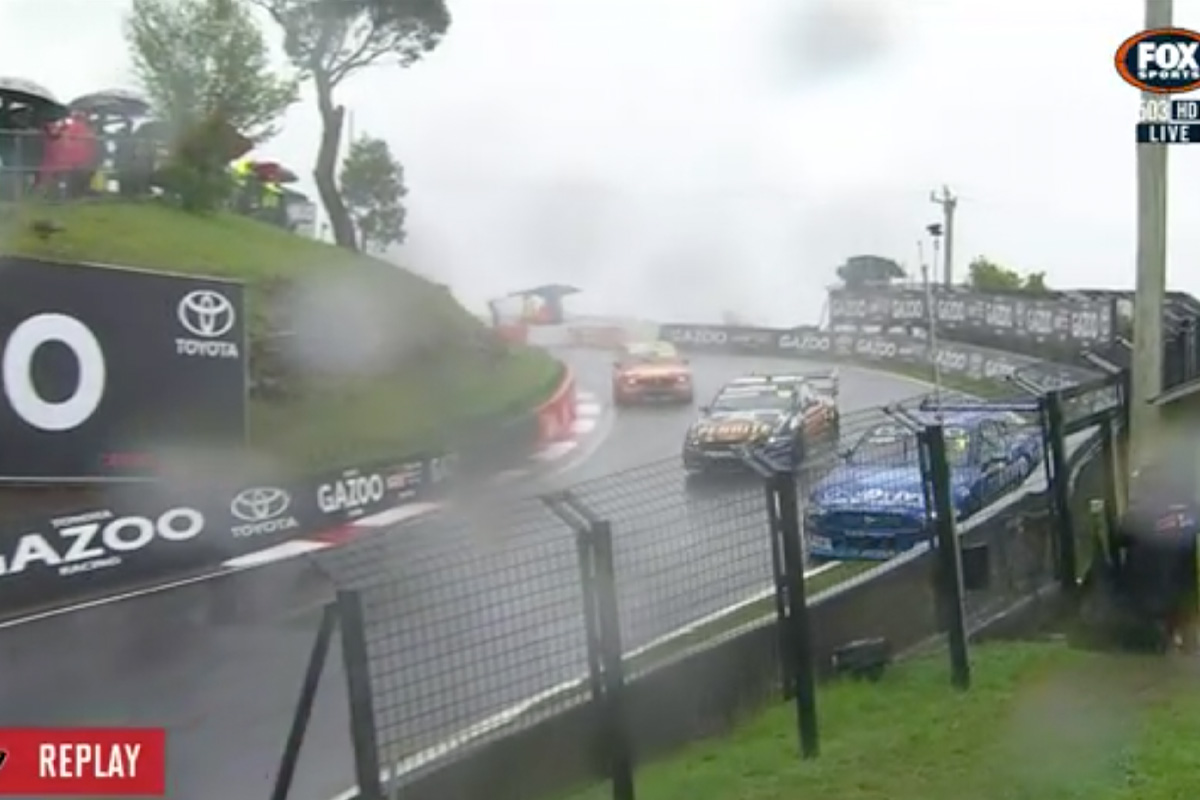