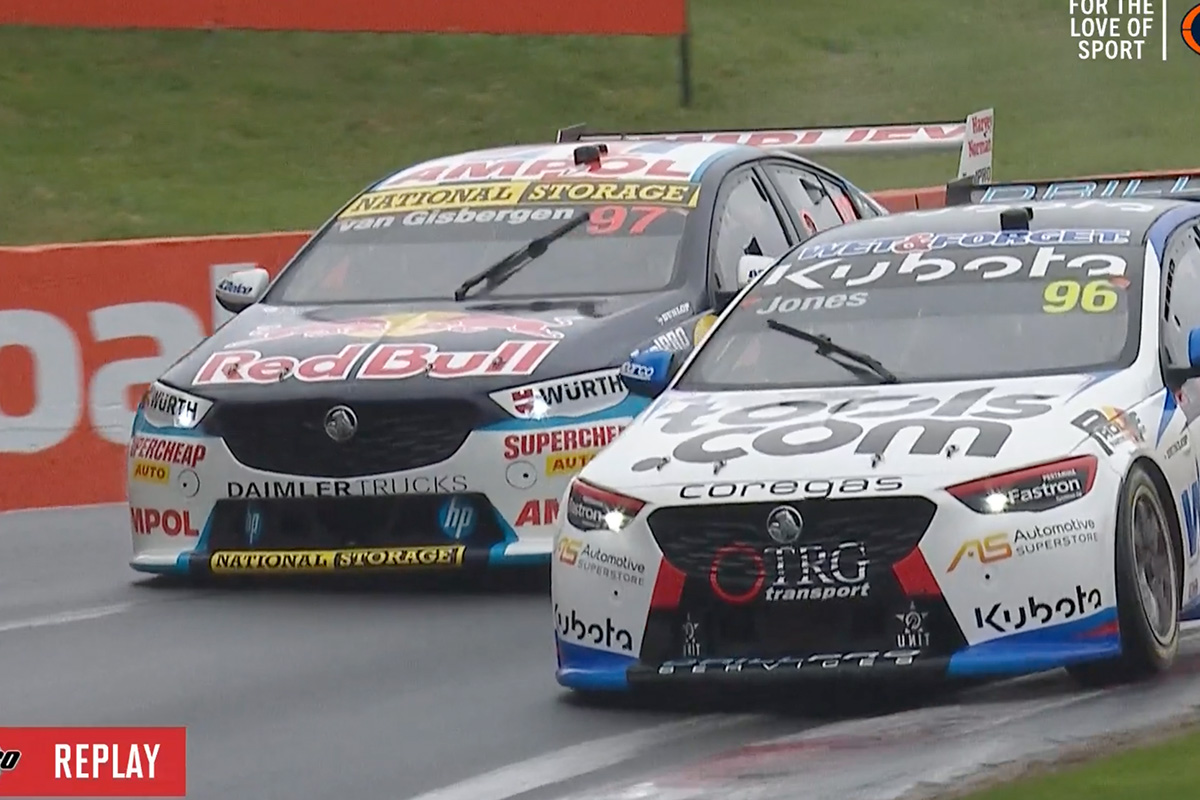 The incident about to unfold. Picture: Fox Sports

Shane van Gisbergen has been handed a grid penalty for his incident with Macauley Jones in Qualifying for the Repco Bathurst 1000.

The penalty to the #97 Red Bull Ampol Racing entry will be three positions, applied after tomorrow afternoon’s Top 10 Shootout.

It means that Car #97 can start no higher than fourth on the grid on Sunday morning, when either van Gisbergen or Garth Tander will be behind the wheel, and as low as 13th.

Replays showed that he had caught the #96 Wet & Forget ZB Commodore as they arrived at Skyline, then got an overlap as they dropped through The Esses.

Brad Jones was left bemused by the incident, while van Gisbergen did not comment when queried on the matter by Speedcafe.com.

In other judicial matters, Tickford Racing’s Jake Kostecki has been fined $10,000 (half suspended) for passing another car and then reaching a speed exceeding 220km/h during a red flag period in Practice 4.

Stewards investigated but cleared the #5 Tickford entry of James Courtney after Walkinshaw Andretti United made a request regarding alleged impeding of Chaz Mostert in Qualifying.

Practice 5, an hour-long session for co-drivers only, starts tomorrow morning at 10:20 local time/AEDT.