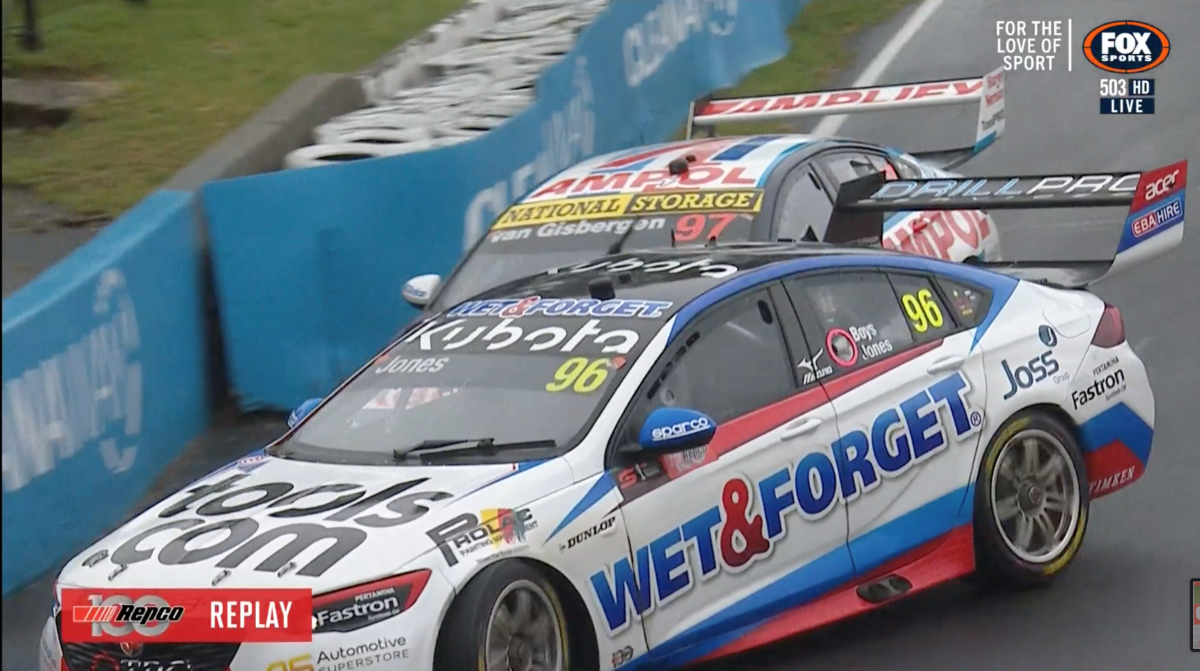 Brad Jones has been left bemused after one of his cars finished Qualifying for the Repco Bathurst 1000 in the wall as a result of contact with Shane van Gisbergen.

Macauley Jones backed into the concrete after a touch from the Triple Eight Race Engineering driver as they exited The Esses in the final seconds of the 40-minute session at Mount Panorama.

Replays showed that van Gisbergen had caught the #96 Wet & Forget ZB Commodore as they arrived at Skyline, then got an overlap as they dropped through The Esses.

At the right-hander on the way out of the complex, Car #97 made contact with the right-hand side of the Brad Jones Racing entry towards its rear corner, causing it to rotate.

“He definitely wouldn’t have been on a fast lap because he was trying to go around the outside of someone and the other car can’t just disappear. I don’t know what he was thinking.

Van Gisbergen qualified fourth and Macauley Jones 22nd for the Mount Panorama enduro, with the incident under investigation.