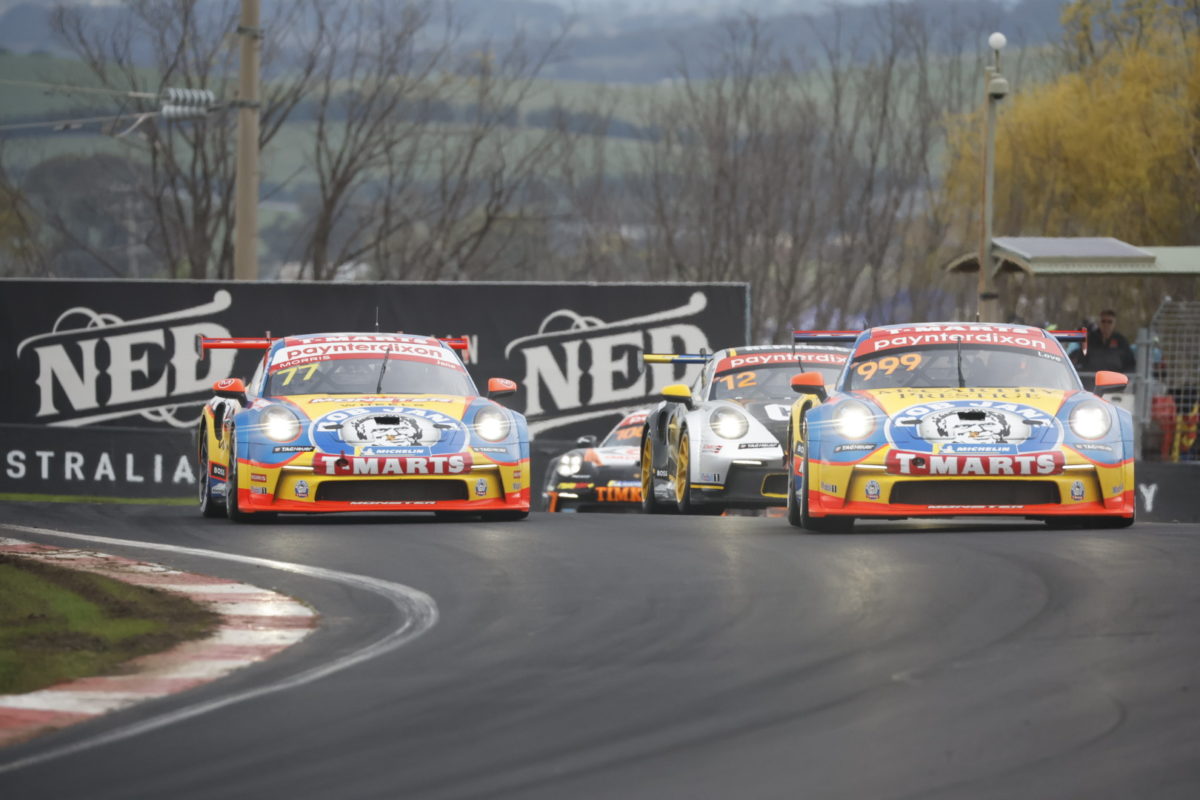 The Sonic Motor Racing driver lapped the 6.213km circuit in a blistering 2:05.3525s to seal pole position, with RAM Motorsport driver Dylan O’Keeffe (2:06.0289s) and Timken Racing’s Dale Wood (2:06.1295s) clocking times late in the session to secure starts at the front of the field.

“It was the first time in this car, at this track, but it was the same for everybody.

“It was a case of learning the track and seeing what this car can do, but then it started raining a little bit and just threw another curveball at us.

“But just really happy we can come away with pole, but also learn a lot about the car in the process and have no scratches on it, so I’m pretty stoked.”

Qualifying was red flagged after TechworkX Motorsport’s Max Vidau went into the sand trap at Turn 1.

After the #72 was retrieved, the session effectively became an eight-minute shootout for pole position.

Points leader Harri Jones (2:06.7962s) bounced back from heavy contact in Practice to qualify fourth, while Vidau (2:06.9092s) also recovered from his off that caused the red flag to qualify fifth.