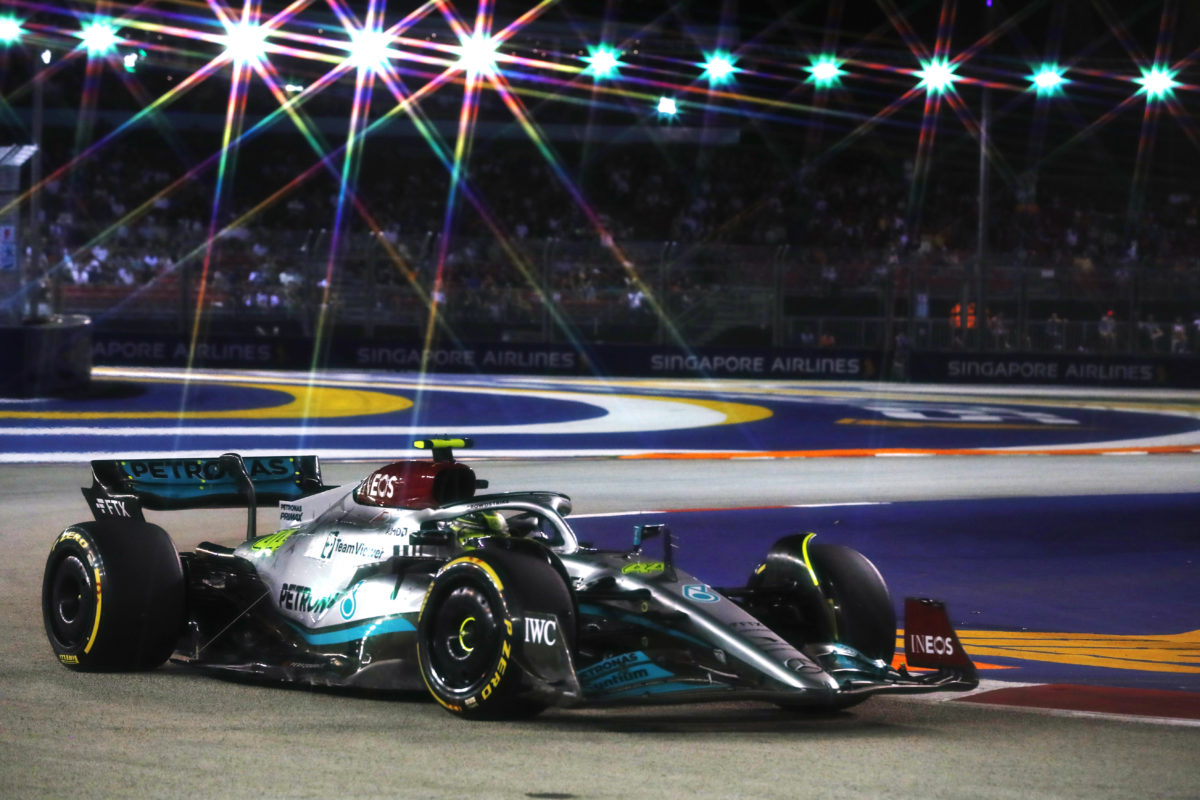 Mercedes boss Toto Wolff has described the Formula 1 Singapore Grand Prix as a “tough lesson” after scoring just two points from the event.

Lewis Hamilton came home ninth in the wet-dry affair while George Russell had a day to forget to finish just 14th.

Hamilton qualified well, to the point of looking a threat for pole position on Saturday, while problems throughout practice for Russell left him starting from the pit lane after his power unit was replaced following Qualifying.

From there, the weekend truly unravelled.

Hamilton was elbowed aside at the start and a mistake mid-race saw him nose into the barrier, damaging his front wing and forcing him to pit for a replacement.

Russell was also in the wars, picking up a puncture following contact with Mick Schumacher.

He stopped early to become the first to gamble on the switch to dry tyre, which proved too early, before pitting again late on to deny Red Bull and Ferrari the bonus point for fastest lap.

Following a string of consistent and seemingly improving performances in recent races, it was a tough pill to swallow for Wolff.

“This season has given us several tough lessons – and today was another one,” he said after the race.

“We started from opposite ends of the grid with our two cars, but we couldn’t capitalise on the car’s race pace with either of them, when it came to an end result.

“Lewis was fighting for the podium for much of the race – but also battling a car balance that was on a knife edge today, in difficult conditions and on the bumpy surface.

“After he locked up and damaged the wing, the stop to change tyres and the nose cost him position – then he lost out even more when cars ahead pitted under Safety Car and jumped ahead.

“That left him stuck in a train of cars on very similar aged tyres, and he couldn’t make up any ground.

“For George, we rolled the dice on dry tyres when he was running out of the points – in hindsight, it was clearly too early, but he had nothing to lose, so we were prepared to take the gamble.

“Even so, as the race unfolded, he was still on course to make it back to the points until the collision with Mick, which put him last on the road.”

Having been within touching distance of Ferrari for second in the constructors’ championship heading into the weekend, the gap between the two has blown out to 66 points with six races remaining.

Overhauling the Italian operation is now a long shot as Mercedes needs to outscore it by an average of 11 points a race for the balance of the season.

“The biggest frustration today is that we couldn’t build on the signs of competitive performance we saw in FP2 and in qualifying,” Wolff added.

“Our championship fight for P2 has got significantly more difficult with this result, but the only thing to do is to collect ourselves and throw our energy into the next race in Suzuka to rebuild momentum.”

Formula 1 is back in action this weekend with the Japanese Grand Prix, opening practice for which begins on Friday.